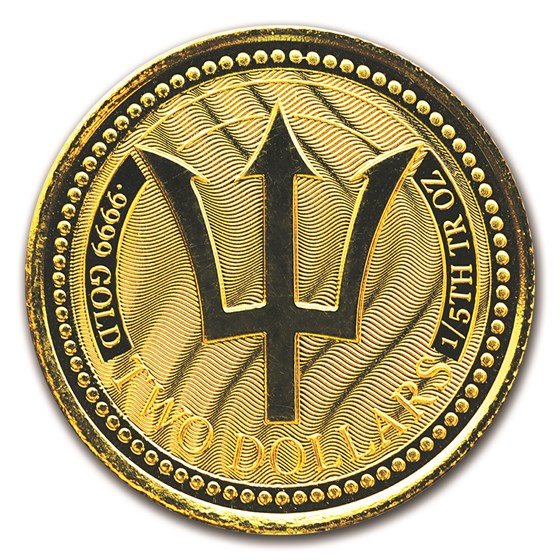 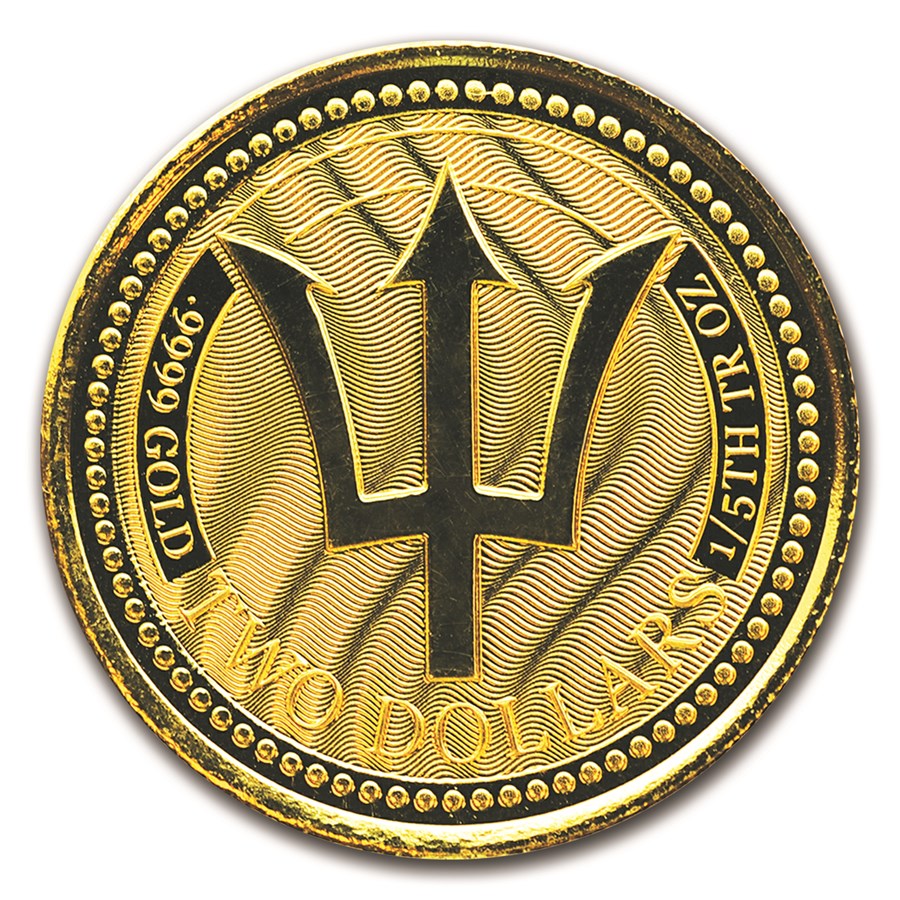 $44.50
Any Quantity
Product Details
Product Details
This beautiful 1/5 oz Gold coin is the first ever released from Scottsdale Mint. Minted in .9999 fine Gold, the Trident is the perfect addition to this popular series, offering a low mintage and an attractive price point that is ideal for new investors.

1. Packaged in airtite coin holder. 2. No Queen on reverse, although the queen isn't bad. 3. Beautiful Coin, great design, hope they make more then just the one year...

I will be buying this again! And again!

I have bought two of these so far, it is just a beautiful coin! Will definitely be buying more, and I like the even 0.2 oz better than the 0.1867 oz. That's probably just me.