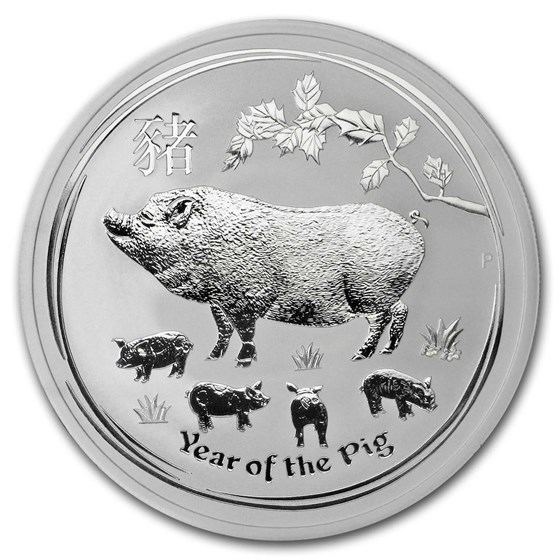 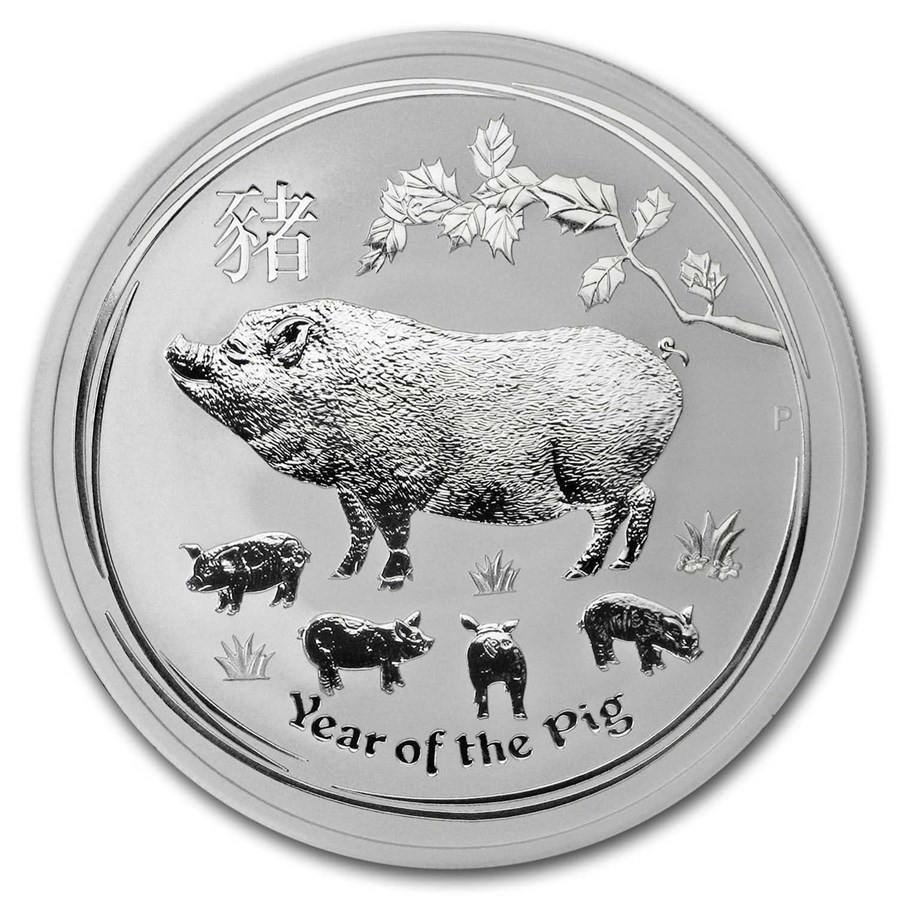 Product Details
Product Details
Only $7.99 per oz over spot
Popular worldwide, Perth Lunar coins are a collector favorite. Celebrate the Year of the Pig in 2019 with this impressive 2 oz Silver coin. Each coin contains .9999 fine Silver adding Silver value to the unique design.

These beautiful Silver coins celebrate the Year of the Pig, the twelfth animal in the 12-year cycle of the Chinese zodiac, and are the last coin in the Silver Lunar Series II. A landmark coin series of the highest regard, the Perth Lunars package beautiful designs, limited mintages and universal appeal all in one program.

APMEX is an authorized distributor of Perth Mint products, allowing APMEX to get coins directly from the Perth Mint and pass them along to you. This Year of the Pig coin would make a great addition to any lunar collection. Add this spectacular 2019 2 oz Silver Year of the pig coin to your cart today!

Perth Mint's Australian Lunar Series II collection epitomizes the rich tradition of minting spectacular bullion coins by portraying animal themes from the Chinese Lunar calendar. The reverse design changes each year based on the Chinese lunar calendar, and the 2019 reverse celebrates the Year of the Pig. The birth dates for people born in the Lunar Year of the Pig include 1923, 1935, 1947, 1959, 1971, 1983, 1995, 2007 and 2019. Those born in these years are said to be honest, loyal, sincere and generous with a calm temperament.

Great coin and I love pigs

Very Nice Coin. yeah it's a pig. so what. The coin is a Perth Mint, so it is worth every penny

Difficult to make a pig attractive I suppose. Ugliest of the lunar coins but completes my collection. Yuk, Perth mint could have done a better job!