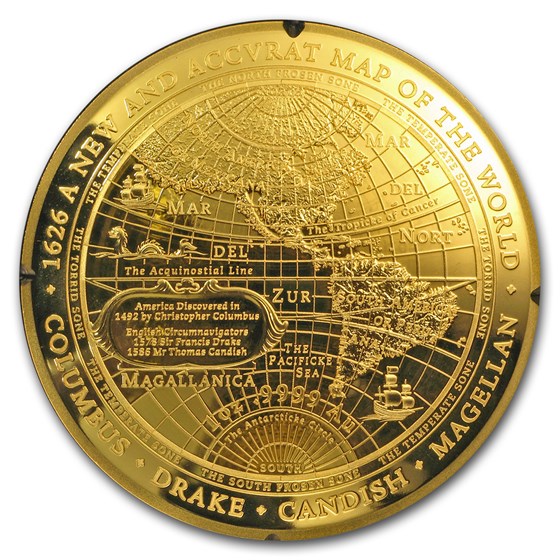 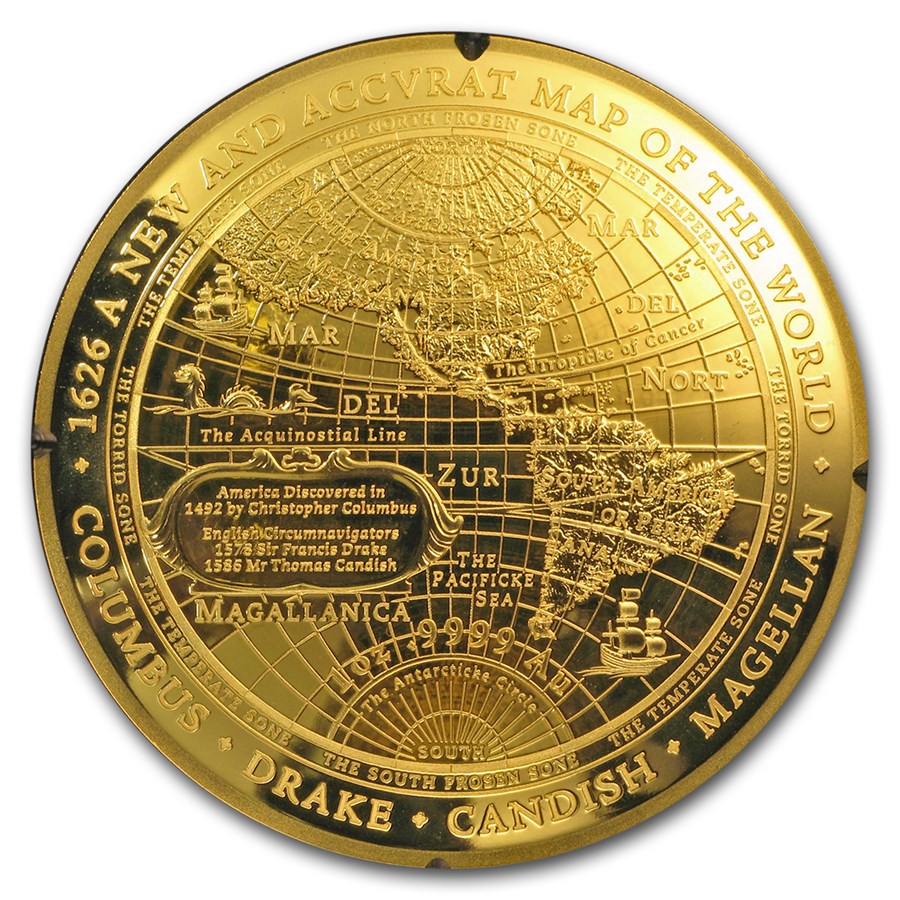 Your purchase is guaranteed to match the quality of the product shown. It will not be this exact item.
Product Details
Product Details
APMEXclusive® The second and final release of the two-coin Proof Gold Terrestrial Dome series by the Royal Australian Mint is concluded with a 1626 map of the Western Hemisphere, illustrating a work of art from the Age of Discovery.

The 15th and 16th century explorations by famous explorers during this era paved the way for the world as it is today. The new found lands during this Age of Discovery are commemorated in beautiful detail on this Proof Gold domed coin, based on historic and rare maps of the period.

Coin Highlights:
The first coin in this series, the 1812 Map of the World Eastern Hemisphere, sold out at the Mint within the first two weeks of the product's release! This limited mintage Gold domed coin completes the two-coin Terrestrial Domed series with its unparalleled, intricate detailing. It is uniquely suited for history buffs, gift-givers and investment enthusiasts alike. Add the 2018 1 oz Gold Proof $100 Map of the World - Western Hemisphere Domed coin to your cart today!