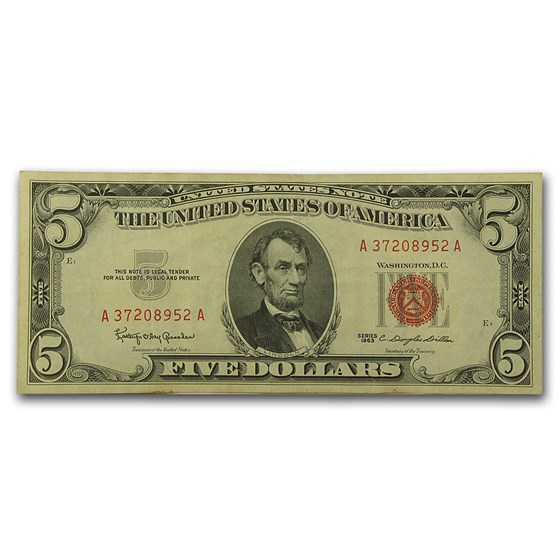 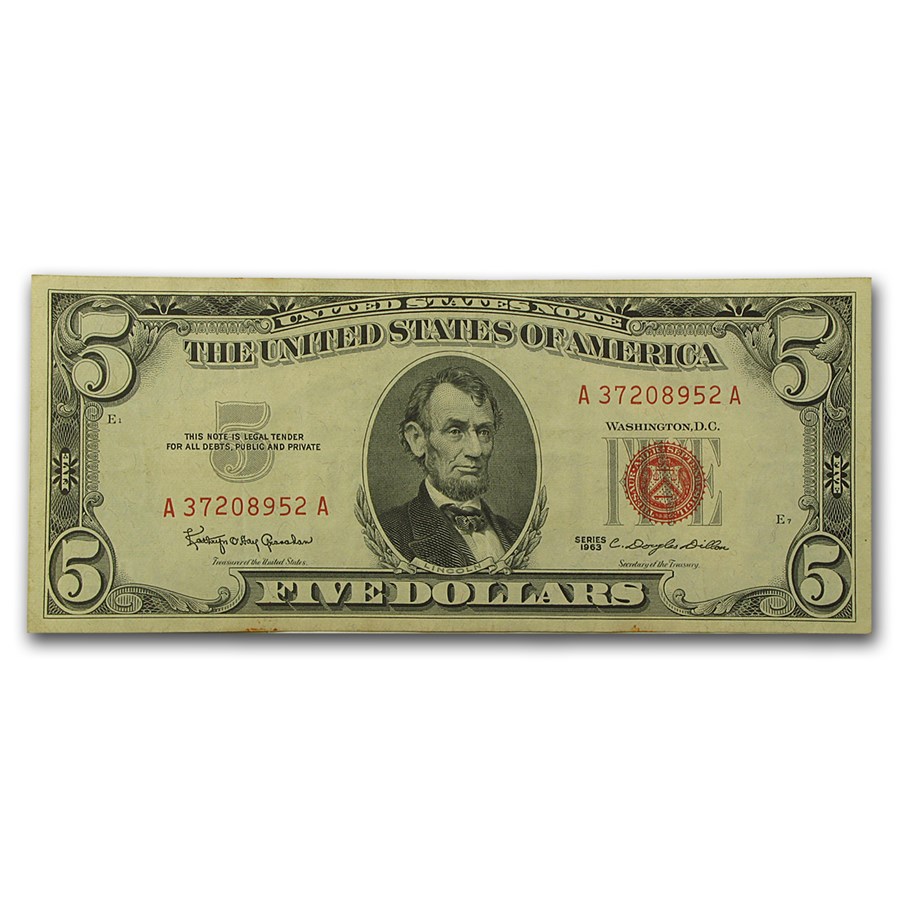 Product Details
Product Details
These $5.00 United States Notes have a Red Seal and were the last of the $5 Legal Tender notes issued. These notes will grade at least Extra Fine, and make great gifts as conversation pieces, or for the beginning collector.

Currency Highlights:
Add some of these nice notes to your cart today!

In addition, their original printing of just over 63 million is small by today's standards! These notes are a great part of history that can easily be added to any collection.