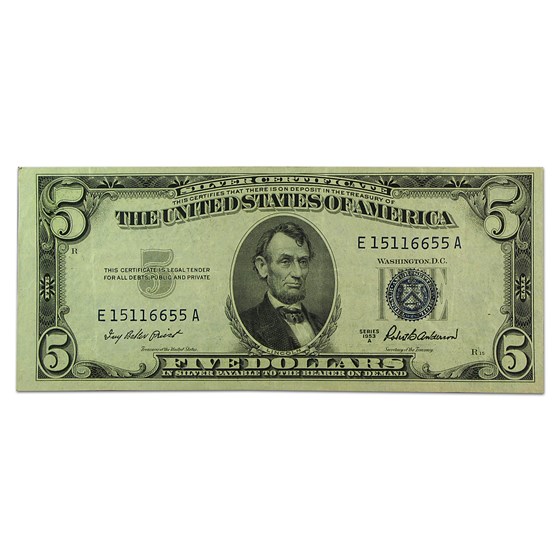 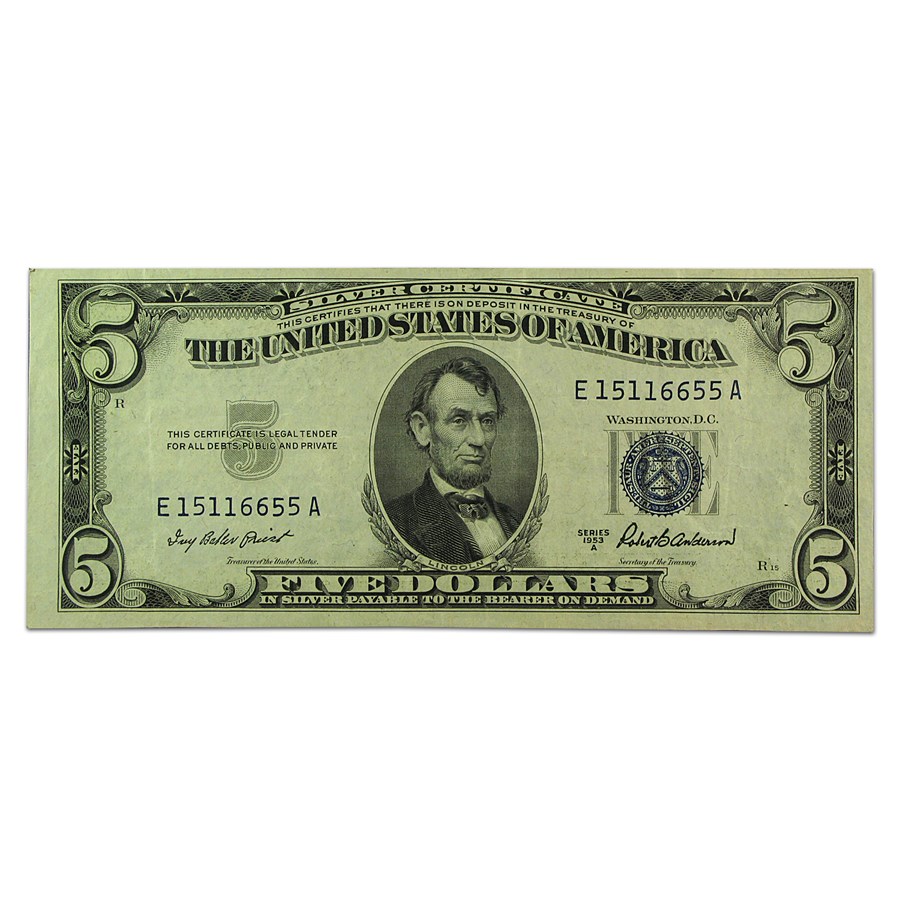 Product Details
Product Details
A great buy since these typically retail for a least $25 each in this grade! All notes are in Almost Uncirculated condition from series' of choice; 1953 through 1953-B.

Series 1953 through 1953-C of our choice and limited to available inventory.

Series 1953 $5 Silver Certificates were printed in large numbers, and they saw heavy usage until the type was discontinued in the 1960s. These $5 Silvers are popular with collectors, and these are getting harder to find in better grades like this. Although they are still legal tender, their blue seals and serial numbers make them great collector items.