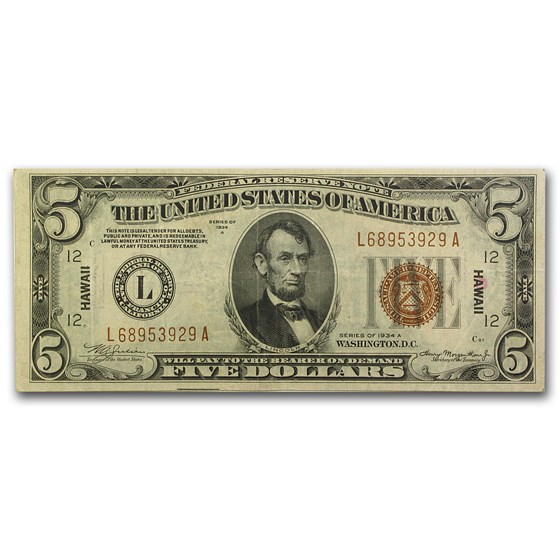 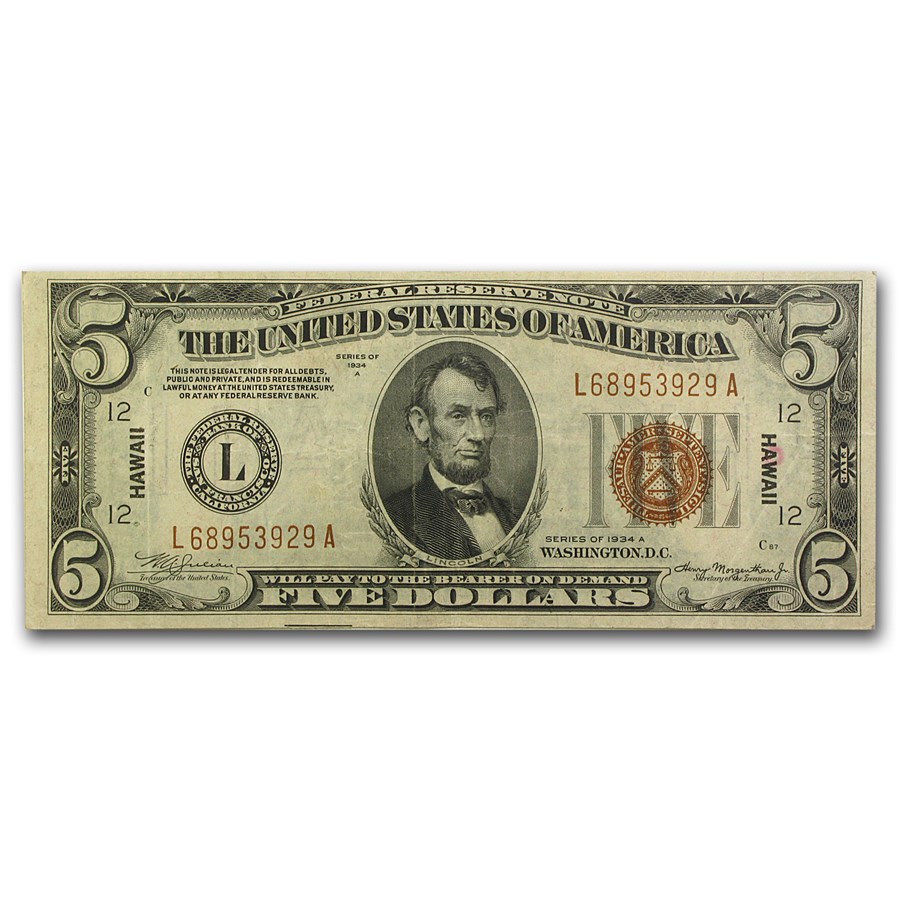 Series 1934-A $5 Federal Reserve Notes with the HAWAII overprint are very popular with collectors. Add some of these great collector’s items to your cart today!

Issued following the Japanese attack on Pearl Harbor for use in the Hawaiian Islands. Due to the very real possibility of a Japanese invasion of Hawaii and the west coast following Pearl Harbor, the Treasury Department issued these special notes. In the event of the currency falling into enemy hands, these could be rendered worthless by the government.

Although many of these notes were printed during the war, they are seldom seen today!