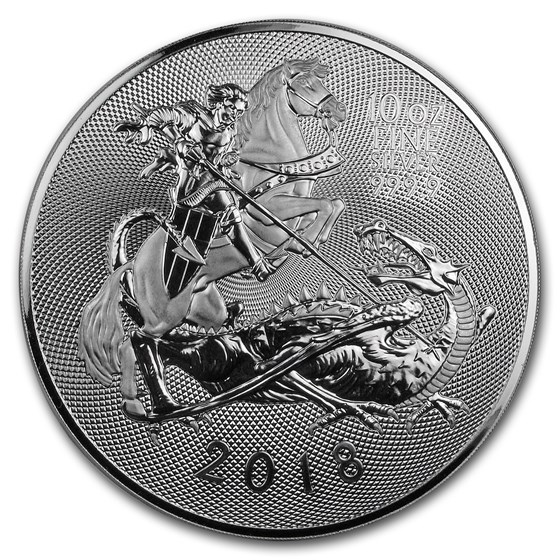 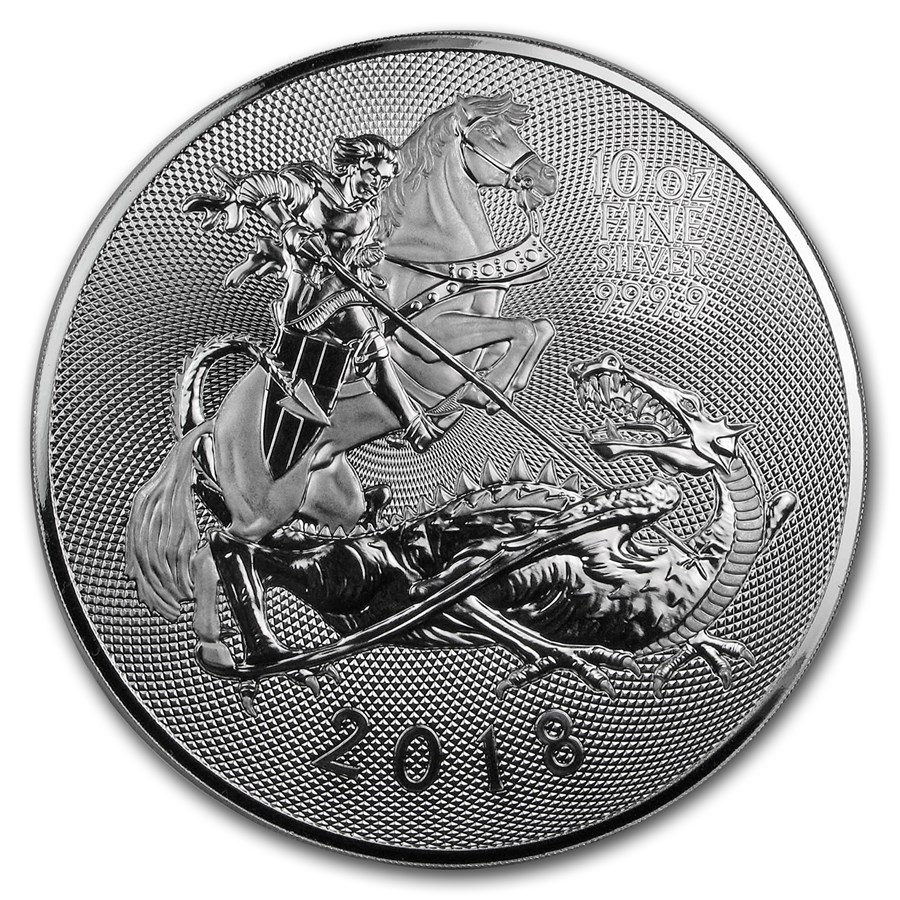 $92.96
Any Quantity
Product Details
Product Details
This impressive .9999 fine Silver coin features one of England's most famous legends of St. George and the dragon. This is the first coin from The Royal Mint with an incuse design, and also includes frosting on the reverse to enhance the design.

My favorite coin and display piece

One of the best designs I have seen on a coin. This is a piece of art for display. i love this coin. 5 out of 5 stars.

The price per ounce was excellent and best of all, the coin is superb. The design and finish are absolutely stunning! I highly recommend this coin! Mint condition coin in an airtight capsule.

Love the background texture design. The contrast in texture : smooth, rough and chopped up texture make this piece very attractive.