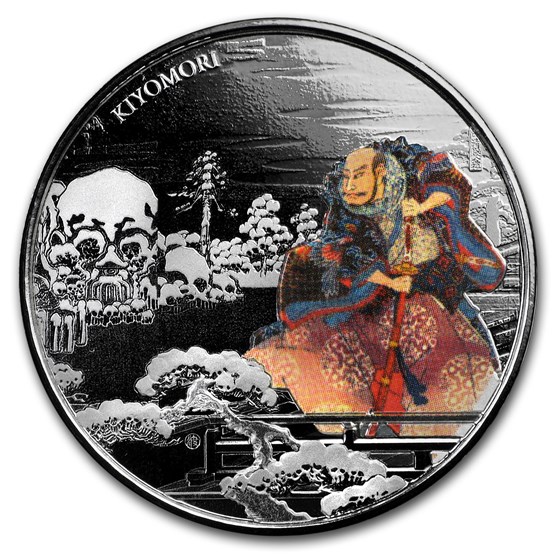 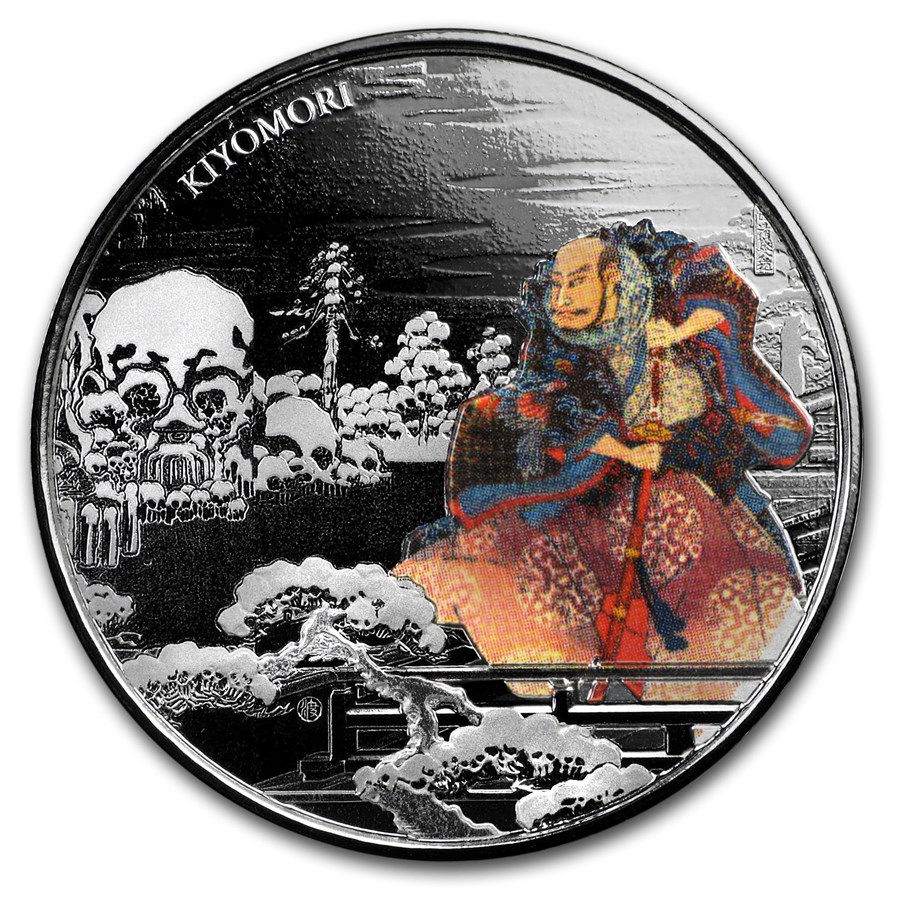 As the head of the fearsome Taira clan, Kiyomori gained prominence through his military triumphs during the Hogen and Heiji Rebellions. Tiara no Kiyomori came to dominate the court politics as well, bringing an end to the direct Imperial rule and establishing the first samurai-dominated administrative government in the history of Japan.

Add all the Fijian series from Scottsdale Mint to your collection. Add this beautiful Colorized Silver Samurai coin to your cart today!

Wonderful detail on the color, it is unique piece in my collection. I saw it, I wanted it.