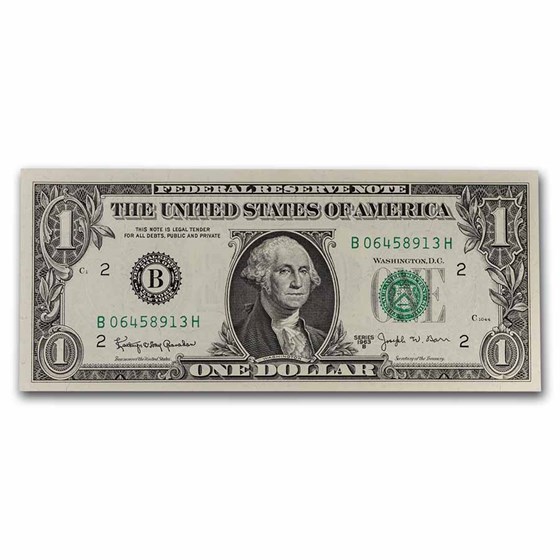 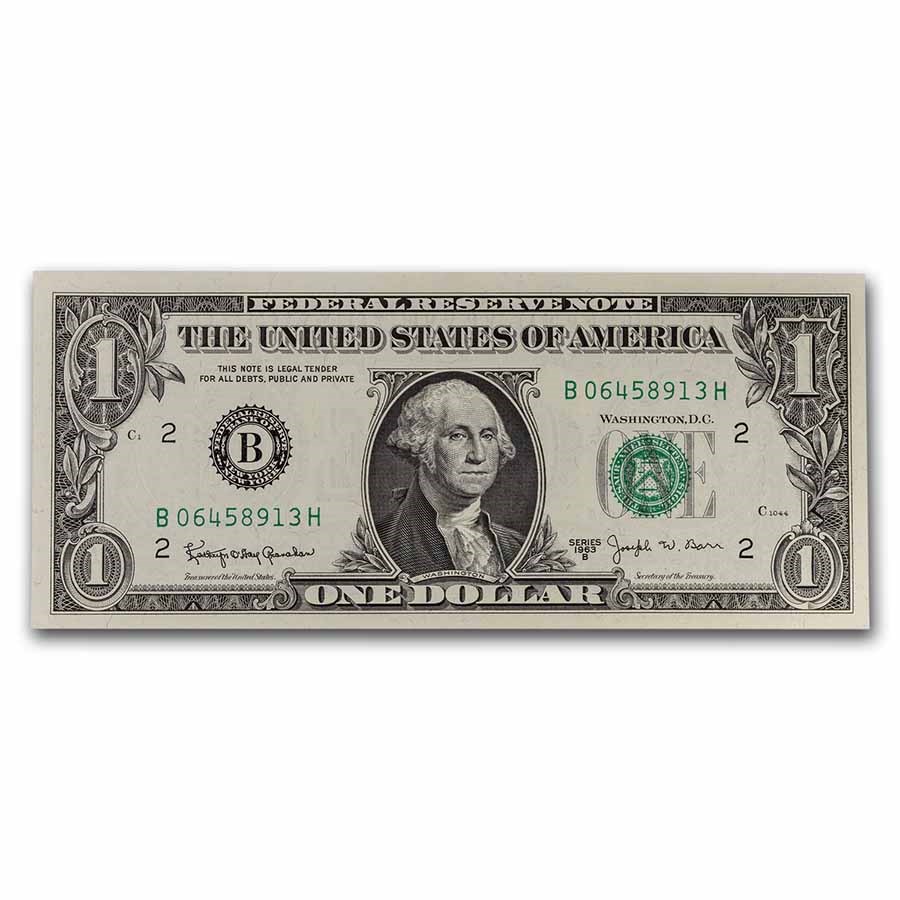 Product Details
Product Details
This Series 1963-B Series $1 Federal Reserve Note from the New York district is in Crisp Uncirculated condition. These are the famous "Barr" notes.


Protect your currency in storage from the adverse effects of moisture in the air by adding these silica gel packets to your order.

Add these notes "Barr" notes to your cart today!

Serving the shortest term as secretary of Treasury - less than a month from December 21, 1968 to January 20, 1969 between the terms of Henry H. Fowler and David M. Kennedy - Joseph Barr and his signature on the $1 Federal Reserve Notes were destined to become a standout in the world of paper money collectors.

Creating immediate speculation, these notes have become a staple in most collections.

this is an ordinary bill look. Yet I think it is a good start to my collection.