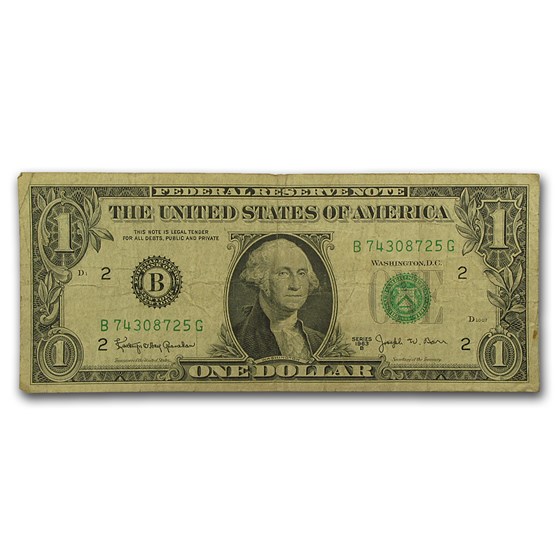 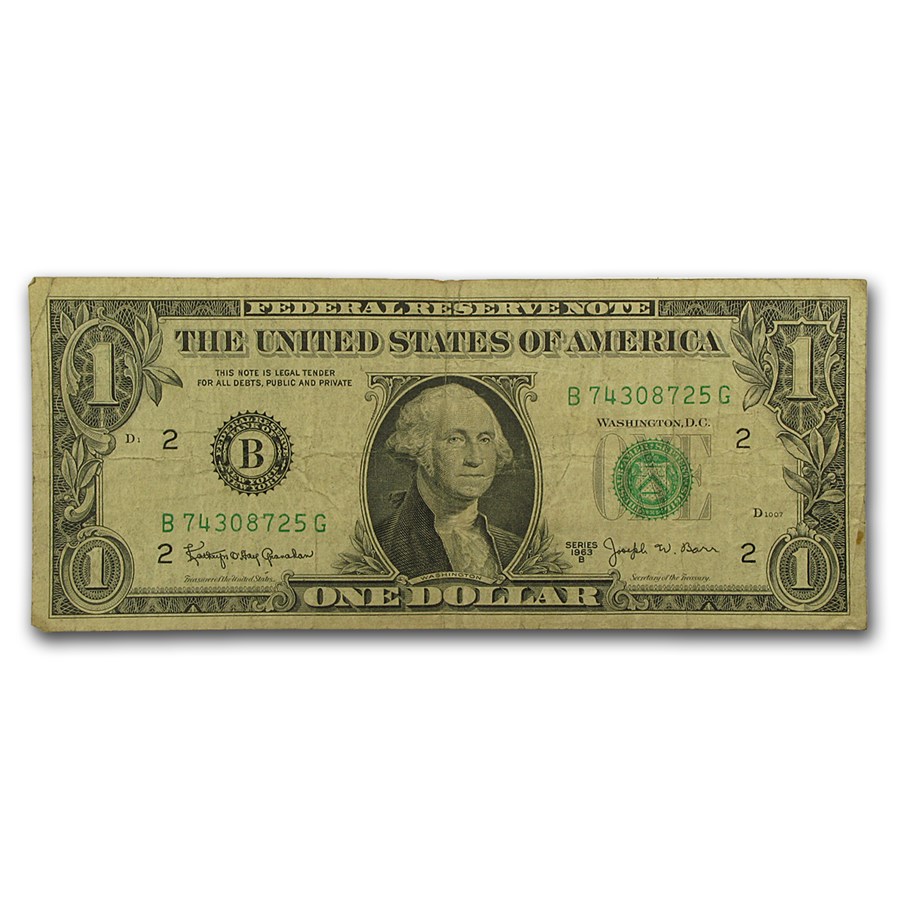 Product Details
Product Details
These notes are from the third series of One Dollar Federal Reserve Notes issued in 1963 that replaced the then standard Silver Certificates that circulated as our One Dollar unit of paper money.

Serving the shortest term as Secretary of Treasury - less than a month from December 21st, 1968 to January 20th, 1969 between the terms of Henry H. Fowler and David M. Kennedy - Joseph W. Barr and his signature on the $1 Federal Reserve Note were destined to become a stand out in the world of paper money collectors. Creating immediate speculation, these notes have become a staple in most collections, if for no other reason than their sheer uniqueness. Add one of these to your cart today!

Granahan/Barr signatures. Districts of our choice.