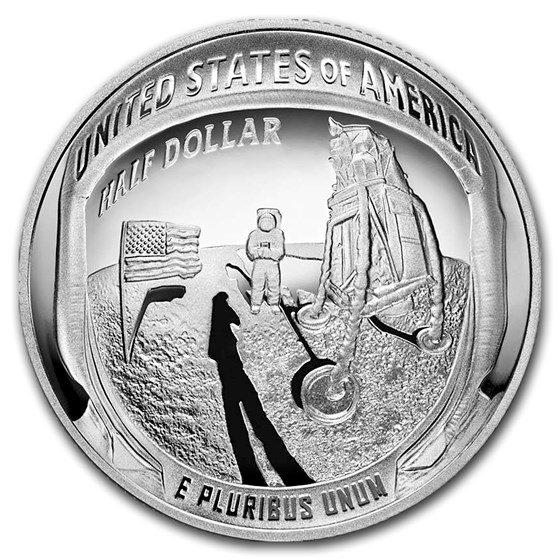 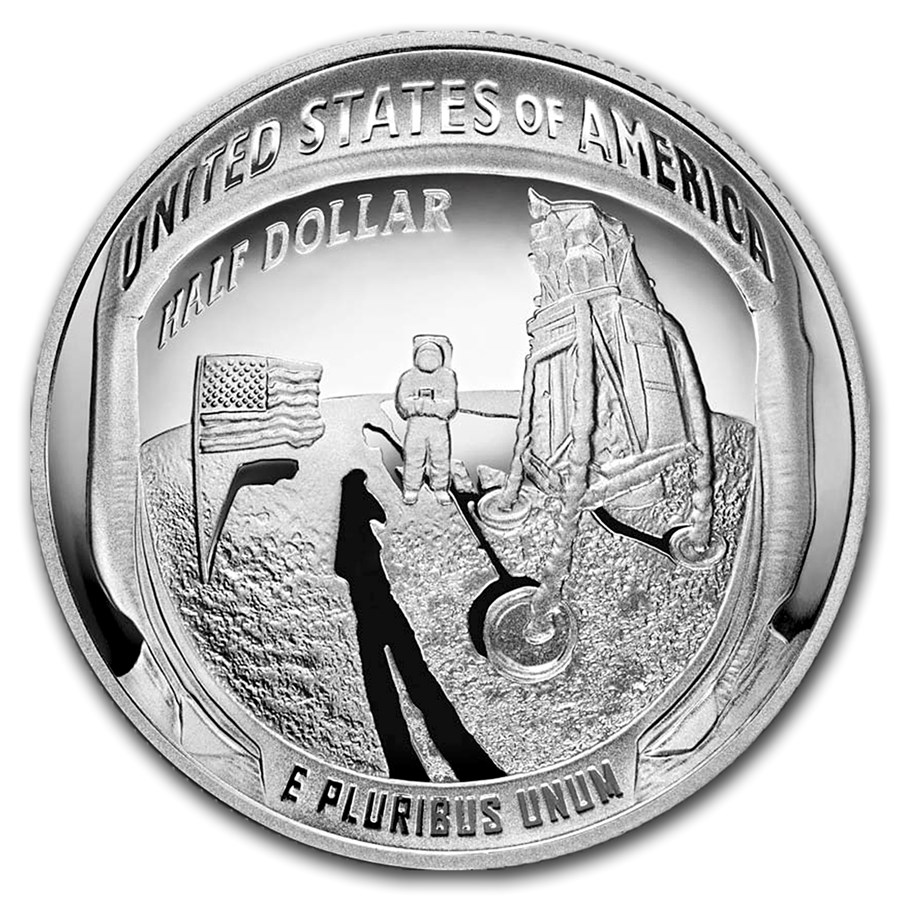 Product Details
Product Details
These proof half dollars, minted in San Francisco, feature an attractive design minted on a unique curved planchet to commemorate the 50th anniversary of the Apollo 11 moon landing on July 20, 1969.

This coin represents one of the greatest achievements of the United States in the 20th century with an innovative new collectible. Add the domed Apollo 11 half dollar to your cart today!