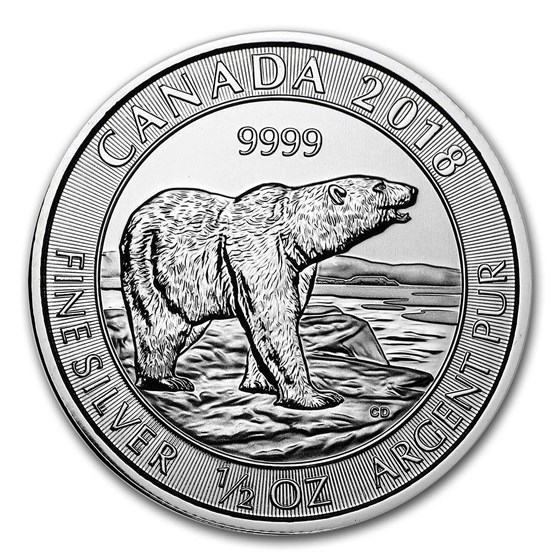 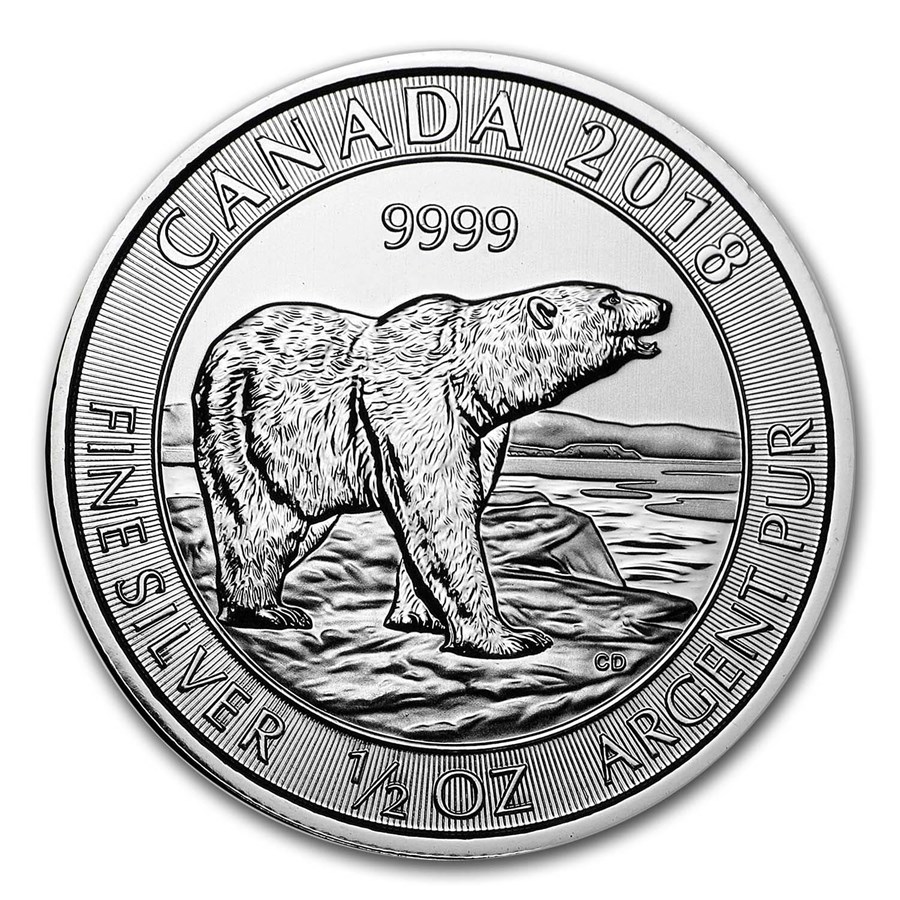 Your purchase is guaranteed to match the quality of the product shown. It will not be this exact item.
Product Details
Product Details
The polar bear is one of the most majestic creatures to walk the face of the planet and is found exclusively within the Arctic Circle. This 2018 1/2 oz Silver BU features a detailed engraved image of the polar bear gazing into the icy expanse.

Add this spectacular 1/2 oz Silver coin from the Royal Canadian Mint to your cart today!

The polar bear is one of the largest omnivorous bears in the world and it is roughly the size of the omnivorous Kodiak bear. The average male in the species can weigh as much as 1,534 lbs and has varying body characteristics compared other similar species that have adapted for its life in the colder Arctic regions of the world.

Particularly, the polar bears body has evolved to accommodate moving its large frame across the snow, ice, and open sea. Although born on land, most polar bears spend the majority of their time swimming in the open ocean between nearby landmasses or ice shelves. Polar bears mainly persist on seals attacked along the edges of ice shelves.

This design is absolutely beautiful!

Glad I bought this coin since I received it at mint condition, this is a great adition for anybody looking for fractional silver.