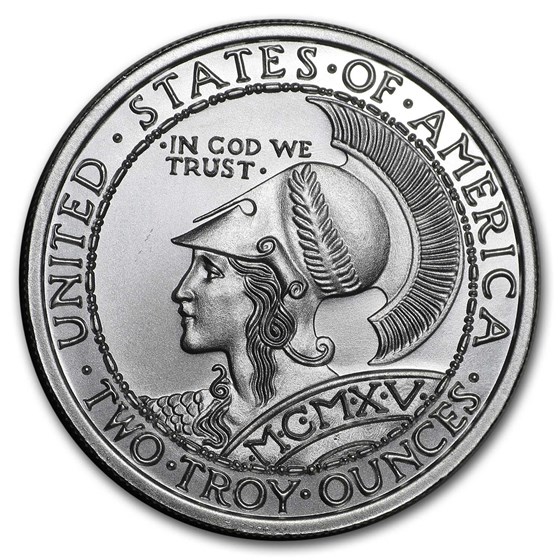 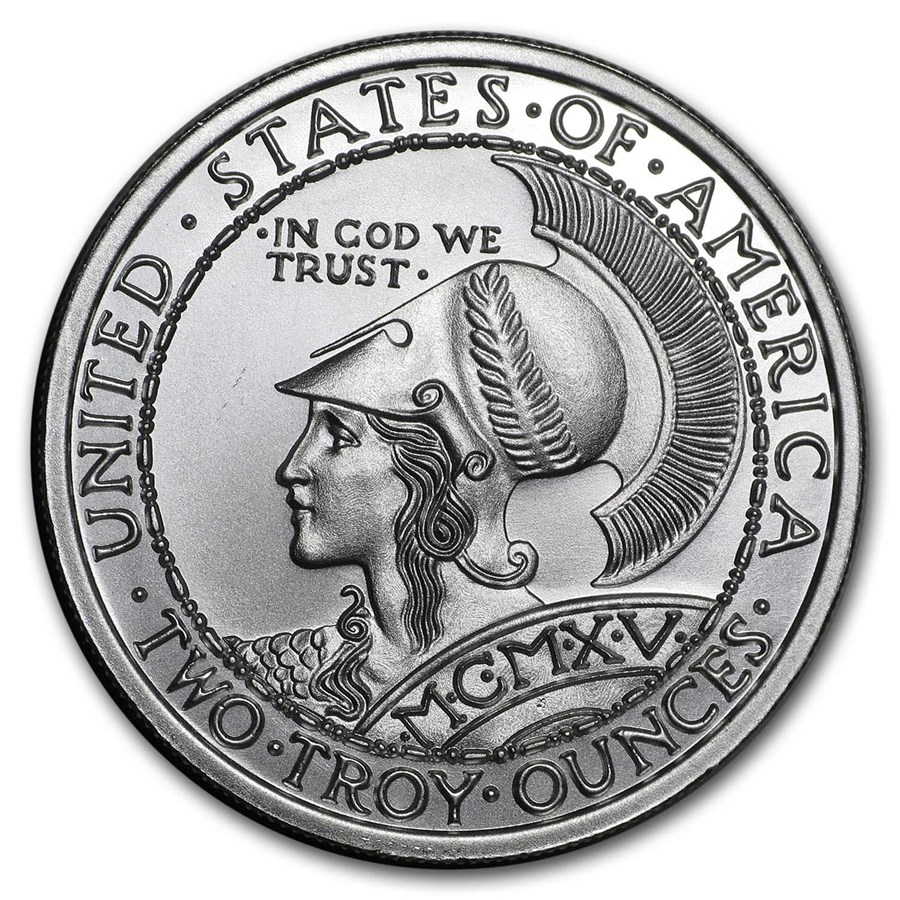 Your purchase is guaranteed to match the quality of the product shown. It will not be this exact item.
Product Details
Product Details
This 2 oz Silver round pays tribute to an iconic design in American coinage, the Panama-Pacific $50 Gold; rendered as a compliment to the original design in High Relief, Domed Die.

In celebration of the opening of the Panamá Canal, the City of San Francisco hosted the Panamá-Pacific Exposition. In commemoration of the event, the United States Mint struck a variety of both Silver and Gold coins which included a $50 round and $50 octagonal. Apart from Patterns and semi-official Territorial Gold coins, the United States had never issued a $50 Gold piece.

I was delighted to receive this round with it's beautiful detail and classic design. The thickness of the 2 ounce round really gave it some substance. The only drawback is that I was unable to fit it in to a standard protective case for its size due to the thickness.

I bought one of these earlier, and just ordered another for my collectible silver hoard...this is just a fabulous piece--with lots of numismatic history (it's not like many folks can afford the actual gold commem!). For just a bit over melt, this is a super buy of an attractive 'coin' with very high production value.

Beautiful tribute to the original gold coin. Flawlessly executed with a lovely strike and satin finish.