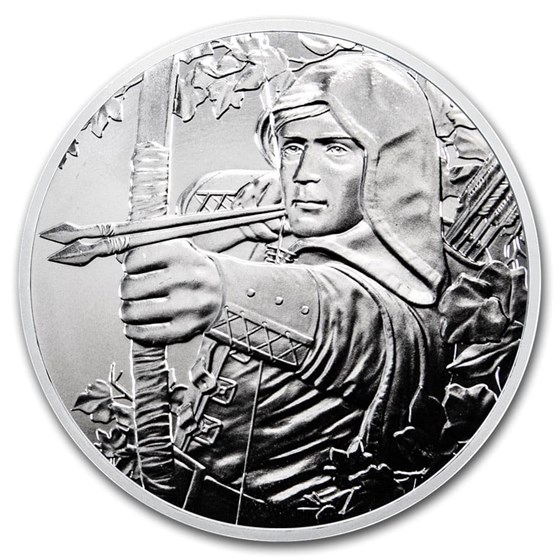 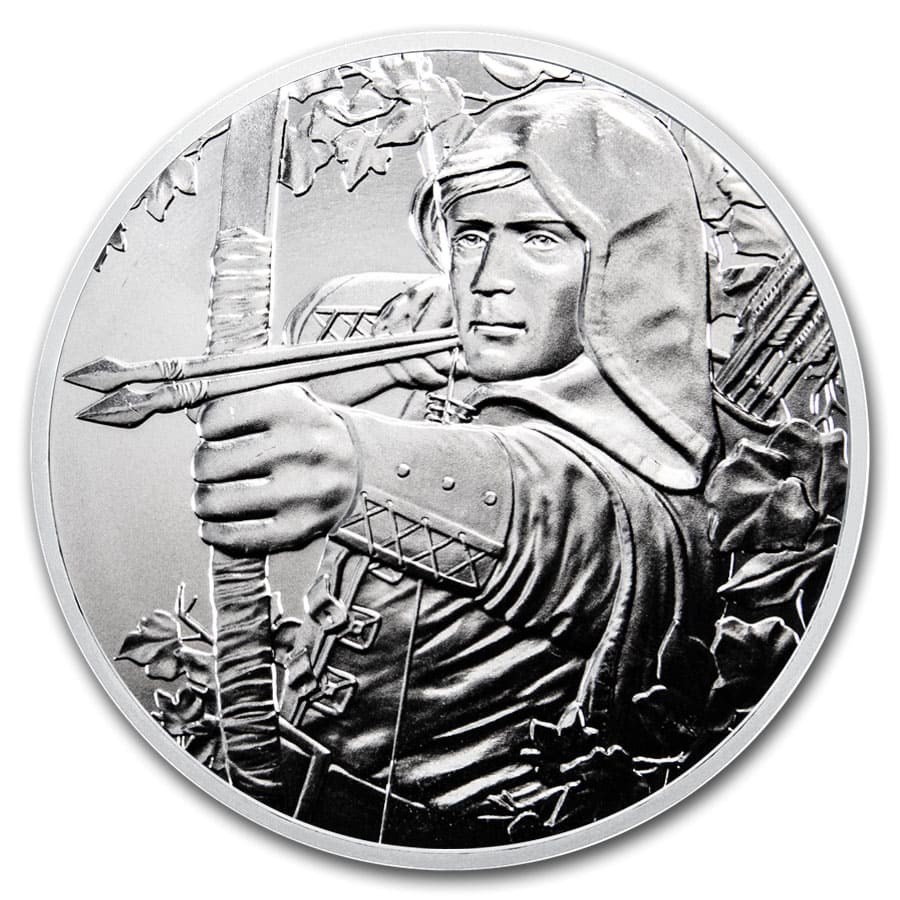 Your purchase will match the quality of the product shown.
Product Details
Product Details
This is the third and final coin in the brilliant 825th anniversary three-coin series from the Austrian Mint that beautifully illustrates the founding of the Vienna Mint.

Coin Highlights:
Collect the entire series which would be a fantastic addition to any historic collection. Add this 2019 Silver 825th Anniversary of the Austrian Mint Robin Hood coin to your cart today!

Robin Hood, the subject of the third and final coin in the series, is the hero of numerous ballads dating from the late Middle Ages and early modern period. Over the centuries, his portrayal evolved from an outlaw into the righteous character who stole from the rich to give to the poor. It was Sir Walter Scott’s novel Ivanhoe, published in 1820, which forged the classic Robin Hood myth that prevails today.

Whether Robin Hood really existed is uncertain. What is clearer, however, is that the taxation imposed on the people of England in order to raise the huge ransom paid to Austria for the release of King Richard caused violent social unrest in the country, which historians believe led to the origin of the legend of Robin Hood.

I've been eyeing it for a while and with such a low premium it was a must buy.