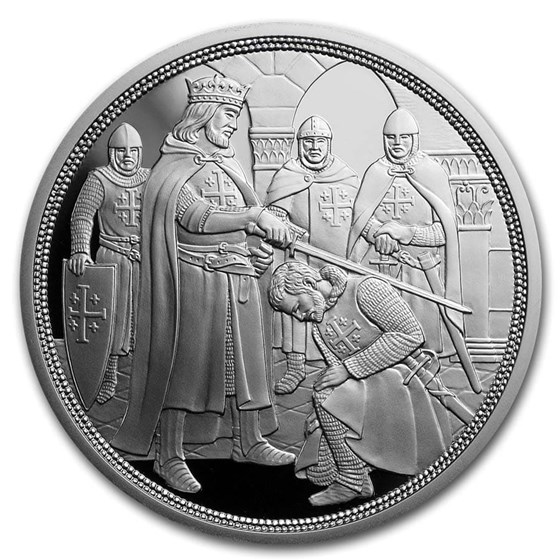 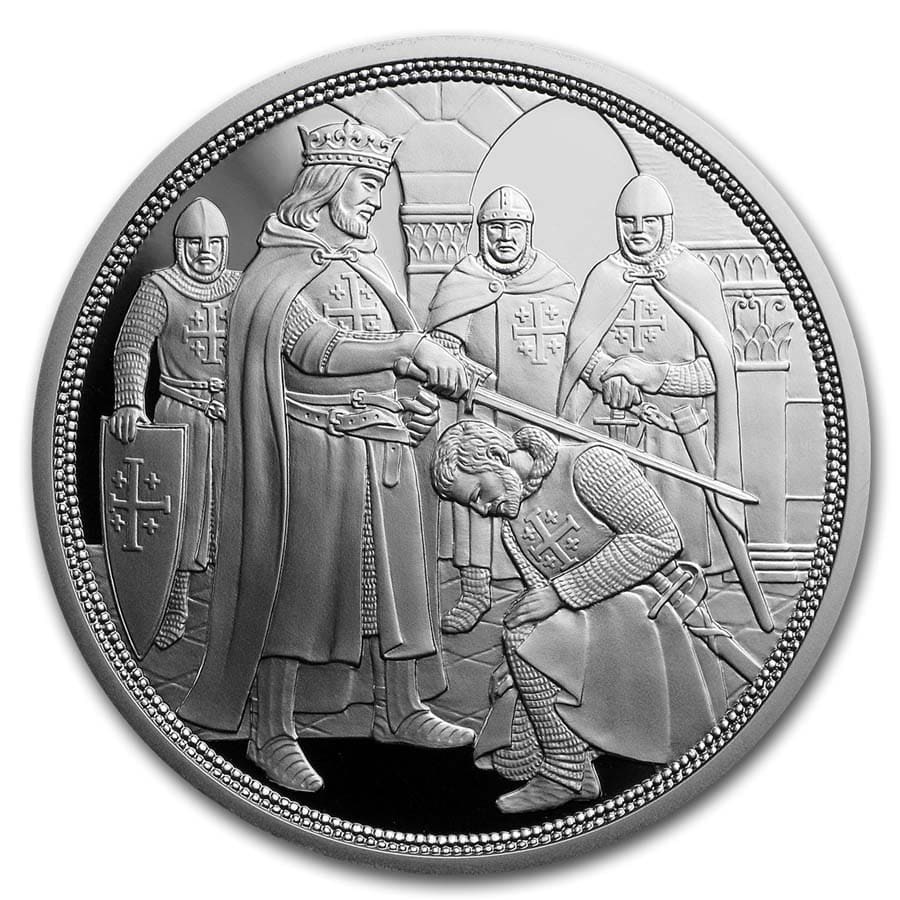 $54.99
Any Quantity
Product Details
Product Details
Knights’ Tales is a fascinating five-coin series that travels back in time to a bygone age that was notorious for being bloody and brutal. But the Middle Ages was also the age of chivalry.

Coin Highlights:
This coin is a fantastic addition to any medieval enthusiast's collection. Add this 2019 Austria Proof Silver €10 Knights' Tales Adventure coin to your cart today!

Godfrey of Bouillon was one of the leaders of the First Crusade. Considered a chaste and daring knight whose victories were romanticized during his lifetime, Godfrey epitomized the spirit of adventure, the theme of the superb second coin in the swashbuckling Knights Tales series, in which we travel back in time to a bygone age of knightly virtues.

Having joined the First Crusade in 1095, at the request of Pope Urban II, Godfrey and the army of crusaders traveled along the Rhine and Danube rivers, taking different routes to get to Constantinople, where they reunited. The talk was of an army of 50,000 men, among them 7,000 knights. After three long, harsh years, the rest of the crusaders finally made it to Jerusalem in the summer of 1099. Following a month-long siege, they conquered the Jerusalem Citadel, and murdered Jews and Muslims in acts of bloody retribution. The first ruler of the Kingdom of Jerusalem, Godfrey of Bouillon died in Jerusalem in 1100. Godfrey was the also first to use the cross of Jerusalem. The kingdom’s coat of arms featured a golden cross potent on a Silver background surrounded by a smaller Greek cross in each quadrant.