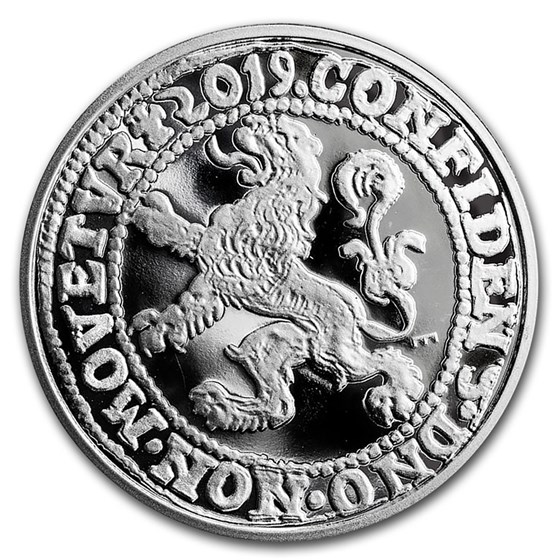 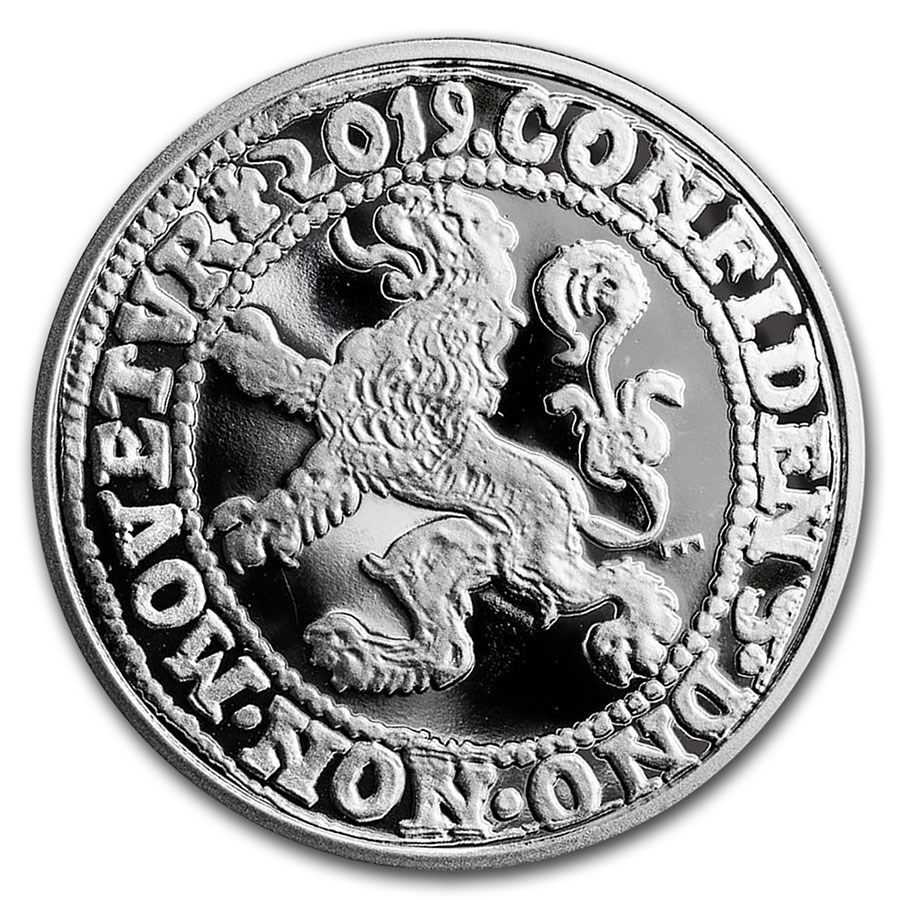 Your purchase is guaranteed to match the quality of the product shown. It will not be this exact item.
Product Details
Product Details
With a history of more than 400 years, the Royal Dutch Mint presents this APMEXclusive® 1 oz Brilliant Uncirculated Lion Dollar restrike with a limited mintage of 15,000 coins worldwide.

After a year of hiatus, APMEX is proud to bring back the highly anticipated and long overdue 2019 Netherlands 1 oz Silver Lion Dollar Restrike Coin. Lowest mintage in the series, which further adds to the collectibility and appeal of this beautiful restrike coin.

Coin Highlights:
This stunning Silver coin is loved around the world for its 1 oz metal content and classic restrike design. Add the 2019 Silver Lion Dollar Restrike to your cart today!

After Napoleon was defeated in 1813, and the Kingdom of the Netherlands was founded with William I as King, the mint was renamed as Rijks Munt. What is now known as Belgium was a part of the new kingdom, and a second mint was located in Brussels. When Belgium achieved independence in 1839, the Rijks Munt became the only mint in the Kingdom of the Netherlands. The provincial coins had been minted before the unification of the mint were still in circulation. Due to their relatively high intrinsic value, the "new" coins would only gain popularity with the passage of time. In 1849 the provincial coins were officially taken out of circulation.

In 1901 the company was placed under the supervision of the Ministry of Finance, and in 1912 the mint officially became a company owned by the state. At the end of the German occupation during the Second World War, in 1944, coins were produced in the United States. This was necessary to ensure that there would be enough currency available after the liberation. In 1994 Rijks Munt was renamed as De Nederlandse Munt NV. It became a company, 100% of whose shares are owned by the Dutch State. The Queen awarded the company the prefix Koninklijk (Royal) five years later, and the company was now allowed to call itself De Koninklijke Nederlandse Munt (The Royal Dutch Mint).

Another hard to find coin. It is a restrike of a famous Dutch design coin. I would get it again. It is currently out of stock.

A very nice looking coin with an intricate design. The premium over spot is not among the smallest, but reasonable. The coin comes in a plastic capsule, which is a plus. This coin seems to be a great gift idea, so I bought 6. I highly recommend it On a down side, it is not a legal tender coin.

This dutch restrike arrived today and im glad i picked this up. great look on a historical design.

Got my package a day early complications with post office

It is such a beautiful coin, very detail oriented.

When silver dipped these were a no brainier to pick up. They were struke very well and the details are exceptional and anytime a coin comes with a capsule that saves me another buck. Highly recommend this coin because I see the price going up as the amount available begins to dwindle.

Beautiful coin very well made and the detail just catches your attention every time.

THE OLD WORLD STYLE DETAIL AND HISTORY BEHIND THE COIN AND LOWER MINTAGE.

These things are dope

The picture doesn't do it justice. I expected something more rugged and amateurish based on the pic. The design and execution in minting is high quality. It's a bit expensive. Wouldn't have bought if it wasn't for the silver shortage, but I'm glad I did and I ordered more. Prettiest silver I've owned and an impressive design too.