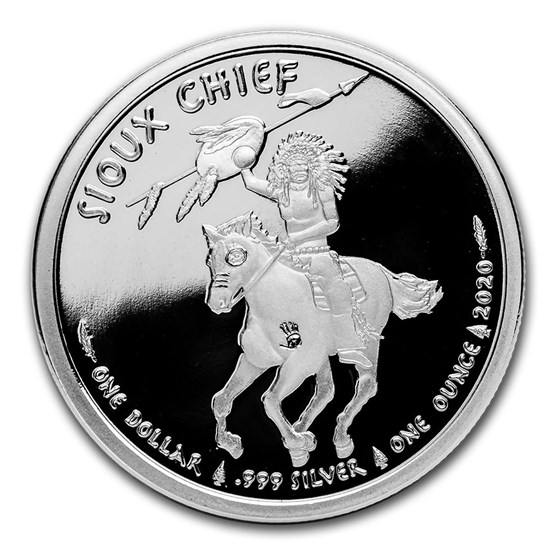 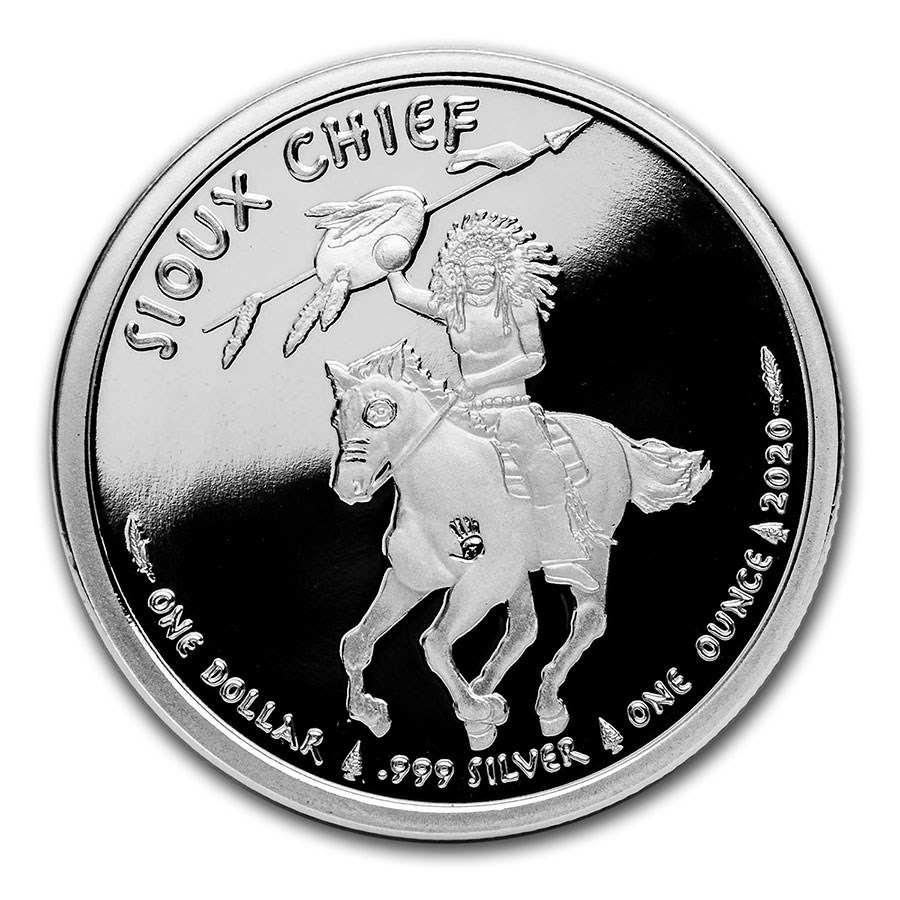 Product Details
Product Details
As low as $7.99 per round over spot
This APMEXclusive® Native American Mint 1 oz Silver bullion coin features a Sioux Indian War Chief. This coin is authorized by the Oglala Sioux Tribe, which is the largest of the Sioux nations and is located at Pine Ridge, South Dakota.

Third coin in the Sioux Buffalo series. Available only at APMEX, these coins reflect the sovereign status of Native American tribes and are instrumental in honoring tribal history and culture spanning centuries. Adding to their collectibility is the fact that they are the only American, non-U.S. government coins available in the marketplace.


Beautifully display your Sioux Indian coin by adding an attractive presentation box to your order.

Sioux Bullion Series
The Great Sioux Nation consists of groups of Native American tribes and First Nations peoples in North America. The tribes are comprised mostly of the two language groups; the Lakota and Dakota, which means "the allies." The Native American Mint Silver coin series is an APMEXclusive®. Inception of this popular series began in 2015, as it continues to offer exclusive Sioux designs representing the tribes with great dignity and honor while also pairing with top notch quality. This Native American coin series is expected to be an annual release.

Not only did I purchase this coin because of the fact it features on or any Native American but I did so after reading that some of the profits go to Native American charity’s. This is a win win deal!!

An interesting series of coins.

Dipicts a proud warrior Chief dressed to defend his nation , history on a sliver coin. I am interested in getting the other 3 coins of the tribe.

Very Nice Coins...great design as well...bought with some Aztec calendar coins which are also very nice...

The Sioux Buffalo has nice detail.

Brilliant collectible coin with fine detail. Moreover, it's a great way to celebrate the importance of the Native American in our storied history.

By dumb luck I managed to get all 3 of these Oglala Sioux coins. The reverse proof really makes the details pop. I will be on the lookout for more native tribal releases in the future.