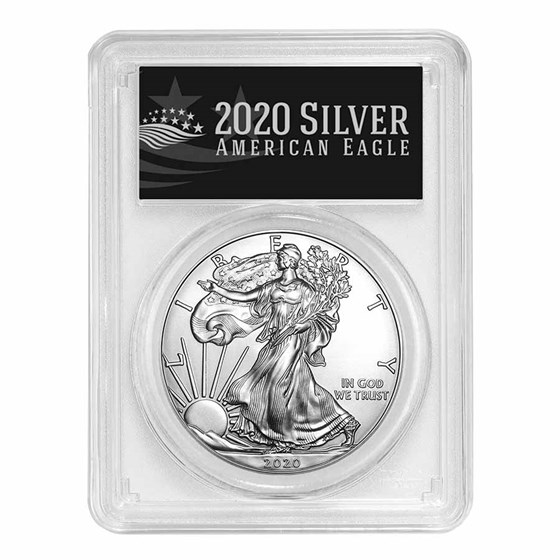 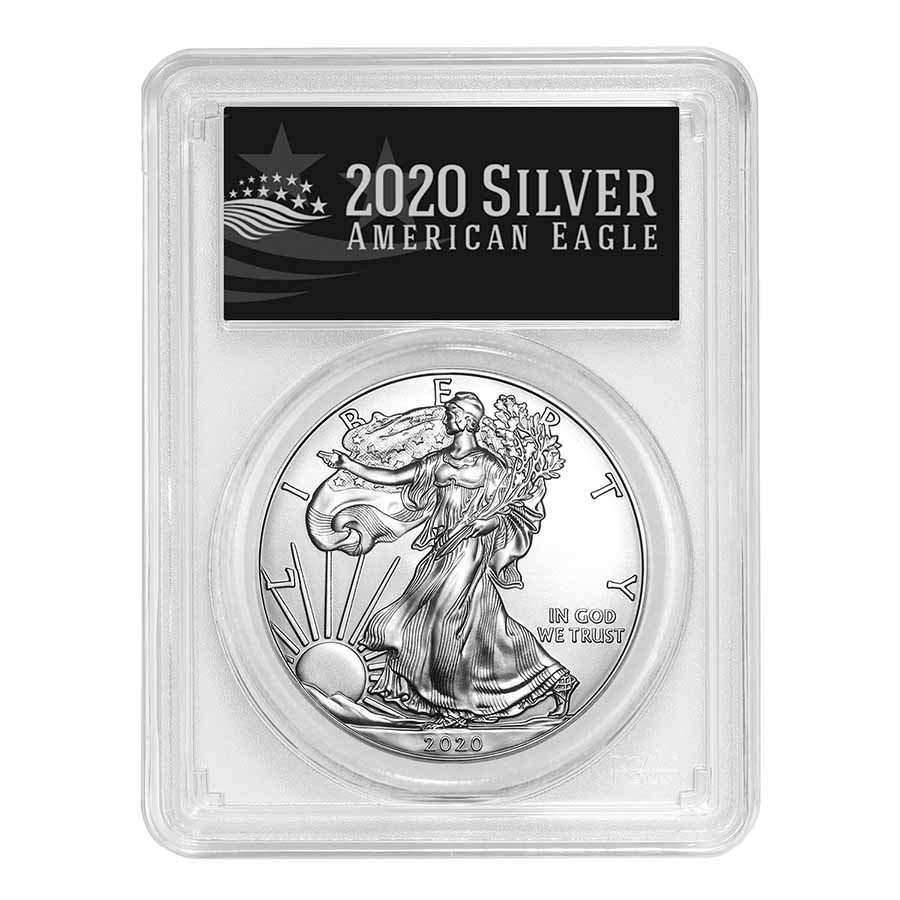 Product Details
Product Details
In April 2020, 240,000 Silver Eagles were minted in Philadelphia while operations were temporarily disrupted at the West Point Mint due to the coronavirus pandemic, making this the second rarest bullion issue Silver Eagle in the series' 34 year history.

With a mintage of only 240,000, the 2020 Philadelphia Silver Eagle is among the rarest bullion issue Silver Eagles, second only to the 2015 Philadelphia issue. These coins have been graded a near-perfect MS-69 by PCGS, the world's premier grading service, adding to their collectibility.

One of the most popular designs in American coinage, the Silver Eagle coin combines beauty with Silver bullion appeal. Add the 2020 Silver Eagle to your cart today!

Good people to do business with

I’m pretty much a novice to coin collecting, but this opportunity was fun to take advantage of. Beautiful coin in great protective packaging. Only time will tell if this was truly a unique collection opportunity. Either way, this is something I’ll own for a long time.