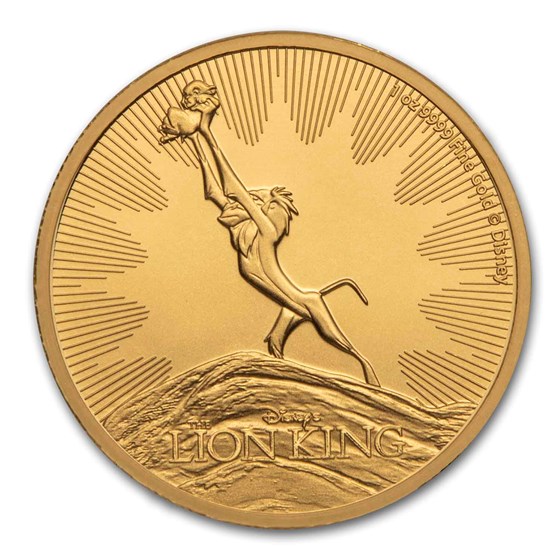 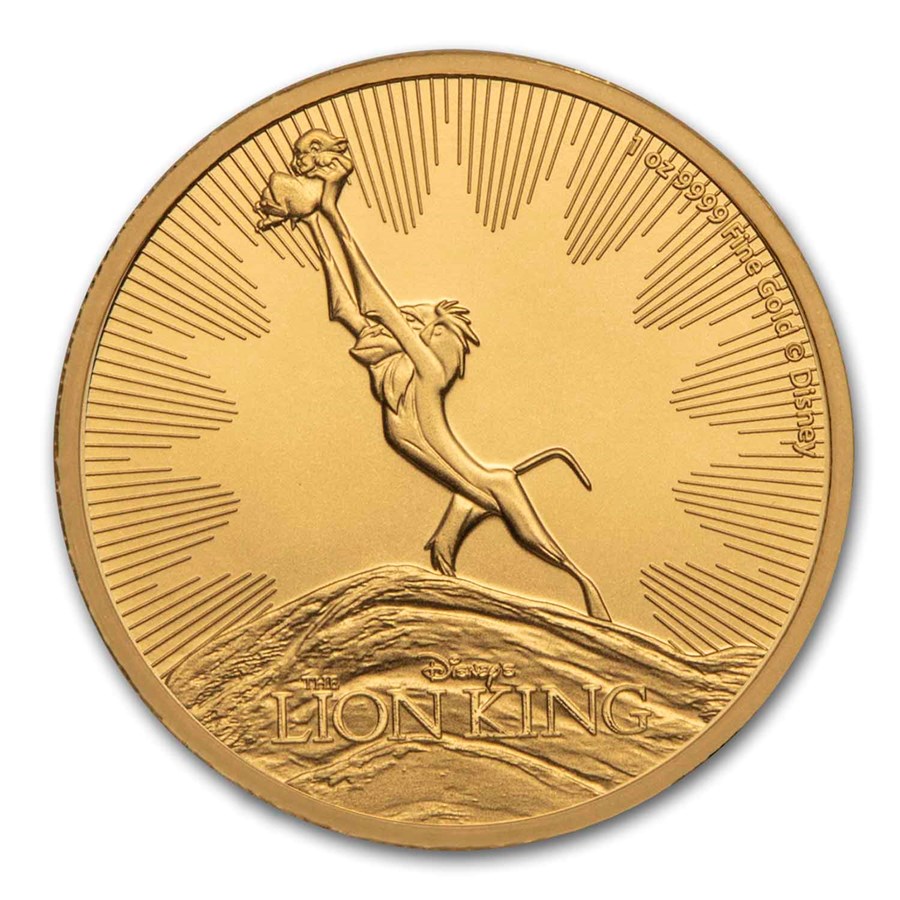 Product Details
Product Details
This is the second release in our APMEXclusive® Disney The Lion King series. This coin features an officially licensed image of Rafiki on Pride Rock holding up baby Simba in an iconic scene from the movie as "The Circle of Life" plays in the background.

The Lion King was an iconic Disney movie released in the mid-1990s. It has been a favorite of movie-lovers ever since. Add this limited mintage 1 oz Gold Lion King coin to your cart today!

The coin I got had a weak strike and definition was fuzzy. It's nice that it's a small mintage and I like the subject matter from Disney but I expected better from such a high premium.