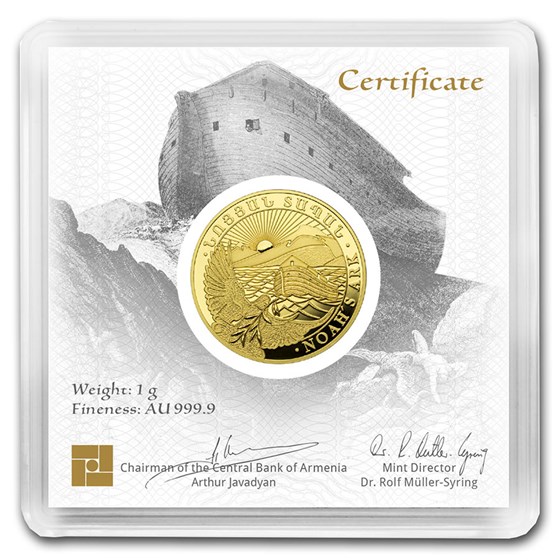 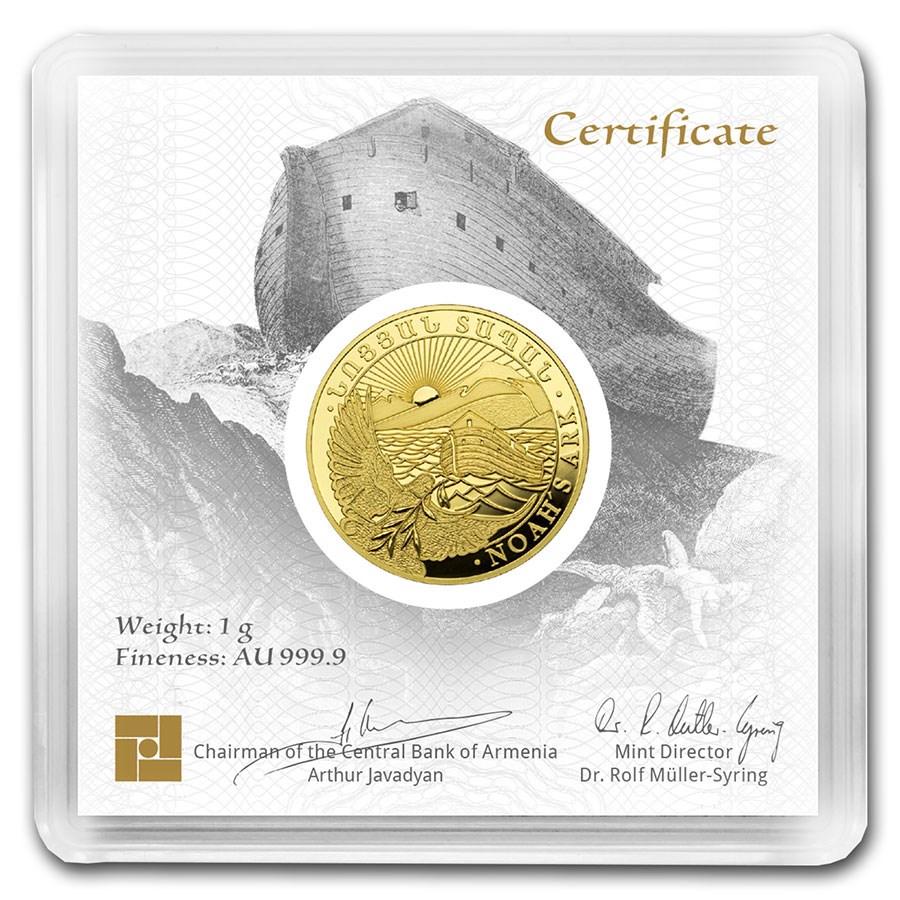 Product Details
Product Details
This is the first year that the Noah's Ark coin will be offered as a Gold BU coin. The mintage is only 5,000 worldwide.

Coin Highlights:
Enjoy every detail of this coin by adding a magnifying loupe to your order.