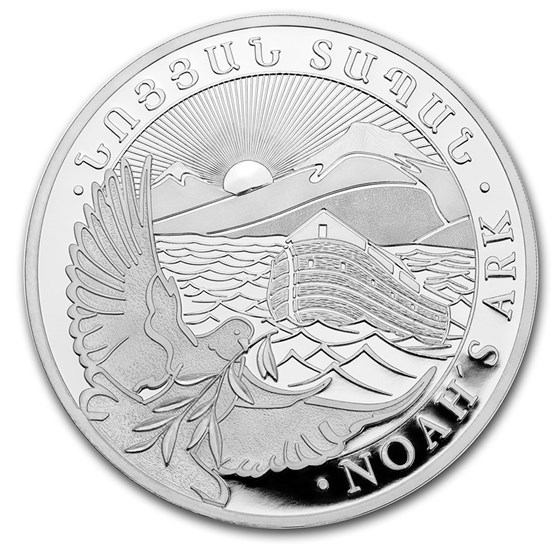 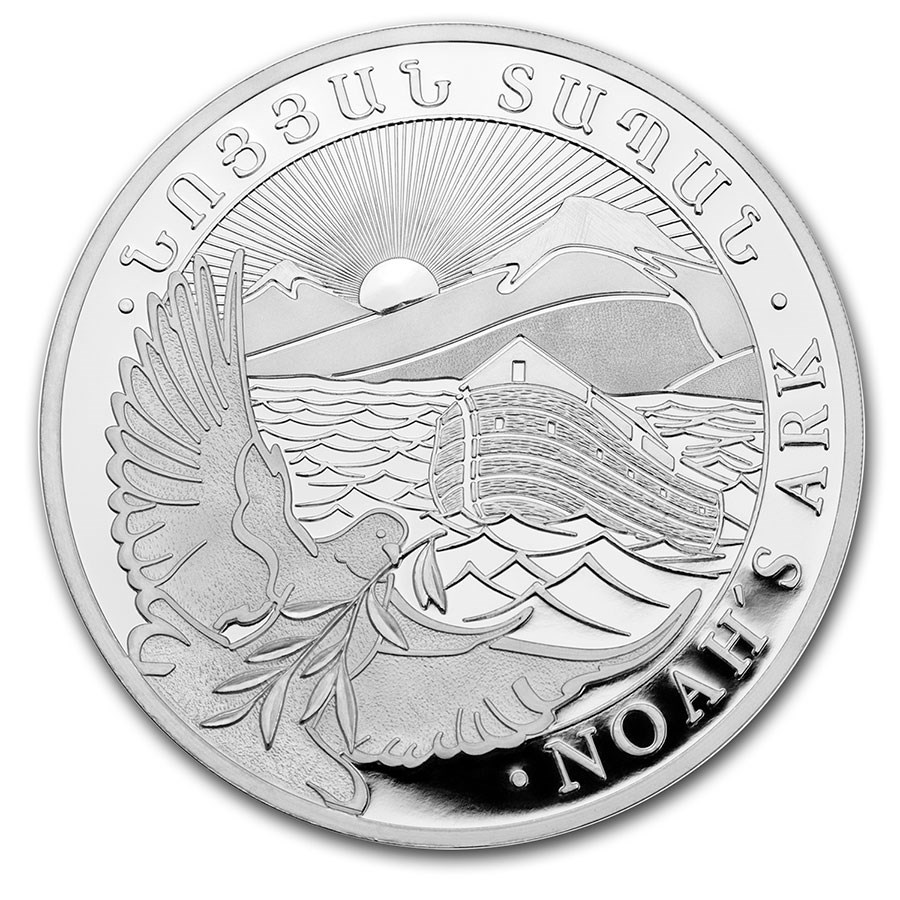 
The Armenian Noah's Ark Silver coin series honors one of the most iconic stores of the Bible. Add the perfect presentation box to your order.

Noah's Ark Series
First introduced in 2011, the Noah's Ark coins are issued by the Central Bank of the Republic of Armenia. Production of the coin is subject to the strict requirements of the central bank: the purity of the precious metal, the weight and the quality of the coinage are checked and guaranteed by the state. The design is deeply rooted in history. According to the Bible, Noah's ark was stranded in the Ararat mountains after the rains. Mount Ararat is the Armenian national symbol, its striking shape is visible from the capital Yerevan and is firmly connected to the city scape.

Except for shipping delay, am well pleased

Love the design on this coin! Had to get some!

Great design and quality. Happy to have them as part of my collection. I would buy more and I would recommend to others.

This is one of my favorite silver coins. Beautiful design and the shine is outstanding