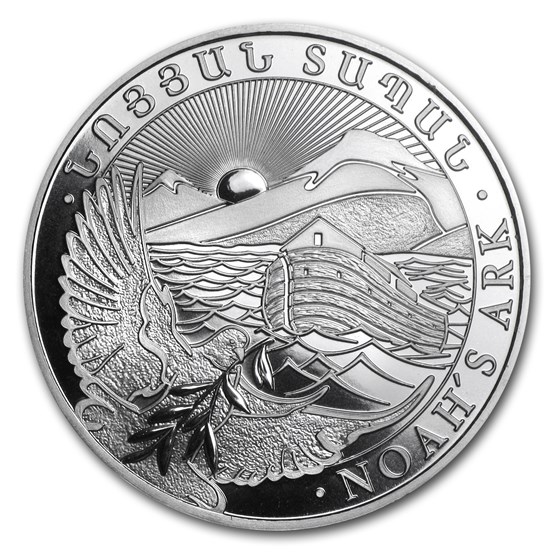 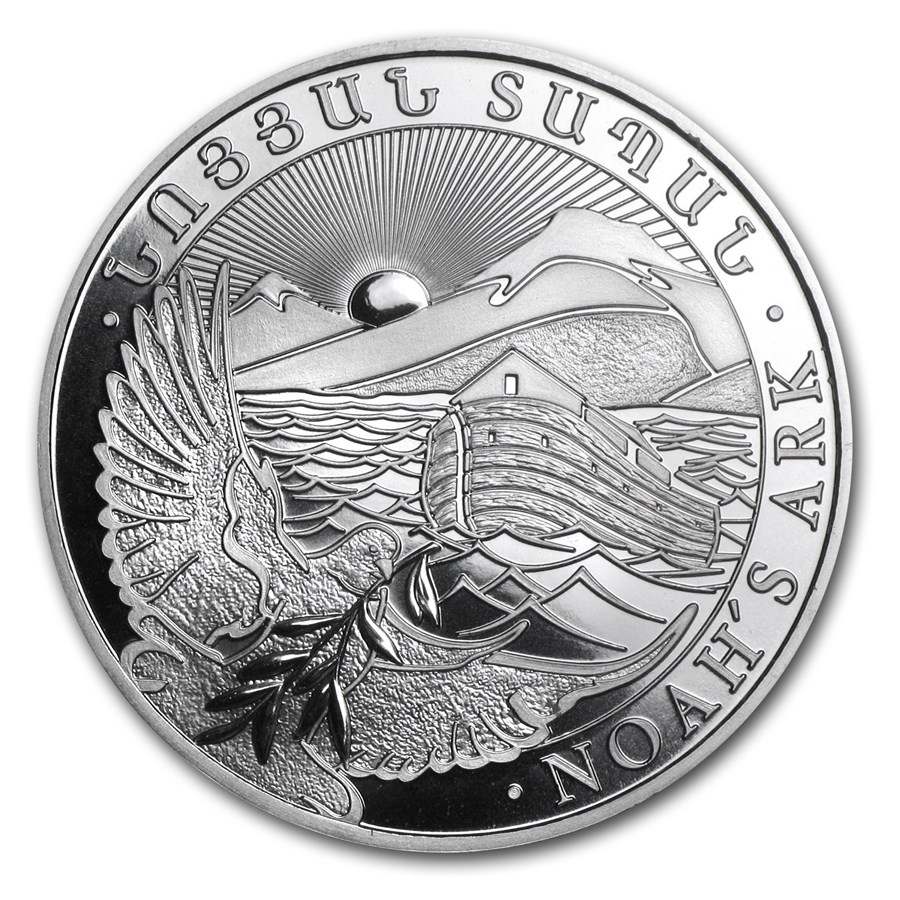 The second year of issue, these Armenian Noah's Ark Silver Coins embody the beauty of faith and conviction amongst adversity. Transcendent in spiritual and physical beauty, these coins capture this story of tribulation, promise, and of blessing embraced in 1 oz of .999 fine Silver. Each coin tells a story directly connected with Armenia where Noah's Ark is believed to have rested on Mt. Ararat after the flood waters receded.

Silver 1 oz Noah's Ark Coins are great for diversifying your portfolio at a low price, for collecting, and for presenting as a gift. Add this 2012 Armenia 1 oz Silver 500 Drams Noah's Ark coin to your cart today!

In the line of other quality 1oz coins

This Noah's Ark bullion coin is absolutely lovely, with it's ark and dove with olive leaf, the rising sun promising new beginnings, and the distinguished coat of arms on the other face. Our family has collected many different bullion coins from various countries around the world, and the design and finish of this coin makes it one of our favorites.