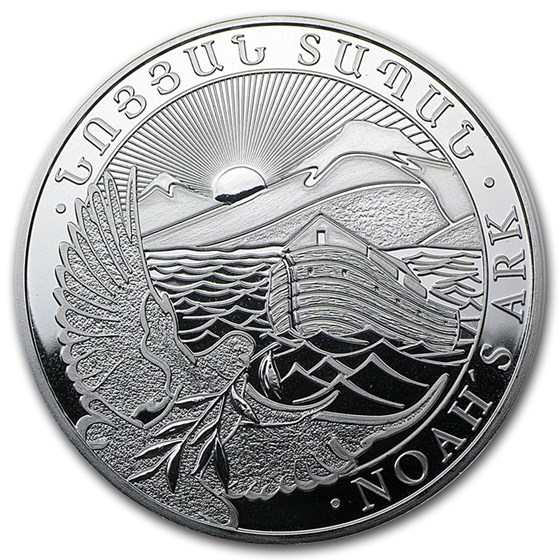 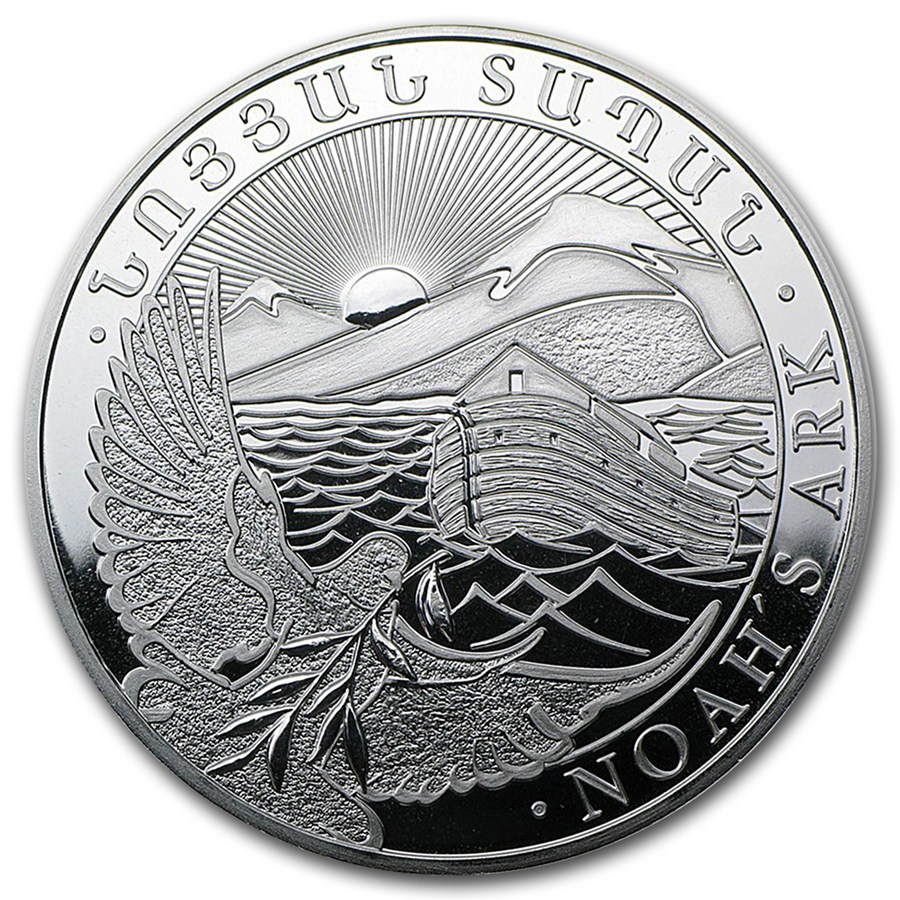 The fifth year of issue, these Armenian Noah's Ark Silver Coins embody the beauty of faith and conviction amongst adversity. Transcendent in spiritual and physical beauty, these coins capture this story of tribulation, promise, and of blessing embraced in 1 oz of .999 fine Silver. Each coin tells a story directly connected with Armenia where Noah's Ark is believed to have rested on Mt. Ararat after the flood waters receded.

Silver 1 oz Noah's Ark Coins are great for diversifying your portfolio at a low price, for collecting, and for presenting as a gift. Add this 2015 Armenia 1 oz Silver 500 Drams Noah's Ark coin to your cart today!

Download Silver Coins from Armenia Specifications
The Armenian Silver Noah’s Ark bullion coin is a tribute to Armenia’s connection with the tale of Noah’s Ark. First released in 2011, the Noah’s Ark bullion coin is issued by the Central Bank of Armenia, although it is not produced in the country. Available in a wide variety of sizes including 1/4 oz, 1/2 oz, 1 oz, 5 oz, 10 oz, 1 kilo and 5 kilos, all containing .999 fine Silver, this coin is valued all over the world for its purity, quality and beautiful homage to Noah’s Ark.

The Armenia Noah's Ark has a striking design on both sides.

I love the representation of Genesis 8:11. You have to buy it

An excellent coin, beautiful in design and very well made. Details are crisp and sharp. I was only going to get one or two of these but I have decided to get more due to the way they look.

A beautiful coin from a wonderful country. Detail in the bird is very well done.

I bought these coins as gifts for relatives of Armenian heritage. They are very beautiful in design and are just something different to put into a collection.

Looks like a good quality silver from Armenia. Great nation as well. Pretty design is the highlights and good investment during bad economic times. No features that failed my expectations, however. Sadly, few people know the value of silver on the street.

Not normally a coin that I would get, but was very surprised with the overall quality of the coin. Love the design and would like to get more in the future

I bought a few of these for me and my girlfriend and was extremely satisfied with the beauty of the coin. A real beautiful designed was used and the coin arrived in mint condition.

The coin is very bright and lloks like a proof.