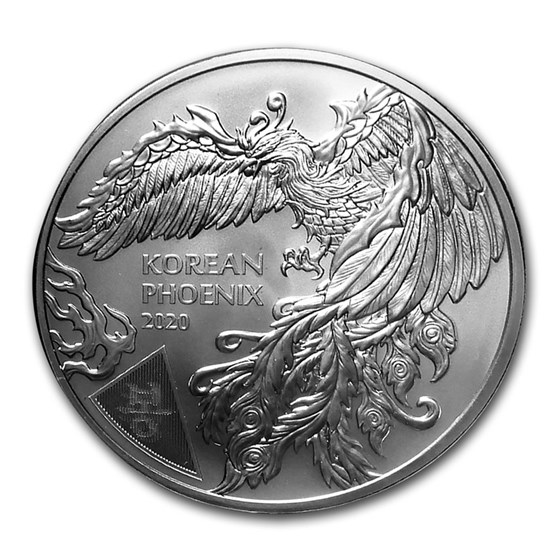 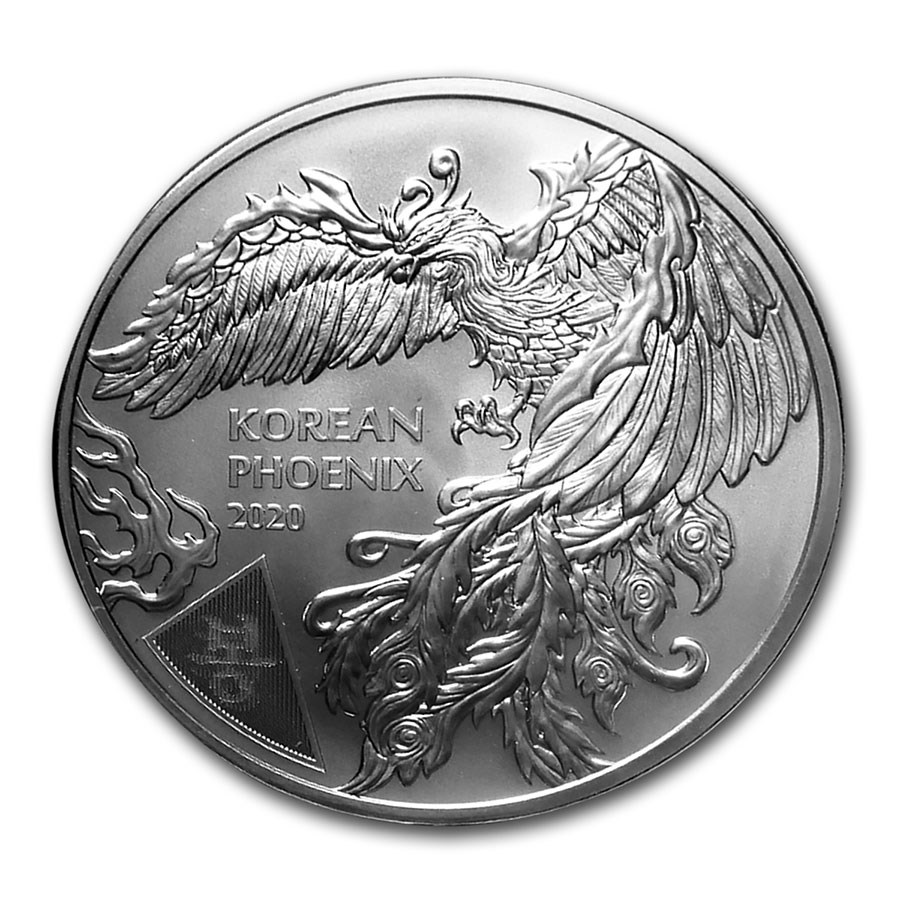 Product Details
Product Details
As low as $9.99 per round over spot
Famous for their Chiwoo Cheonwang Silver Bullion series, KOMSCO, the official mint of South Korea, has launched their first release of he Korean Phoenix in .999 fine Silver.
The Korean Phoenix, also known as the "Bong-Hwang" is an imaginary bird that has been praised since the ancient times. Along with the dragon, the Phoenix represented the emperor, nobility, and auspiciousness. Since 1967, the Phoenix has been used as the presidential seal of South Korea.


Add the first release of the South Korean 1 oz Silver Phoenix to your cart today!

Such a beautiful design!

What a beautiful coin, the design is superb compared to many other coins out there. This is the coin I own the highest quantity of, also because of its low premium over the spot price. Will also be buying as gifts, and will continue stacking this coin. Thank you APMEX!

Such a beautiful work of art, might buy more later.

I've been trying to buy one of these for months and finally was able to get this one, and I am very happy with the intricate design

I bought the Last One. This is a Wonderful work of Art. Thank You APMEX.

Coin as described. Good quality with low premium over spot. Great to be added to the collection. Thank you

High quality items at a great price, we,ll be back again.

The Korean design of these rounds are great. Given to my family members as reminder of their heritage. A great buy at a good price.