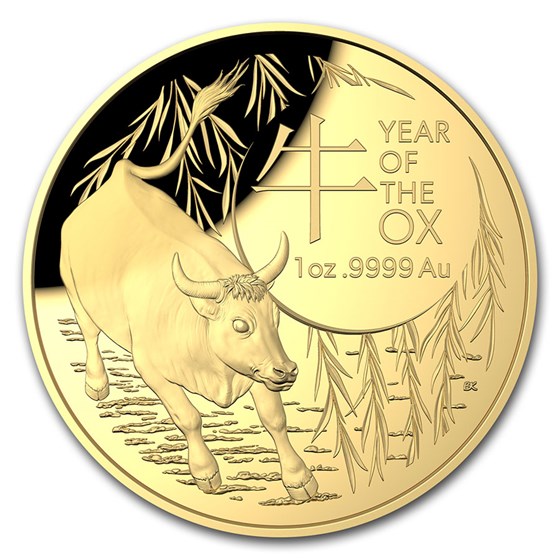 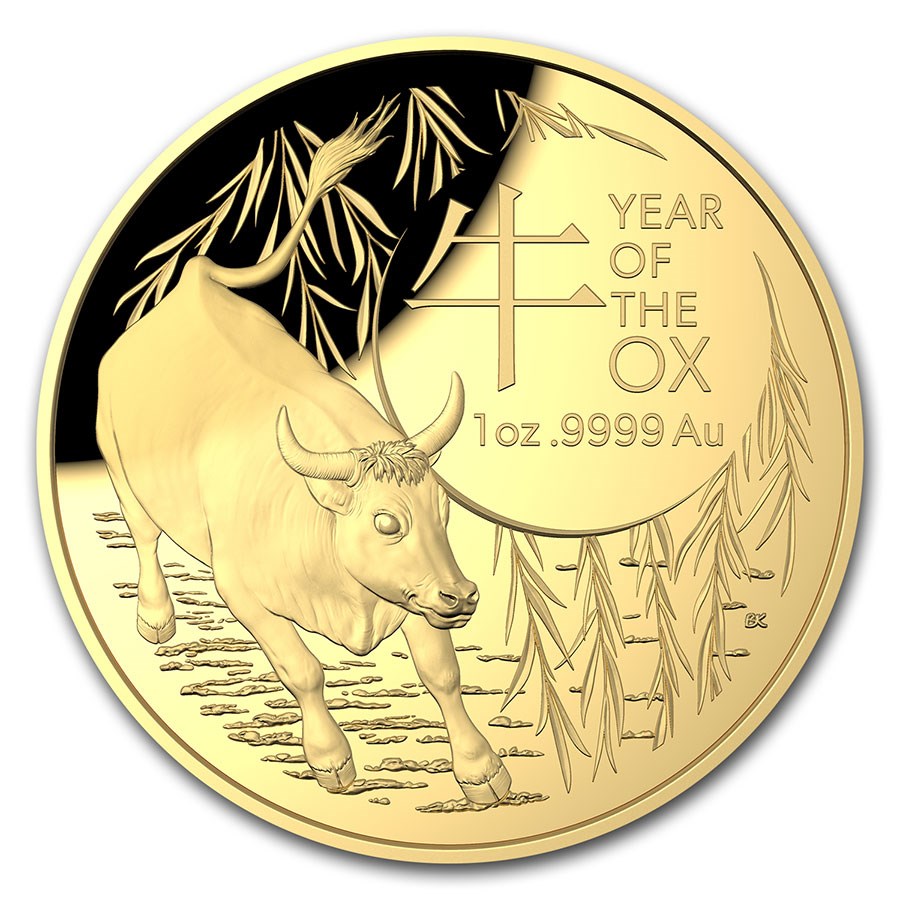 Your purchase is guaranteed to match the quality of the product shown. It will not be this exact item.
Product Details
Product Details
The second Domed Lunar coin in a 1 oz Gold composition celebrates the second animal in the Chinese lunar calendar, the patient ox. There is a limited mintage of 750 coins, each packaged in a display case with an outer box and certificate of authenticity.

Previous 1 oz Gold Domed coins from Royal Australian Mint have quickly sold out from the Mint, some even in the first few weeks of the release! Now is your chance to own an extremely limited mintage, beautiful .9999 fine Gold coin with a Proof finish. The coin is elegantly packaged in a box that displays both the coin and the certificate, and also included is a Lunar-themed outer box.

Coin Highlights:
The Royal Australian Mint has released a new Gold Domed coin to celebrate the second animal in the Chinese Lunar calendar, the ox. Add this special 2021 1 oz Gold Domed Lunar Year of the Ox Proof coin to your cart today!

Lunar Year of the Ox

The ox is the second sign of the twelve-year lunar calendar, and 2020 brings the year of the metal rat. People born under this sign are known for being patient and humble. The traditional story of the zodiac race also describes the Ox's patient nature. According to legend, the Jade Emperor invited animals to race across a swift river, to determine their position in the zodiac. Though the ox was likely to win, the clever Rat hitched a ride with the ox, jumping into first place. With this, the ox became the second in the zodiac.