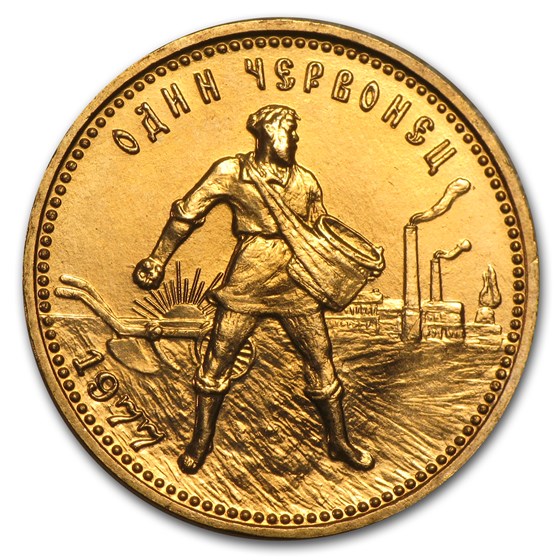 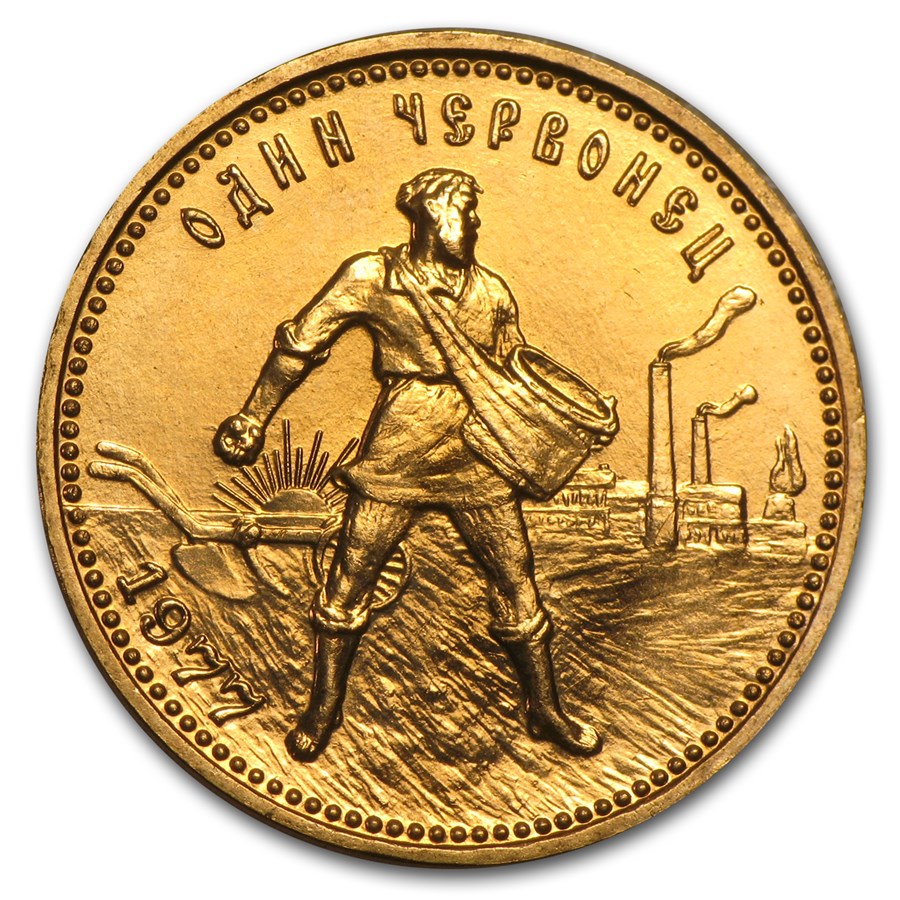 $36.81
As Low As
Product Details
Product Details
The Russian term Chervonets is a former currency of the Russian Empire and Soviet Union, originally a term for coins of purer alloy. Throughout the years the name was applied to various Russian coins.

These golden 10 Roubles Chervonetz, also called "chervontsy" were struck again before the 1980 Olympic games and the Central Bank hoped the coins would compete with the South African Krugerrand. In 2001 the Gold Chervonets were granted official legal tender status. A couple years later the stock of the Central Bank's vaults came to an end and in 2006 the new investment coin featuring the portrait of Saint George the Victorious was introduced.

Add one of these beautiful Russian Gold coins to your cart today!

Interest in soviet era collectibles and good price drew me to the item.

These coins are dated in 1970s and 1980s but they are made in with the image created in 1923, capturing the ideals the country had after a long and partisan civil war. Sizewise they are quite small. Less than a quarter. I would reccomwnd this for a historian or a collector of rare coins, not an investor, as mintages were a million per year for most years and i saw no evidence that these coins were remelted down into bullion bars.

Excellent usually. Coin is BU and never a disappointment with APMEX. I wanted Russian gold and this fits the build perfectly.

I felt compelled to purchase this coin having grown up during the later portion of the Cold War, since this was within that time frame I took the plunge. I can say that the Coin is properly graded as BU. the strike is strong w/o any detractors from the eye appeal of this trade coin. the bullion ration is excellent and this makes the weight in hand very nice. overall extremely pleased with this purchase.