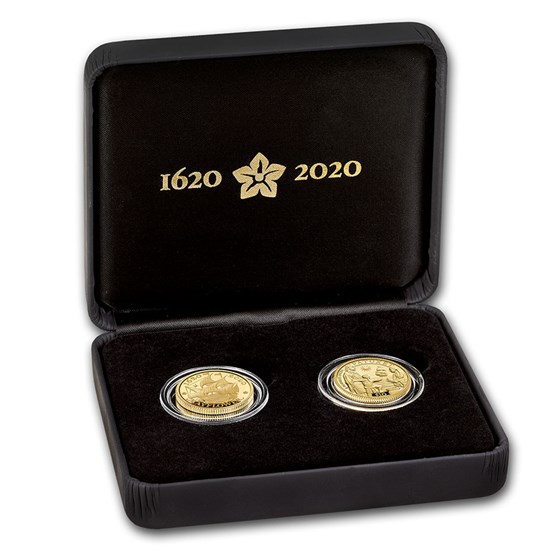 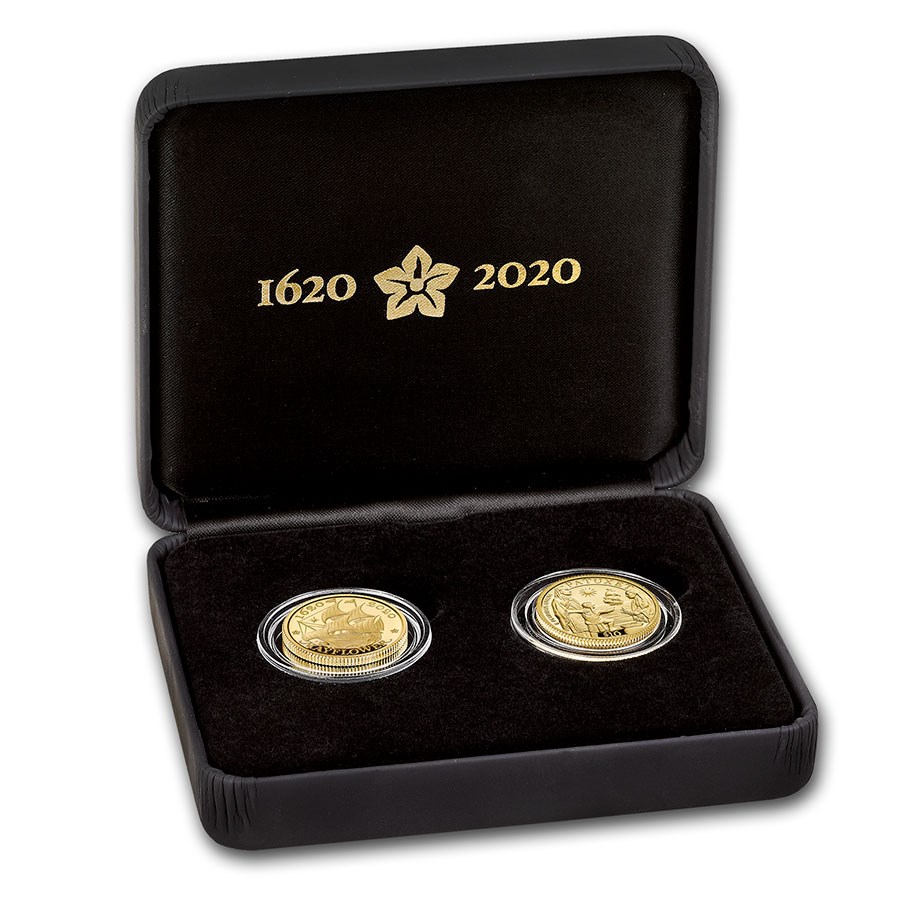 Your purchase will match the quality of the product shown.
Product Details
Product Details
This limited issue set is a rare collaboration from The US Mint & The Royal Mint containing two 1/4 oz coins that commemorate the 400th Anniversary of the Mayflower's Voyage.

Protect your Proof Coins from fingerprints by adding these cotton gloves to your order.

The story of the Mayflower is told from both sides of the Atlantic Ocean through this rare set collaboration between The Royal Mint & The United States Mint. Both coins feature unique designs by Chris Costello and two 1/4 oz Gold coins in a Proof finish. Add this limited issue set to your cart today!

A beautiful set of coins and low mintage !!