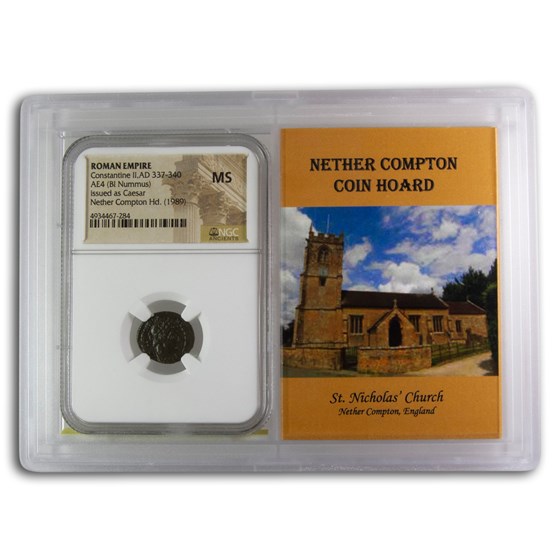 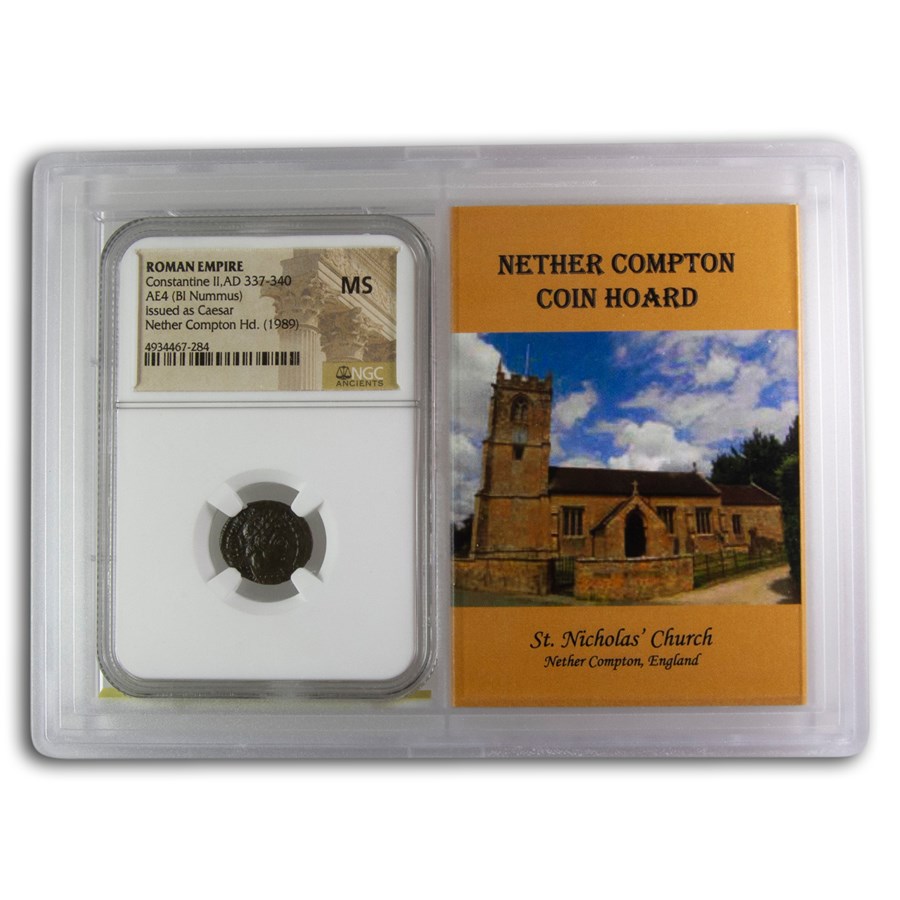 Your purchase will match the quality of the product shown.
Product Details
Product Details
Only $179.99 per coin
On February 19,1989 an amateur metal detectors discovered an earthen pot containing 22,500 Billon Nummus. This hoard was likely hidden around 339-340 AD and contained a large number of irregular, underweight and unstruck planchets in the hoard.