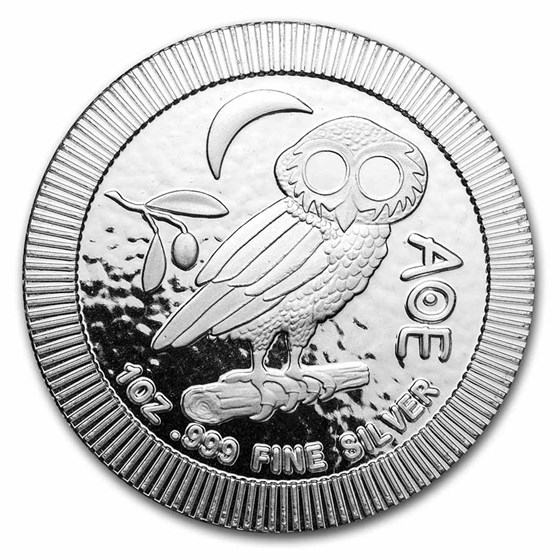 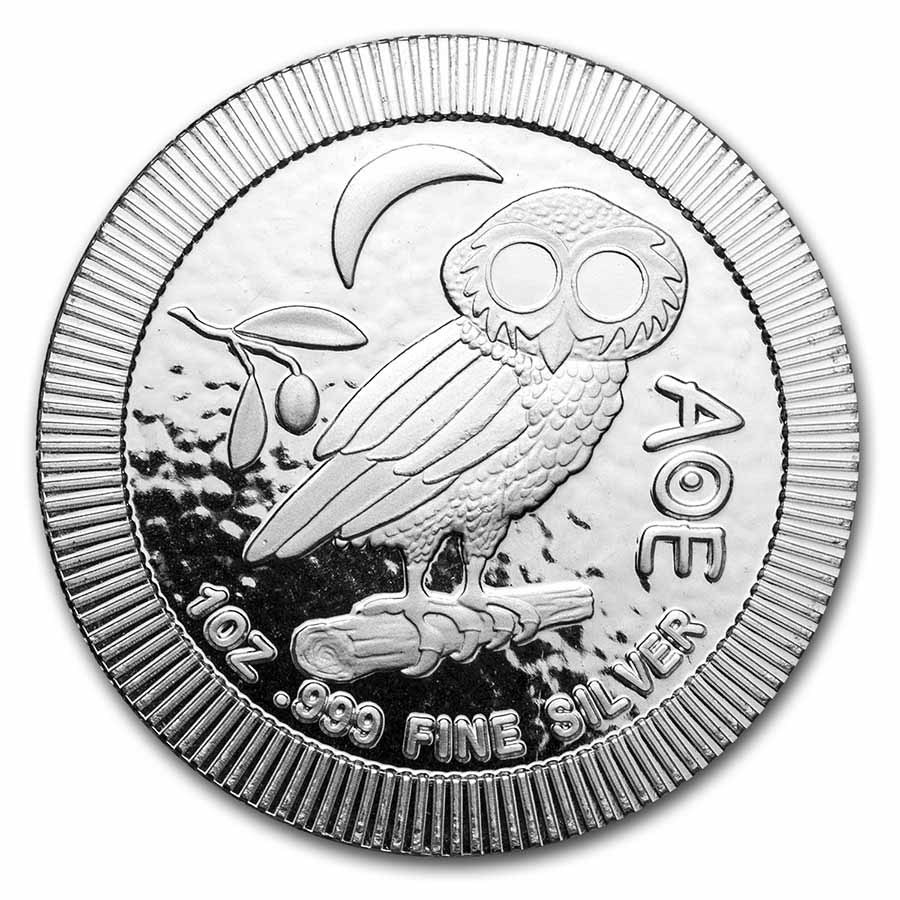 Product Details
Product Details
As low as $6.99 per coin over spot
This coin features a stunning Athenian Owl, celebrating the beauty of nature and the historic Athenian Owl Tetradrachm coin. The coin combines the appeal of 1 oz of Silver with a stackable rim so coins can be easily stacked.

Coin Highlights:
Protect your Athenian Owl coin by adding these cotton gloves to your order.

With a sleek design and low mintages for bullion, these coins tend to move very quickly. Add this 2021 Athenian Owl to your cart today!

The Athenian Owl
Over 2,000 years ago the Athenian Owl Tetradrachm was the most influential coin in the world, the owl symbolizing strength, wisdom, and insight. In modern times "AOE" has become to stand for: Alethia Orno Eternia translating to Truth, Honor and Forever.

Beautiful coin and the price is competitive with more generic rounds. I am a fan and plan to get more. Only slight downside is that when stacked, there is a very tiny wobble. Ridges line up perfectly, so it is almost like the design is taller than the ridges at some point and causes the stack to have movement instead of being locked in.

ENDED UP BUYING 20 OF THESE!

My favorite silver bullion coin for 2021 so far! Amazing design; love the "stackable" edges and classy design obverse & reverse. I first bought 4; then 6 more; the 10 more to give me a roll of 20; also bought an extra one for my wife and she loves it too!

I enjoy building my collection of 1 oz Silver coins from sources throughout the world. With Apmex I always receive top quality, unblemished representations.