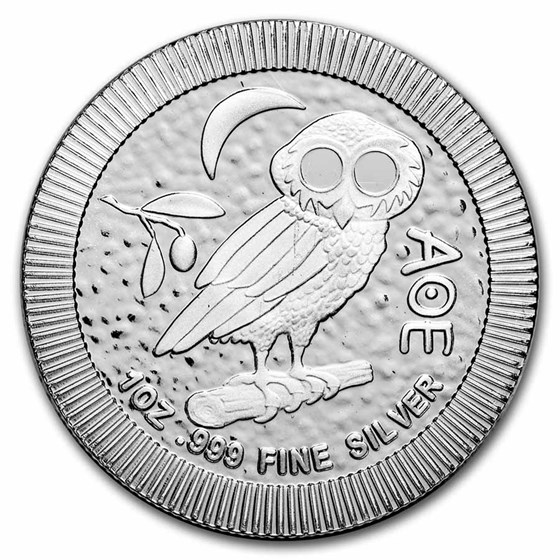 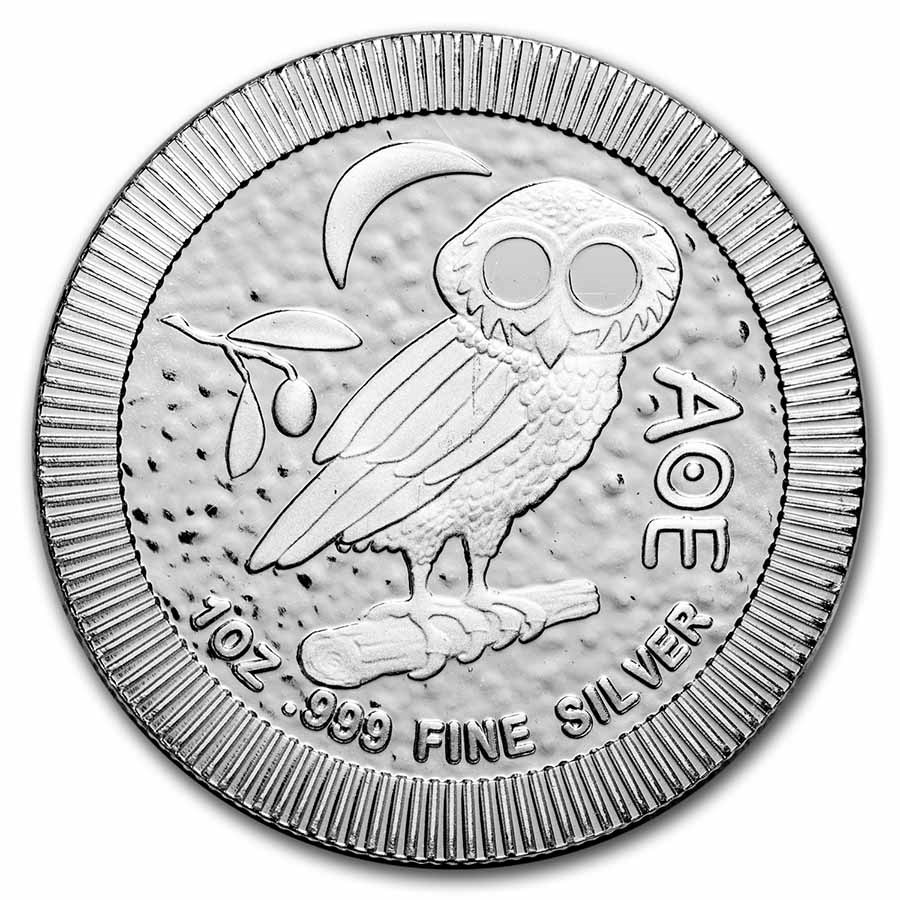 Product Details
Product Details
As low as $5.99 per coin over spot
This coin features a stunning Athenian Owl, celebrating the beauty of nature and the historic Athenian Owl Tetradrachm coin. The coin combines the appeal of 1 oz of Silver with a stackable rim so coins can be easily stacked.

Coin Highlights:
Protect your Athenian Owl coin by adding these cotton gloves to your order.

With a sleek design and low mintages for bullion, these coins tend to move very quickly. Add this 2022 Athenian Owl to your cart today!

The Athenian Owl
Over 2,000 years ago, the Athenian Owl Tetradrachm was the most influential coin in the world. The owl symbolizes strength, wisdom and insight. In modern times, "AOE" has come to stand for: Alethia Orno Eternia, translating to truth, honor and forever.