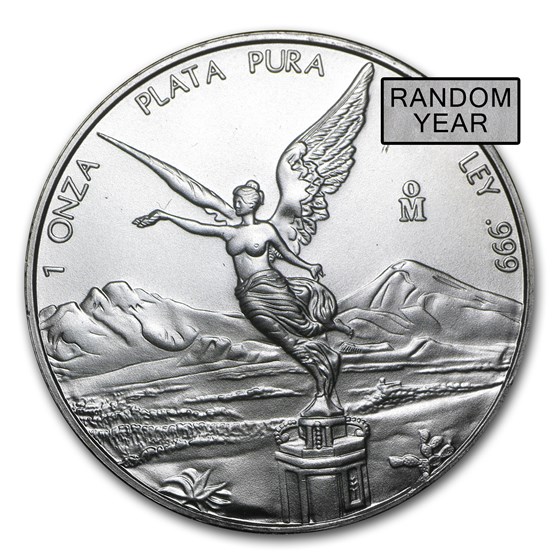 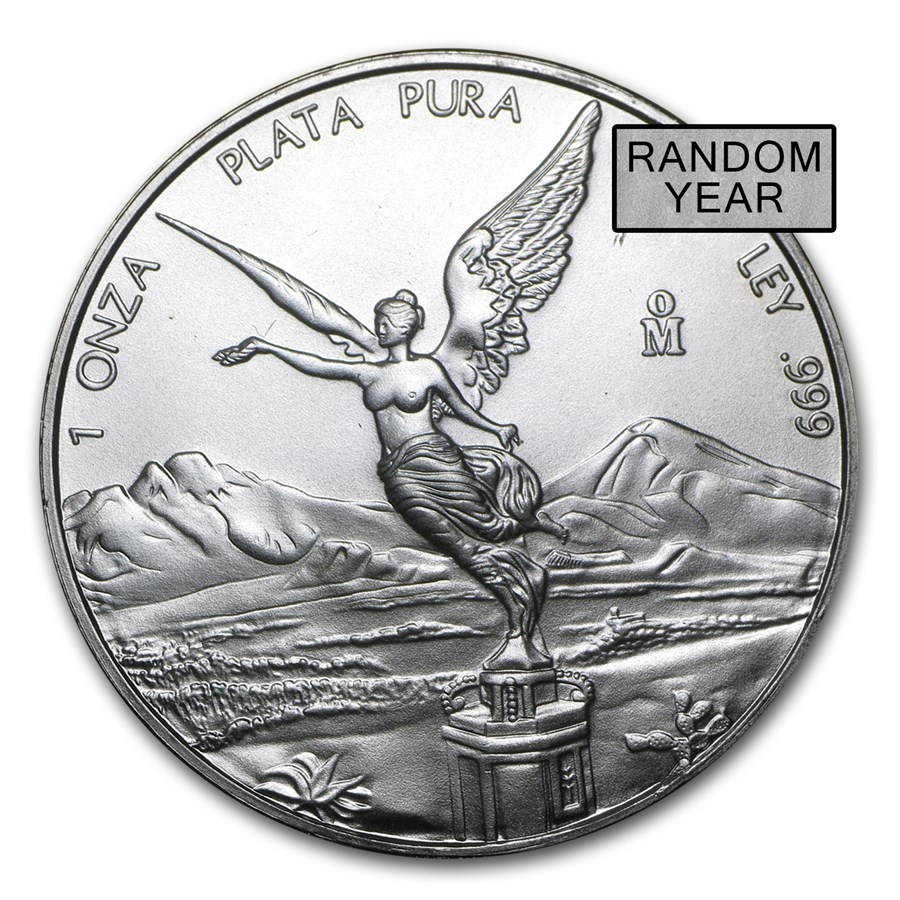 
Protect your Silver Libertad coin with this clear plastic capsule or display it in style by adding an attractive presentation box or jewelry bezel to your order.

With a historic and story-filled design, this 1 oz Silver coin is popular with collectors and investors. Add a 1 oz Silver Libertad to your cart today!

Dates on these random year coins may or may not vary, typically from 1982-Current, and will be of our choosing, determined by stock on hand. Backdated coins may have slight spots or toning, but any heavily spotted/toned or damaged coins will be sold as Mexico 1 oz Silver Libertad (Cull, Damaged, etc.)

Mexican Silver Libertads
The 1 oz Silver Libertad Brilliant Uncirculated coin was first introduced in 1982, and have been produced annually since their introduction. The coins are produced at La Casa de Moneda de México (Mexico Mint), the oldest Mint in North America. Each year of release has varying mintages, typically much lower than other bullion counterparts, which adds to the collectibility of the Libertad series. These Silver coins have been introduced in different sizes and finishes, but the 1 oz Silver Libertad remains a classic choice for investors. The obverse of the coin features Mexico's coat of arms, with the design updating in 2000 to also picture the historical coat of arms of Mexico. The reverse of the beautiful coin tells the legend of two star-crossed lovers, princess Iztaccíhuatl and warrior Popocatépetl, turned into volcanoes by the Aztec gods, so they can finally be together. The angel of Victory depicted on the reverse was changed in 1996 to show a three-quarter side profile. Coins produced from 1982-1995 show the old angel design.

Got a 2013 one this time. I just can’t help but add one of these to each order. Will definitely be buying more.

Love the brand with it’s minting history. There is a premium over spot but when the design and the marketable aspect of this coin come into play it’s worth it.

As usual just what I expected from APMEX. I'll always buy from them when I can.

APMEX employees seem to have a great sense of humor

Whoever decides the mintage years that will go into a random-year order must have a great sense of humor. I ordered 10 40mm capsules (thinking I'd get more recent-year libertads) and 9 out of 10 of the libertads I ordered were 1984s (36mm). I'm geeking out over here. Extremely thankful

Will be buying more

The Libertad obverse is very stunning! The coin was in great shape. Though the premium is higher than I would like, it is still a coin worth purchasing!

Ordered 4 and received all 2013's. nice to get earlier dates.

Random year continue to be a good deal, last time I received 1988's, this time I received a 2017. Not that old but a low mintage year for the Libertad. Thanks again for the great deal!

I ordered three of these and all came the same but all were 1988's. In my eyes this was a great deal.

Received All 2018s though, would have hoped for some older ones. Coins were in impeccable condition and in flips

Was hoping when I ordered random year I would get older coins, but received 2015's instead. Either way, I really like these coins and I will definitely be ordering more!