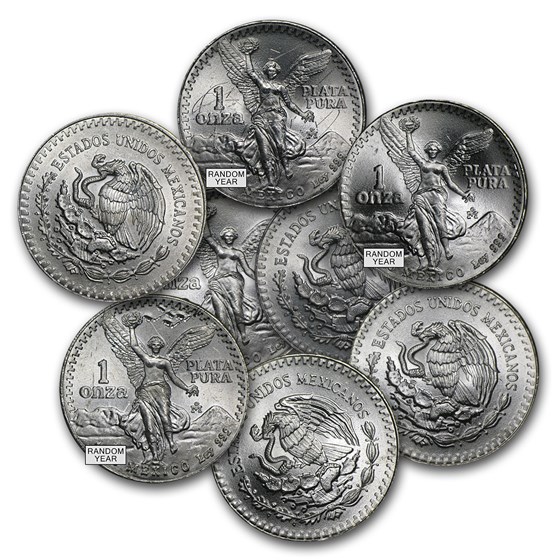 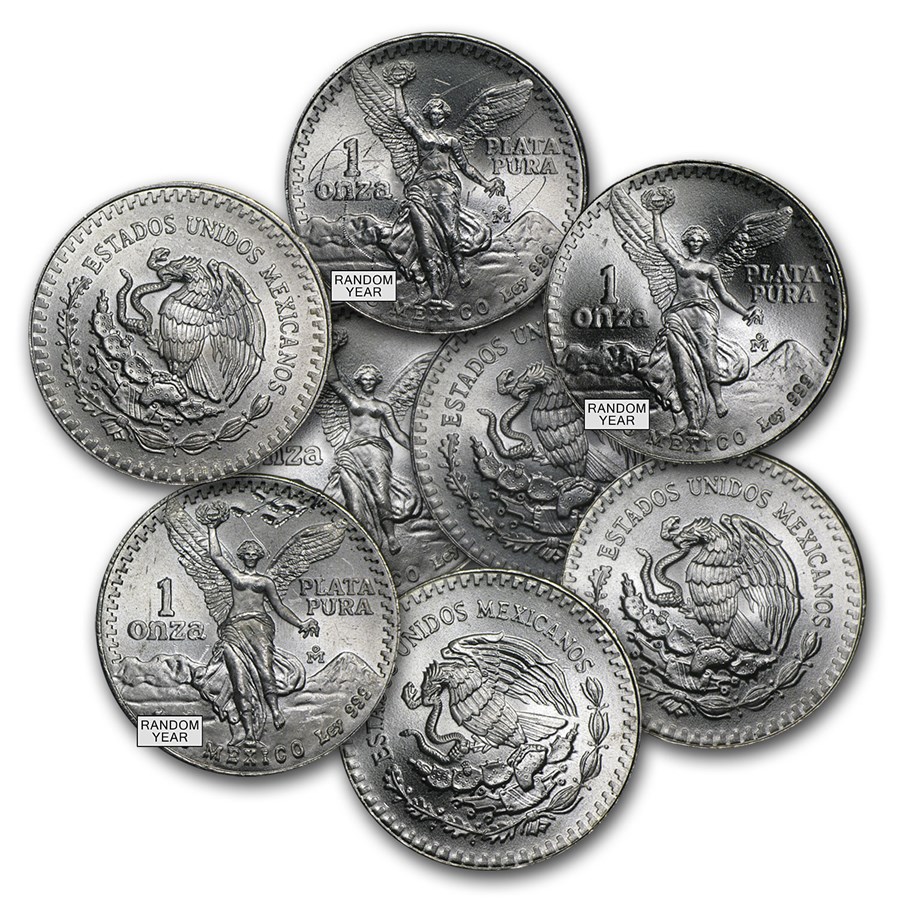 Product Details
Product Details
Silver Mexican Libertads have incredibly low mintages for bullion coins. These coins are rapidly gaining popularity in the United States and are not easy to come by. These coins may have abrasions, nicks or milk spots.

Coin Highlights:
Protect your Silver Libertad with this clear plastic capsule or display it in style by adding an attractive presentation box to your order.

Dates on these random year coins may or may not vary, typically from 1982-2015, and will be of our choosing, determined by stock on hand.

Oh WOW! Hit four of these on a whim! I was hoping for more, but only four were available, so I grabbed 'em. Three X 2014 and one X 2015, and they all look GREAT. Very slight milk spotting, but for me, that's OK. Fantastic Find!

I have made several purchases and each one is above and beyond what I expected to get. Thanks Apmex Will buy gain

Lower price on a Libertad, but certainly NOT lower quality.

As expected with cull and damaged items, most of the ones i have purchased are in such condition, but still contain a full ounce of .999 silver. All the rest have been in almost BU condition with hardly any flaw. It is absolutely worth getting these damaged Libertads, especially at a much lower price. Set up your alerts and be prepared to purchase them as soon as they become available.

Not as nice as I had hoped for

Ordered a handful (5) of Libertad culls when they became available and got 5 x 1985s. All were heavily discolored and pretty rugged. Based on some previous purchases, I had hoped they would be much nicer. Still good value for AG content. APMEX shipping and packaging top notch as always though!

Purchased a few of these to add some variety to my ASE, Maple, and Philharmonic collection. Received a nice variety including an older version from 1989. Once again APMEX delivered my shipment discretely and securely.

I ordered 20 of these, 5 separate coins, and 20 of the BU labelled silver Libertads. In my order comments I asked for a variety of years. I think they just give you already packed rolls if you order more than 20 pieces. In the 20 BU coins I got an unopened roll of 1985s, which is actually a much higher value, but not random. In this order labelled as culls, I got: 5 - 1982 13 - 1983 2 - 1985 They came in an APMEX plastic tube. The older Libertads have less width than the newer ones. The plastic roll these came in seem made for the newer Libertad, so it isn't ideal for storing the more narrow coins. That is just a note so maybe APMEX might work on fixing that. The tubes are actually a little too narrow narrow to fit many other types of 1 oz silver coins. I have to admit these coins where in much better shape than I was expecting. Some almost, but not quite look as good as the ones that were in an unopened roll... yeah, I opened the roll. haha So, for ordering 20 pieces I got a tube, and it had 3 different years. That's not bad. And they were in very nice shape. So.... I will order more, and hopefully I can work on having one of every year as cheap as possible. I doubt a 96-99, or 2006-2007 would be given to you though. I'm adding a picture, but my photagraphy skills aren't so great. They look better than I can photograph.

Received a 2008 Libertad....used my jeweler's loop looking for damage, imperfections...one tiny little indentation spot on the obverse next to the outstretched hand of Ms. Liberty, about a millimeter in size, not that anyone would even notice. No rim dings, milk spots, or scratches. A less common year to boot. Worth more than I paid. Very pleased with this coin. Would buy 100 in this condition any time.

Great way to obtain silver at a low cost over spot

I love the Libertad design and a great way to pick them up on the cheap. The condition was far better than I expected and I am very pleased with the purchase.