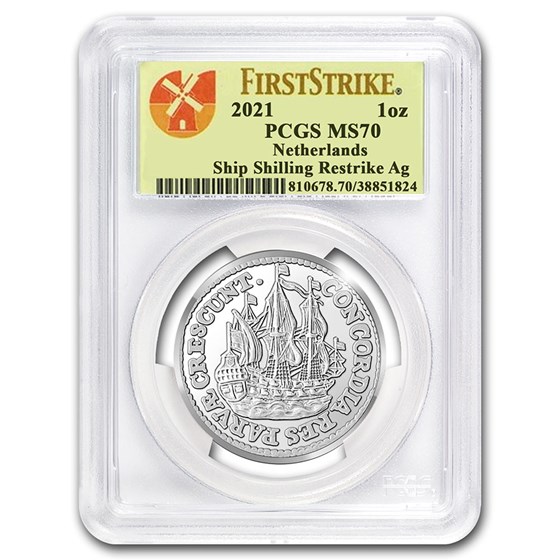 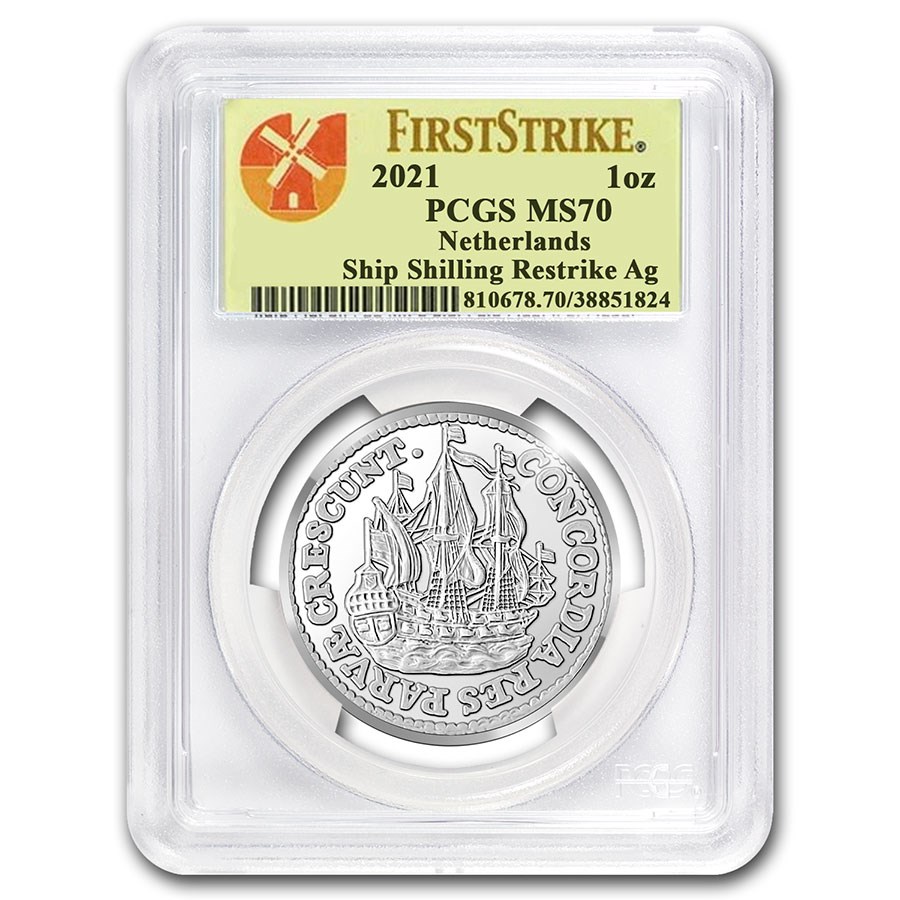 $33.11
Any Quantity
Product Details
Product Details
The Royal Dutch Mint proudly presents the Official Restrike of the original Utrecht “Scheepjes-Schelling” or "Ship Shilling" from 1786 which comes with a limited mintage of only 10,000 coins worldwide.

In addition to these coins being an APMEXclusive®, we have partnered with PCGS to create a custom label. The design of the label pays homage to Netherlands with iconic images featuring a Windmill and a multicolored Tulip with a modern and up-to-date touch.

This stunning Silver coin is loved around the world for its 1 oz metal content and classic, restrike design. Add the 2021 Netherlands 1 oz Silver Ship Shilling Restrike to your cart today!