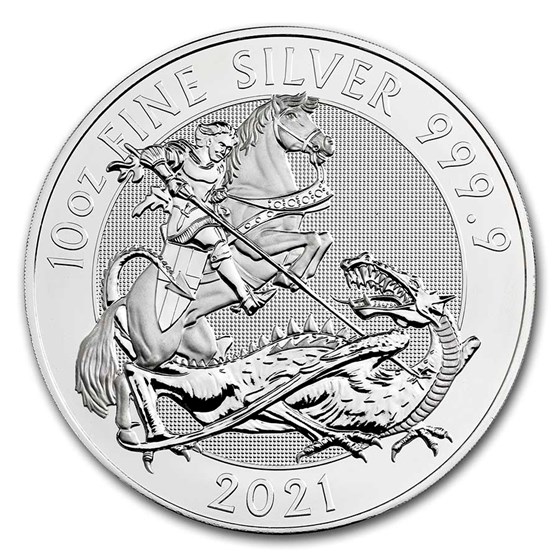 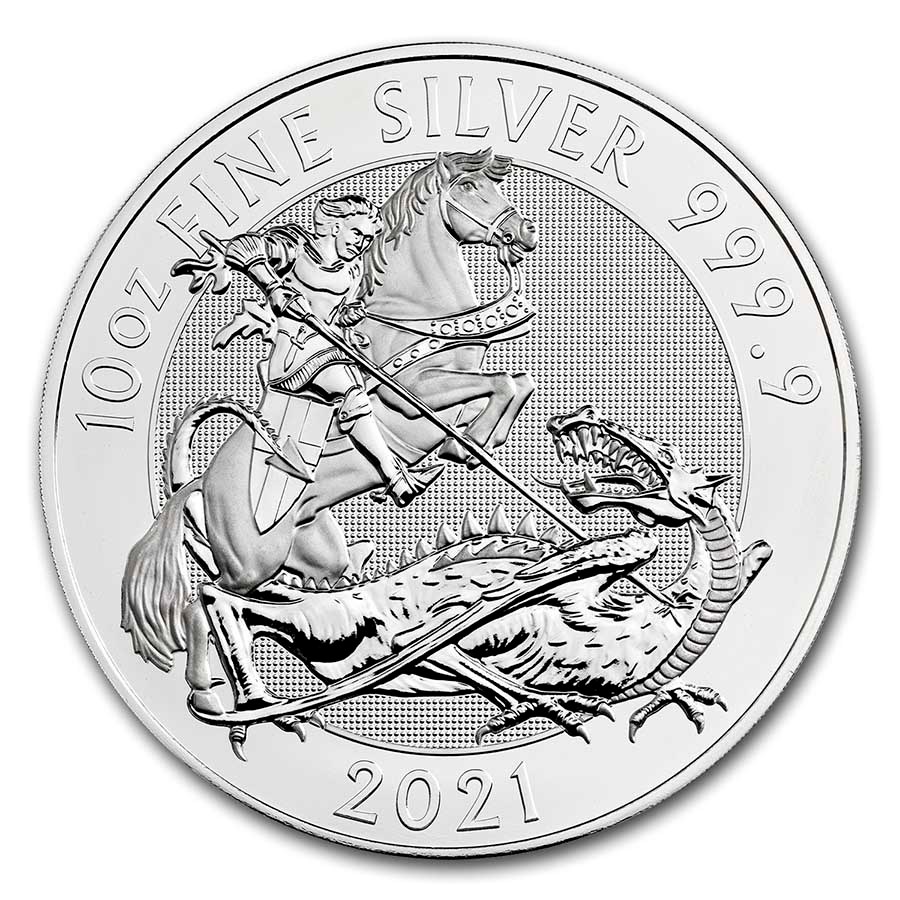 Product Details
Product Details
This impressive .9999 fine Silver coin features one of England's most famous legends of St. George and the dragon. It is the fourth release of the 10 oz Valiant coin, first released in 2018.