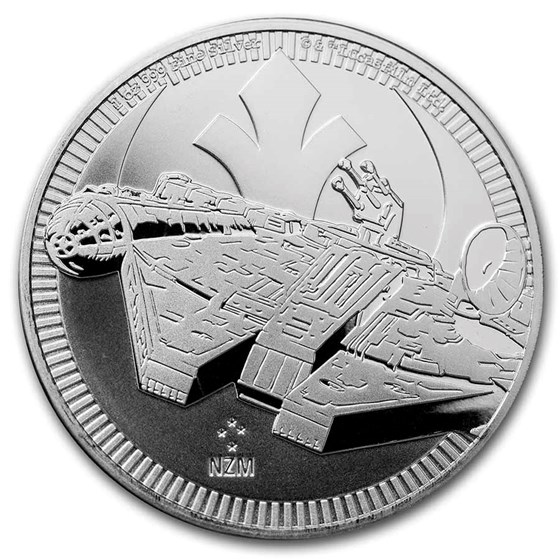 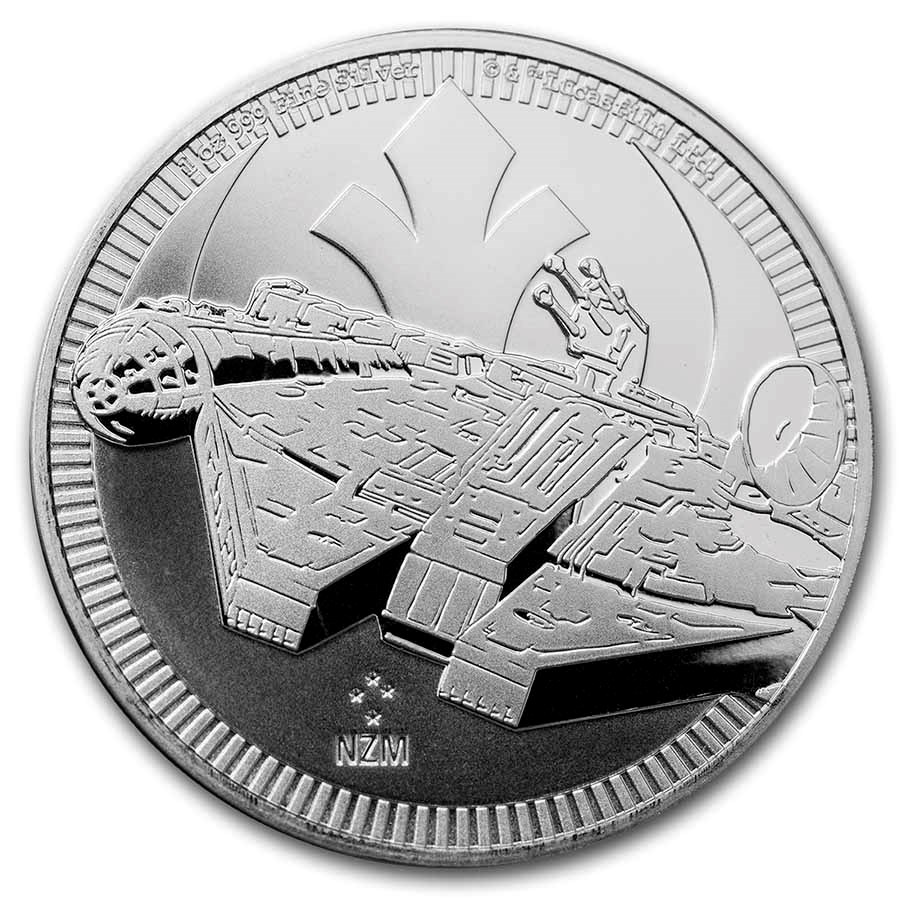 Product Details
Product Details
The eighth release in the Star Wars bullion series by the New Zealand Mint features the Millennium Falcon soaring over the Rebel Alliance logo. The 1 oz coin is commemorated in .999 fine Silver.

Be sure to grab this highly collectible coin immortalized in .999 fine Silver. Add this 2021 1 oz Star Wars Millennium Falcon coin to your cart today! And may the force be with you!


Millennium Falcon Bullion Coin
This iconic ship made the Kessel Run in less than 12 parsecs! It was integral to the victory of the Rebel Alliance over Imperial forces in the Galactic Civil War. The ship of smugglers, the Millennium Falcon was won by Han Solo in a game of sabacc from its previous owner, Lando Calrissian. Despite its somewhat worn out appearance, the Millennium Falcon had many modifications to increase its speed and enhance its smuggling capabilities.

New Zealand Mint
The New Zealand Mint is a privately owned company in Auckland, New Zealand. It is the only privately owned mint in New Zealand, purchasing refined Gold from international sources to produce coins. They have established their reputation over the past four decades for their high-quality design as exhibited by their innovative commemorative Gold and Silver bullion products. The only Precious Metal mint in New Zealand, it uses the tag-line “Minters of the South Pacific” and produces collector and bullion coins for a number of Pacific nations, including Fiji, the Cook Islands, Niue and Tuvalu.

My favorite of the Star Wars series. I really appreciate these coins not being super premium collectibles.

The design on the round is easy to view and appreciate.

This is a great coin. Another hit from New Zealand Mint. Too bad this was not offered as a MD Premier single!!