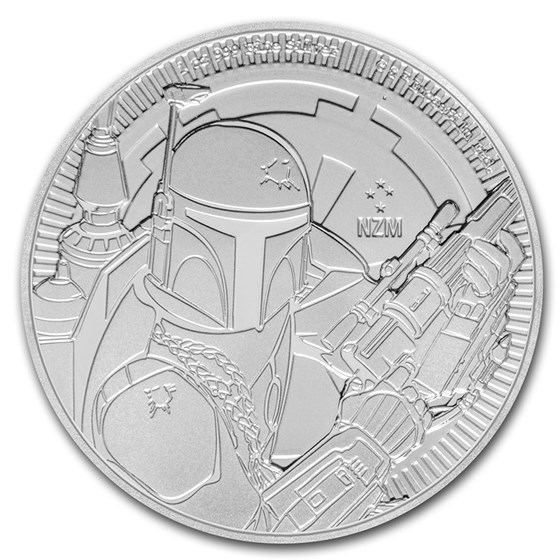 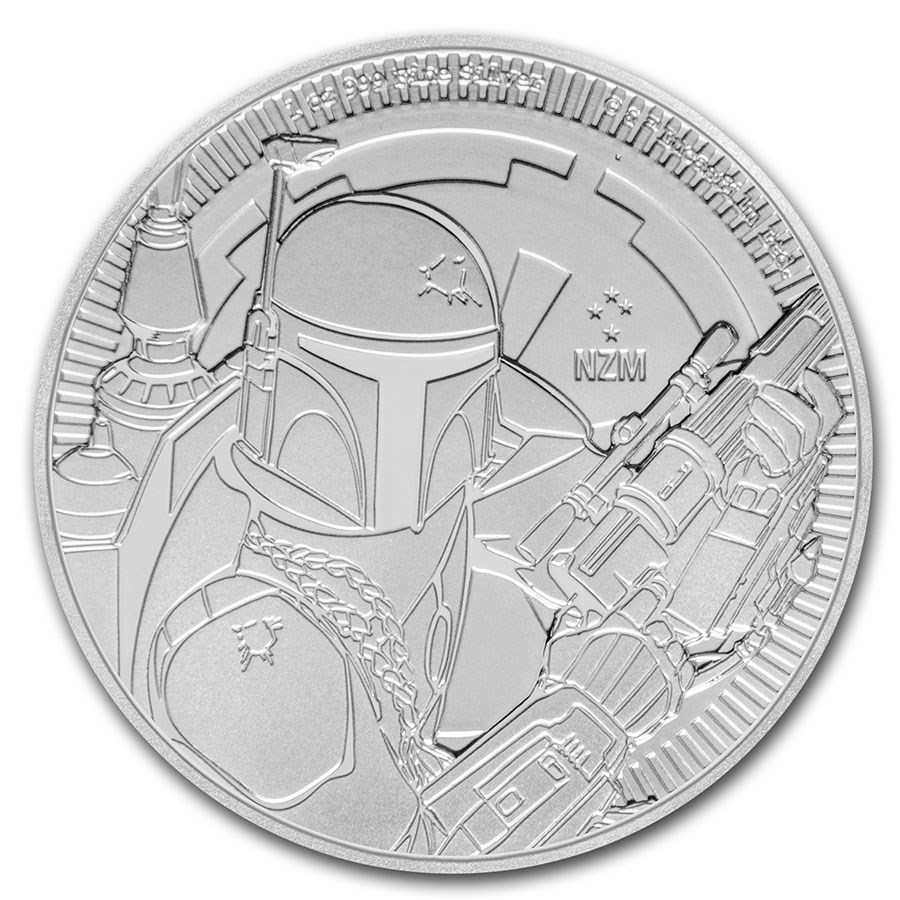 Product Details
Product Details
The sixth release in the STAR WARS bullion series by the New Zealand Mint features a close up of Boba Fett in Mandalorian style armor and holding his blaster. The 1 oz coin is commemorated in .999 fine Silver.

Be sure to grab this highly collectible coin immortalized in .999 fine Silver. Star Wars mint coins are a great gift for a young numismatist or Star Wars fan of any age. Add this 2020 1 oz Star Wars Boba Fett coin to your cart today! And may the Force be with you!


Boba Fett Bullion Silver Coin
Within the Galactic Empire there are few bounty hunters as well regarded as Boba Fett. With his iconic Mandalorian-style helmet, uniform, blaster and jet pack, Boba always gets his man, carbonite or no carbonite. Celebrate this classic movie character stamped in solid silver.

Disappointed it did not come in a capsule.

I am very satisfied with this product, I bought 5 coins and there are beautiful.

I like the Niue Star Wars series. Very attractive coins!

Great design. Best So far in this series

Great addition to my collection