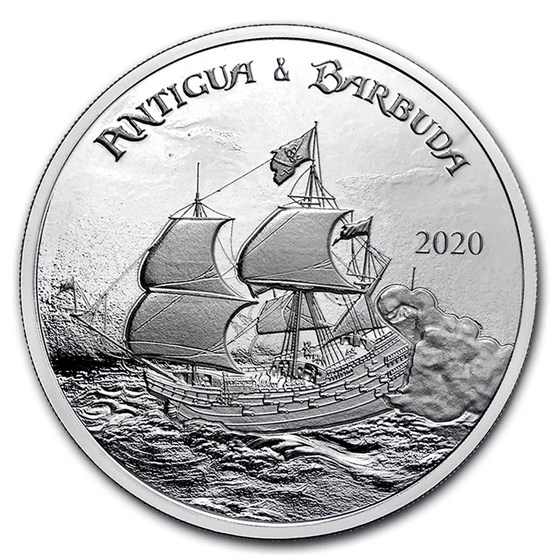 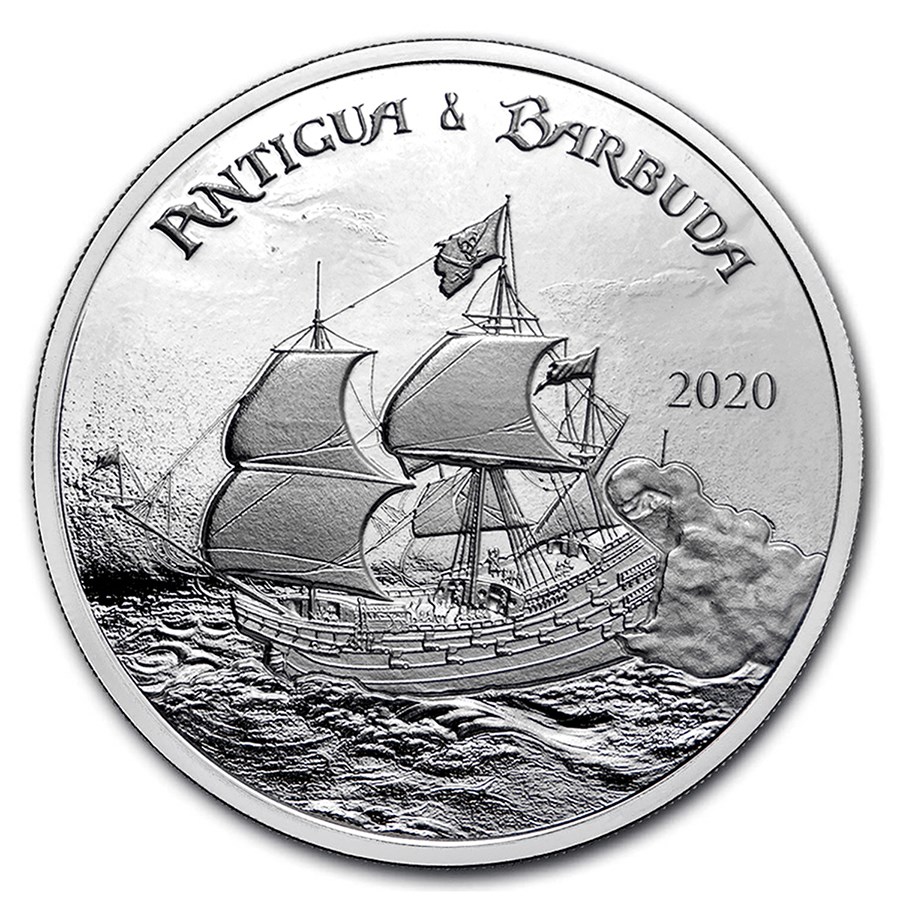 Product Details
Product Details
Any quantity only $7.99 per coin over spot
The EC8 program kicks off again in 2020 with the popular Rum Runner series. Issued from the country of Antigua & Barbuda, this Silver coin depicts an 18th-century pirate ship with smoke billowing from its gunports as it navigates the ocean waves.

Collect a piece of history from each of the beautiful Caribbean Islands. Add this Antigua & Barbuda Rum Runner Silver BU coin to your cart today!

Love this series! Will buy more...

Coin sculpture is better than I expected

You will recognize the Scottsdale Mint quality when you view the coin in person. You won't be disappointed.

As usual another beautiful coin. I enjoy ordering from APMAX.

always fast service and accurate in fulfilling my orders