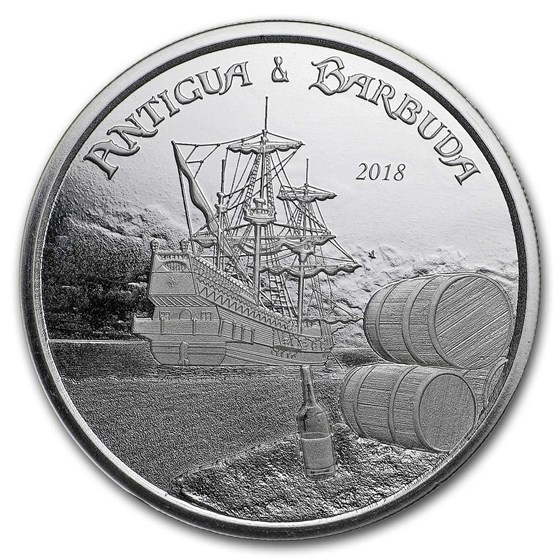 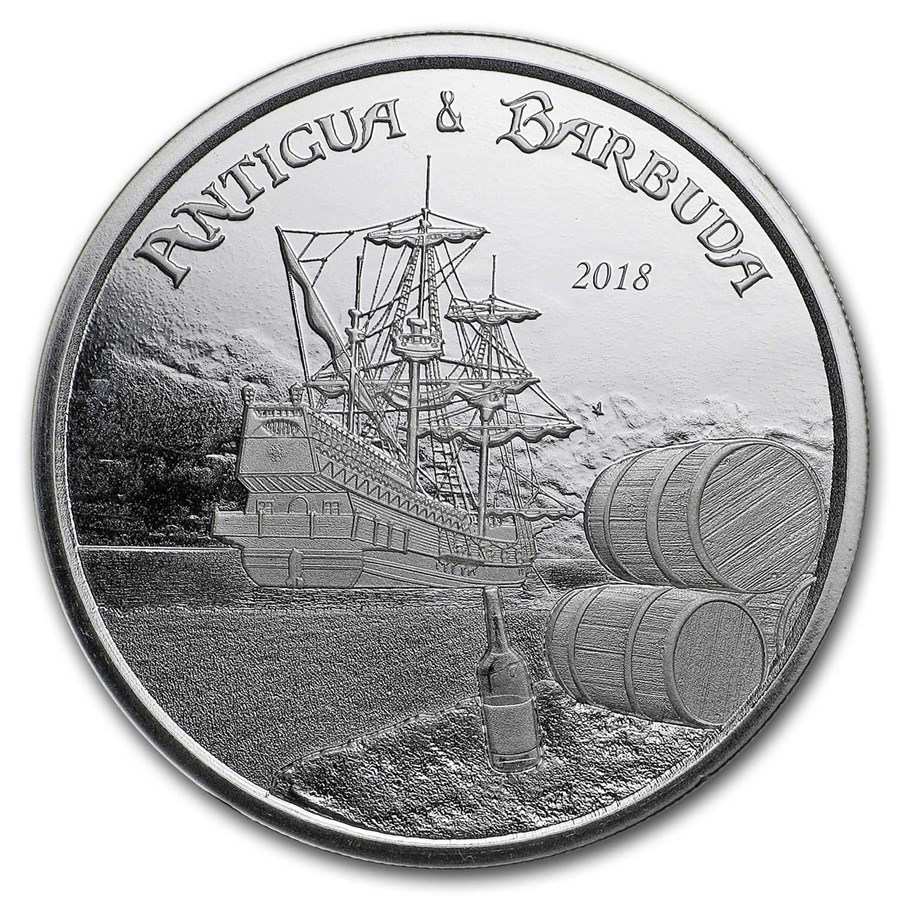 Product Details
Product Details
Only $8.99 per coin over spot
The Rum Runner is the first issue in the new EC8 (Eastern Caribbean 8) coin program. Issued from the country of Antigua & Barbuda, this coin is the first of eight releases in this historic series featuring low mintages and rich designs.

Collect a piece of history from each of the beautiful Caribbean Islands. Add this Antigua & Barbuda Rum Runner BU to your cart today!

I am a lover of sailing vessels and I am trying to collect everything nautical. These are beautiful examples and I am very pleased.

Great looking coin with a popular subject, ship. I'm a big fan of Scottsdale Mint coins. Looking forward to the next issue.

Pairs Well With the Colored Proof !!!

Of course the colored proof looks much better, but this is a first issue of the series and worth grabbing one or more.

I'm from the islands and hoped to buy the whole series. Very disappointed. Very low coin relief, coins appears stamped rather than pressed. Clouds appears as defects rather than actual clouds. Higher relief would have made an attractive design.

I just received this silver coin and it's so perfectly themed with a great design. A definite must-have in your collection, and in my opinion the best out of the eight being offered by the ECCB.

Good looking coin! Hope the rest of the set is as nice.