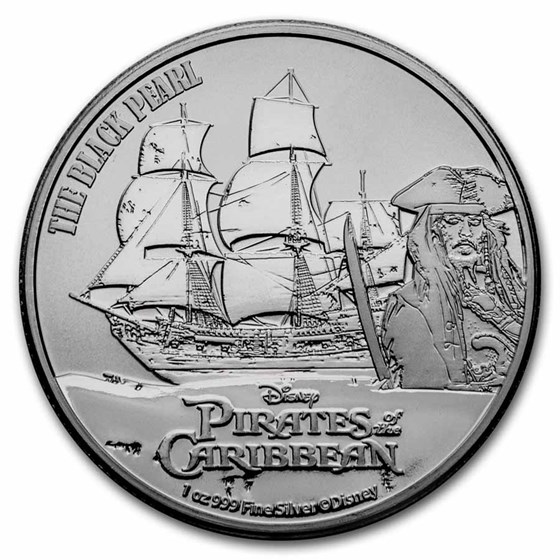 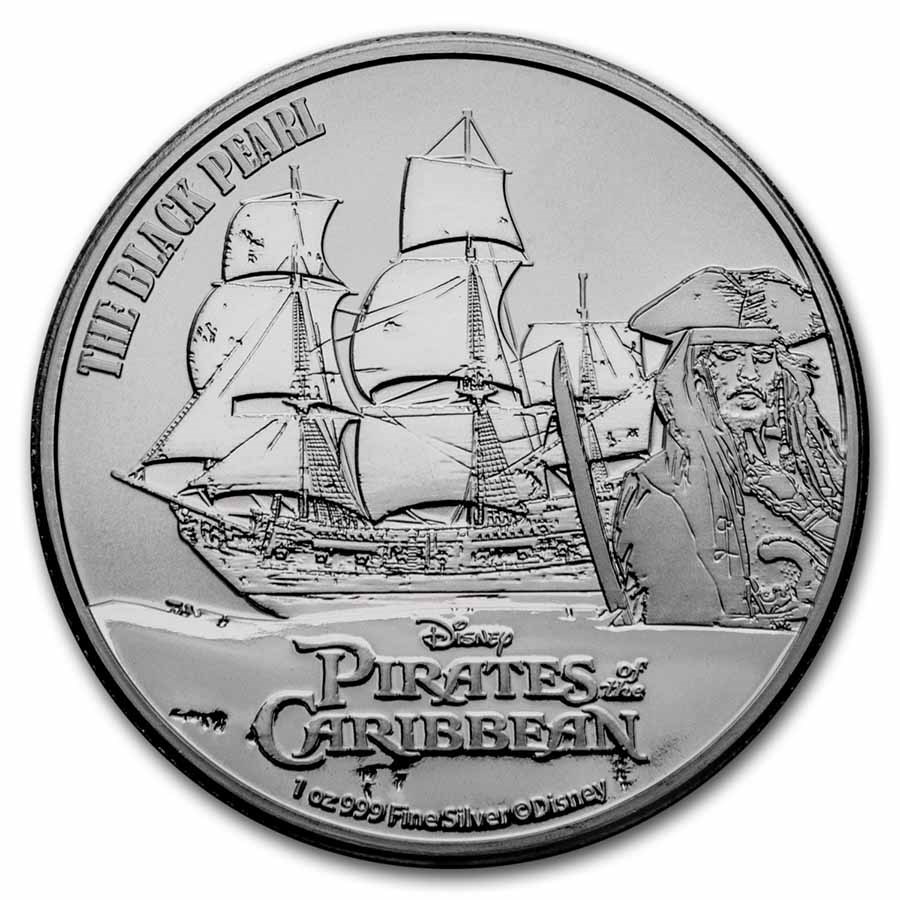 Protect your new Pirates of the Caribbean bullion coin from fingerprints by adding these cotton gloves to your order.

This coin is the perfect treasure for Disney pirate fans and coin collectors alike. Add this Pirates of the Caribbean coin to your cart today!

Pirates of the Caribbean
Disney took one of their older theme park rides with little to no backstory and turned it into one of their most successful film franchises. Pirates, ghosts, adventure, cursed treasure and plucky comic relief, what's not to love?! The series entails the misadventures of Captain Jack Sparrow, played by Johnny Depp, as he seeks the return of his ship, his crew or some accursed treasure. Filled with a cast of unique and lovable characters portrayed by talented actors, these films are a rollicking good time!

Very nice coin. A collectable. Wil go into my collection.

The coin is worth the money. It has the Johnny Depp and the Black Pearl design on the same coin.