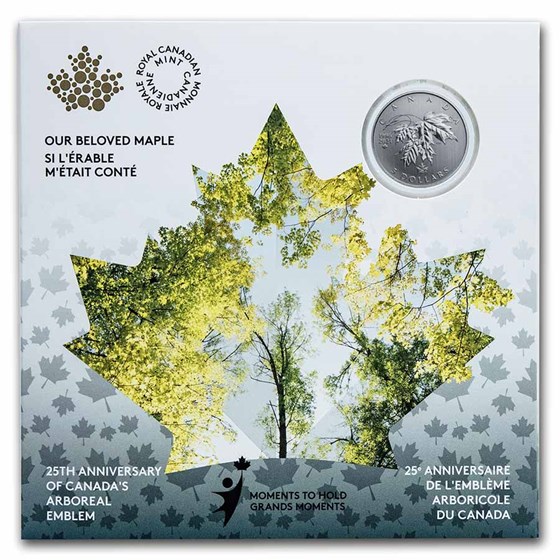 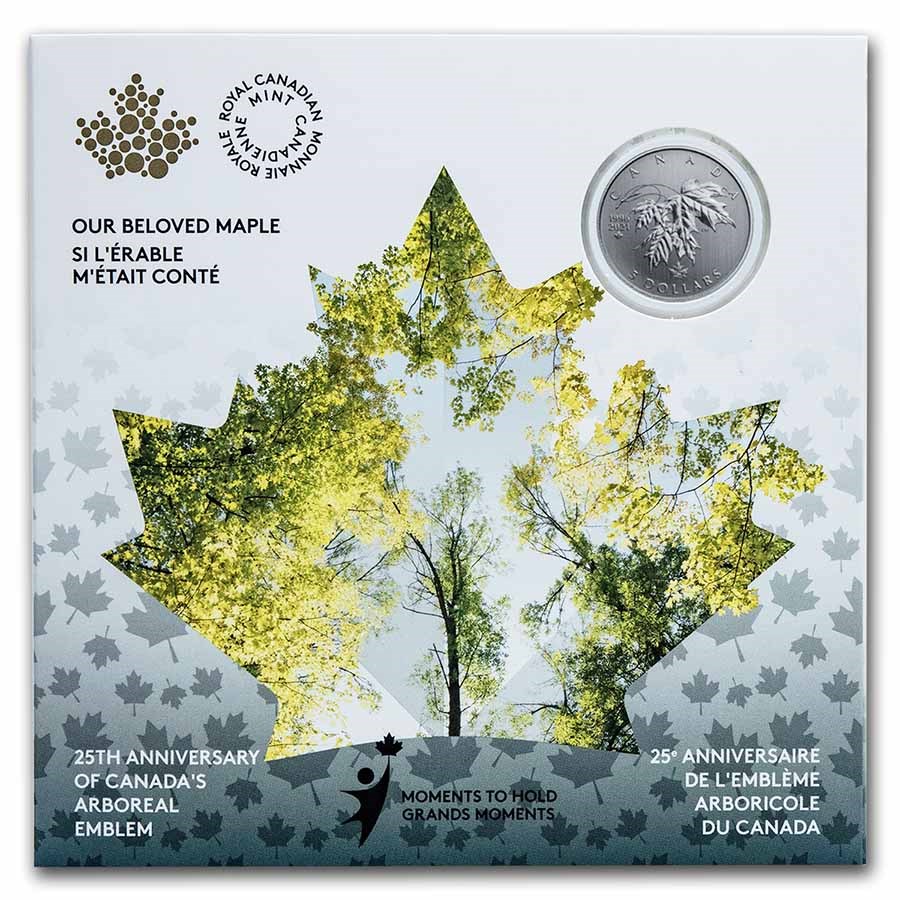 Product Details
Product Details
The second 2021 Moments to Hold coin celebrates a maple milestone! The maple (Acer) is a big part of life in Canada: its leaf proudly adorns the flag and there’s a good chance a maple tree is helping to beautify your surroundings.

Canadians harvest the maple’s wood and sweet sap, and we celebrate its foliage throughout the seasons. Our attachment to the maple runs deep and its historical significance makes it the obvious choice for our national tree. That designation became official 25 years ago, on April 25, 1996, when not one but all 10 maple species native to Canada were proclaimed Canada’s national arboreal emblem.


Celebrate the 25th anniversary of the maple’s designation as Canada’s arboreal emblem. A great addition to any new or growing collection – order your maple-themed Moments to Hold coin today! Add this 2021 Moments to Hold: 25th Anniversary of Canada's Arboreal Emblem coin to your cart today!