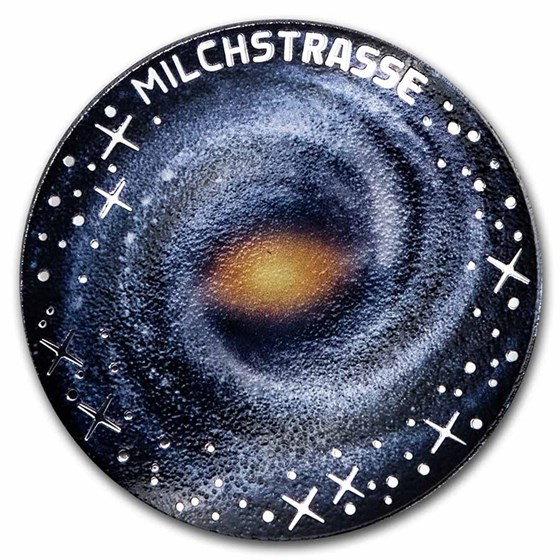 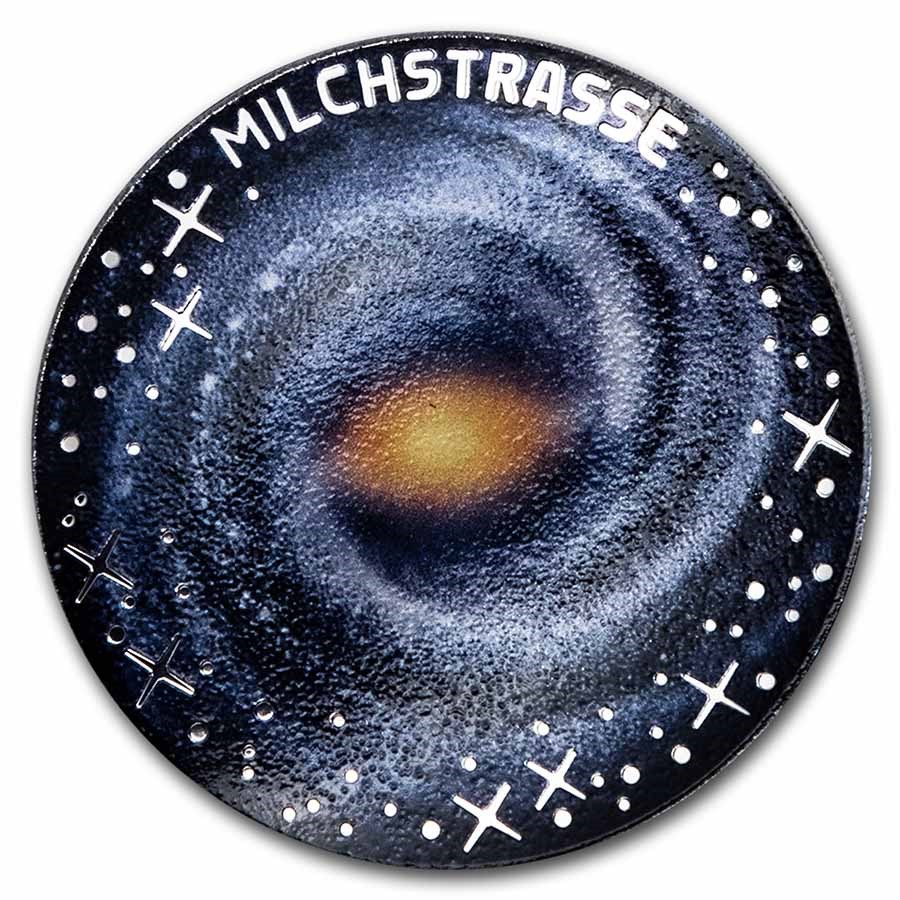 This coin is a fantastic addition to any collection. Add this 2021 Austria Silver €20 Uncharted Universe Milky Way coin to your cart today!

Series: Uncharted Universe
The S-shaped first coin in the series, The Milky Way, is curved in a similar way to our home galaxy. The story it tells about the cosmos also features surprising twists and turns. The ancient Greeks associated the milky band of light that we see when we look into the clear night sky with Heracles, who as a baby sucked on the goddess Hera’s breast so hard that she withdrew it from his mouth, spilling her milk over the sky. The interpretation became more scientific in 1610 when, with the aid of a telescope, Galileo Galilei discovered that the Milky Way actually consists of countless individual stars.

By that time Nicolaus Copernicus had already debunked the long-held belief that the earth, rather than the sun, was the center of the universe, but Galileo was also to show that the sun was just one of a multitude of stars in the Milky Way. The world view was shaken again in 1920 when Edwin Hubble showed that the Milky Way is just one among many galaxies. Although this made the earth seem increasingly insignificant, the smaller the planet felt, the greater our knowledge of outer space became and the more we began to understand our physical place in the cosmos.

Austrian Mint Commemorative Coins
APMEX is proud to offer products from the Munze Österreich, or Austrian Mint. With more than 800 years of coin-production experience, the Austrian Mint in Vienna has become world-renowned for coin production and Precious Metals processing. As a subsidiary of the Austrian Central Bank, the Austrian Mint's foremost task is to produce all of the circulating euro coinage for Austria. But the mint also strikes an impressive range of collector coins and medal, along with producing some of the world's best-selling bullion coins. In addition to the popular Silver Philharmonic coins, the Austrian Mint produces many beautiful commemorative coins to honor people, places and events of its history. More than 400 million coins are produced at the Austrian Mint each year.