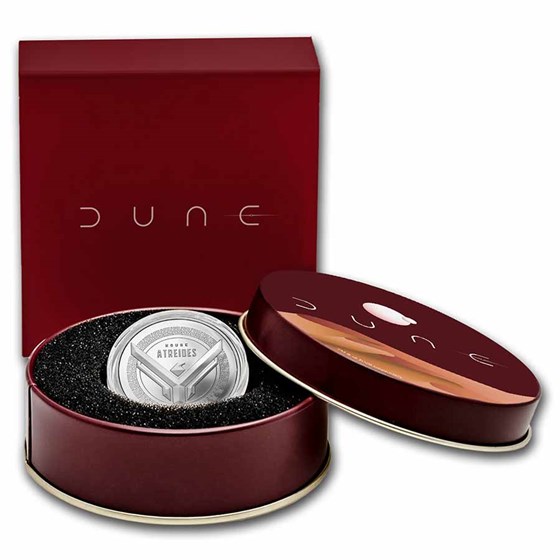 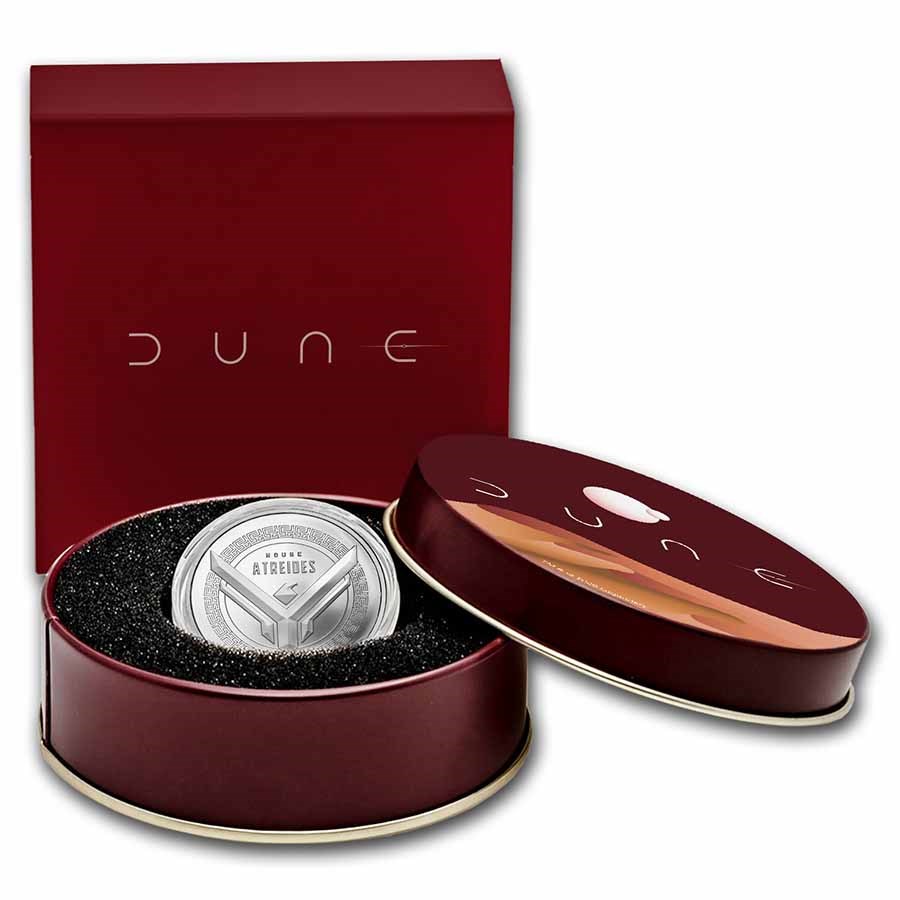 Product Details
Product Details
APMEX has partnered with Legendary to produce this collection that features Silver rounds and a Spice set. This release coincides with the new DUNE® film release.


Handle your House Atreides Silver Round with care by adding these cotton gloves to your order.

Add this sleek Silver round to your cart today!

House Atreides
House Atreides is one of the Great Houses in the DUNE® universe. The beloved house is the hero of the saga, with notable members including Paul Atreides, Duke Leto Atreides, and Lady Jessica. The House is known for its noble ways and compassion for its subjects and allies.

The symbol of House Atreides is a red hawk, but is famously never described in detail in any original novels. This has left the symbol open for interpretation in the franchise. The symbol commissioned for DUNE® features the hawk in a beautiful angular, military-esque presentation.

DUNE®
Originally conceived by famed novelist Frank Herbert in 1965, DUNE® takes place on Arrakis, a desloate planet covered in sand. Most people on the planet struggle to get by, but their planet is also home to the most valuable resource in the Known Universe: Spice Melange. This mysterious substance is mined and sold for large sums of money across the galaxy and enhances mental and physical ability, making it highly desired. The story explores the planet's future as the Great Houses fight for who controls it.

DUNE® is a hotly-anticipated major motion picture set for release in October 2021. APMEX has partnered with Legendary Entertainment to bring the iconic characters, themes and landscapes to life with a limited mintage Spice set, struck Silver rounds, and colorized Silver rounds in TEP packaging

This series of coin is simple and fun. nothing fancy, rather straight forward. the tin container is disappointing. the one I have rattles in the tin. Good thing it is in a capsule. the other problem is displaying it. there is no way to have the lid to help accentuate the coin. with some help from an air-tite easel you may be able to show the coin.