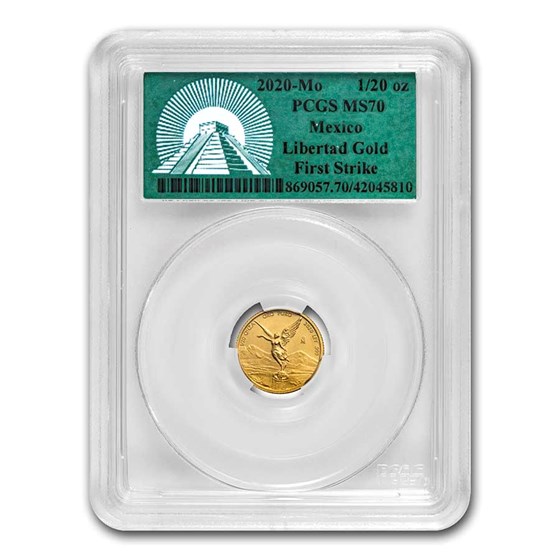 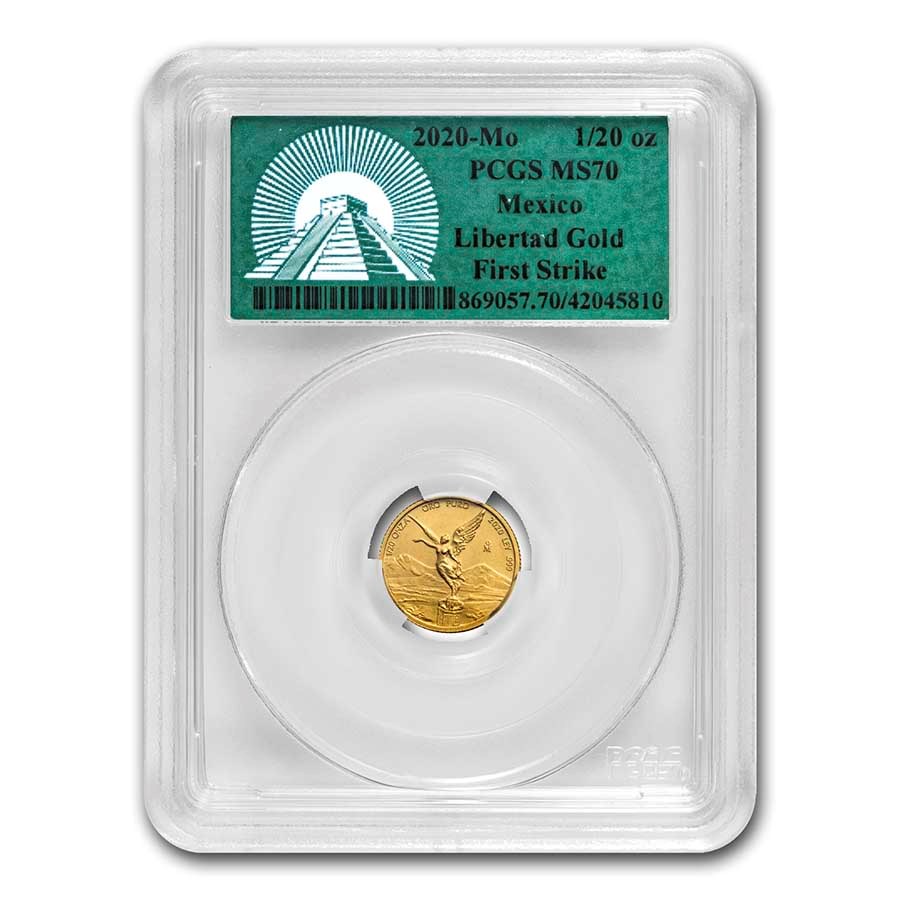 Product Details
Product Details
Fractional Gold Libertads offer the classic coin at a lower price point than the 1 ounce counterpart. The coins have limited mintages, and this particular coin is graded a perfect MS-70 by PCGS.

Gold Mexican Libertads have incredibly low mintages for bullion coins, and the 2020 release had only 700 coins produced. These coins are rapidly gaining popularity in the United States and are not easy to come by. The Libertad is Mexico's most treasured coin and is minted at Casa de Moneda de México, the oldest mint in North America, established in 1535.

This magnificent 1/20 oz Gold coin is a popular choice not only because of its attractive design, but also its mintage at Casa de Moneda de México, the oldest mint in North America. Add this 2020 1/20 oz Gold Mexican Libertad coin in MS-70 First Strike condition to your cart today!

Mexican Mint
The Libertads are produced at La Casa de Moneda de México (Mexican Mint), the oldest Mint in North America. It is also the national mint of Mexico, first established in 1535. The Bank of Mexico is Mexico's central bank, and is the Mexican Mint's largest client, producing both circulating coinage and currency for the country, as well as Precious Metal coins. The mint is located in Mexico City.