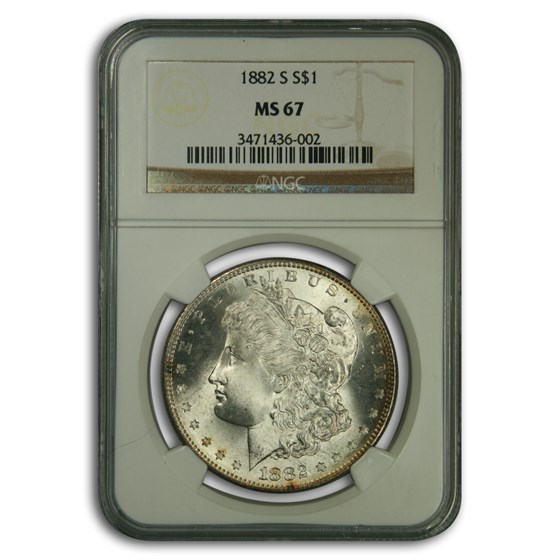 Product Details
Product Details
This 1882-S Morgan Dollar is one of the most sought-after coins in the world. It has been certified as MS-67 by NGC, one of the top two coin grading services, making it a great addition to any numismatic collection.

Protect your collections in your home by adding a Safe or Lock Box to your order.