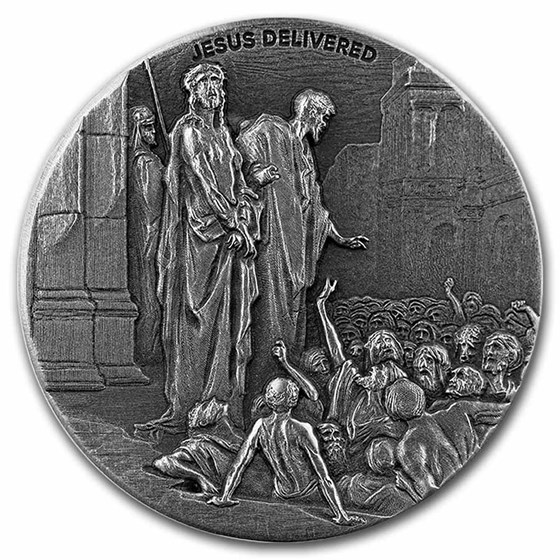 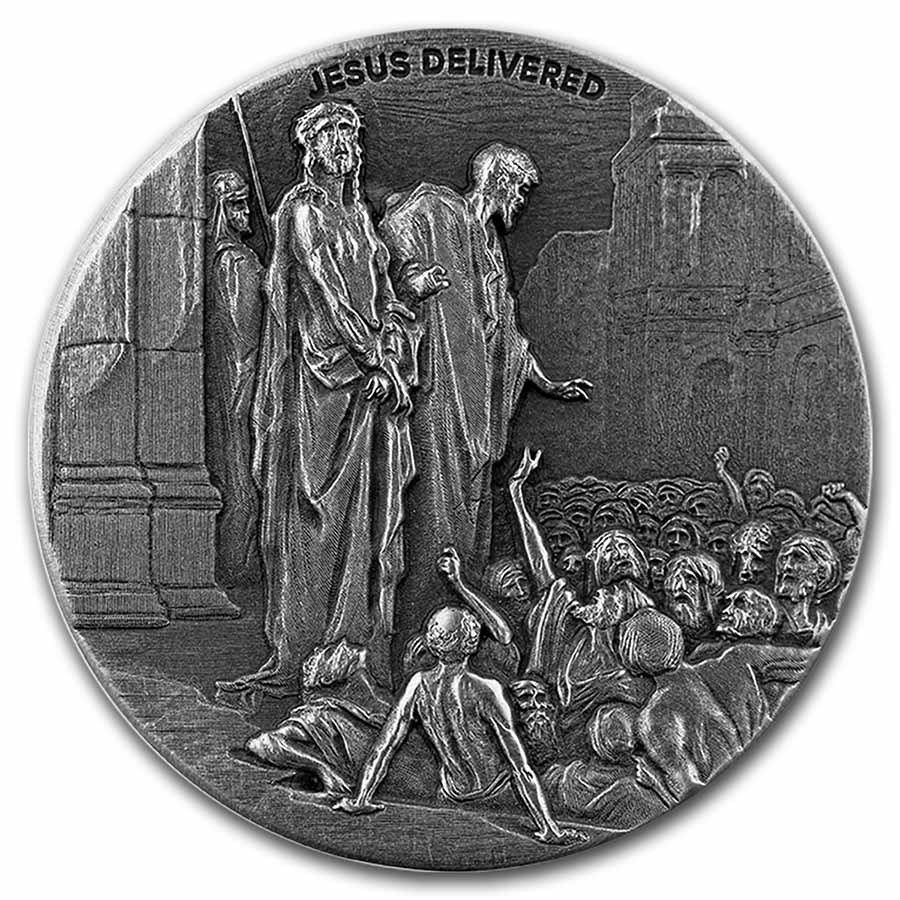 Product Details
Product Details
Jesus Delivered to be Crucified is the second 2021 release, and the 38th overall release in the Biblical Series featuring iconic biblical scenes. Each of these 2 oz Silver coins has a mintage of 1,499 pieces and features a high-relief, rimless design.

Scottsdale Mint has done a phenomenal job of showcasing various narratives through their innovative designs on each of the Biblical Series coins. This stunning antique-finish coin is the perfect way to start this year's installments of the series. Start your own journey or give a fantastic gift with this dramatic Silver 2 oz coin. Add the 2 oz Silver Jesus Delivered to be Crucified coin to your cart today!

The certificate of authenticity has an antique feel that coincides nicely with both the finish of the 2 oz coin and the design subject. Included on the certificate is an image of Gustave Doré's Jesus Delivered to be Crucified, showing how accurately Scottsdale Mint's creative team recreated the original artwork for this coin series.