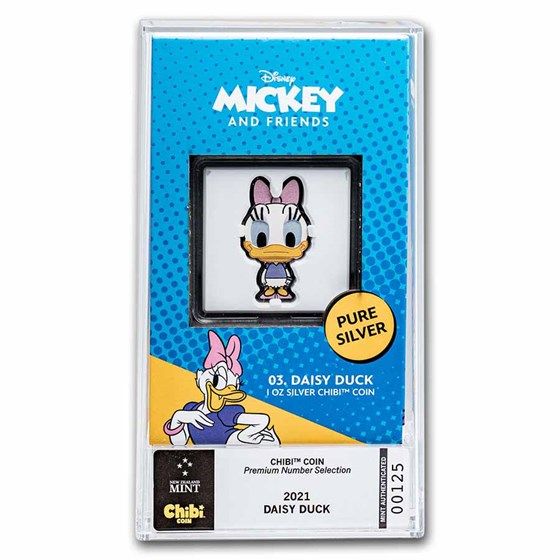 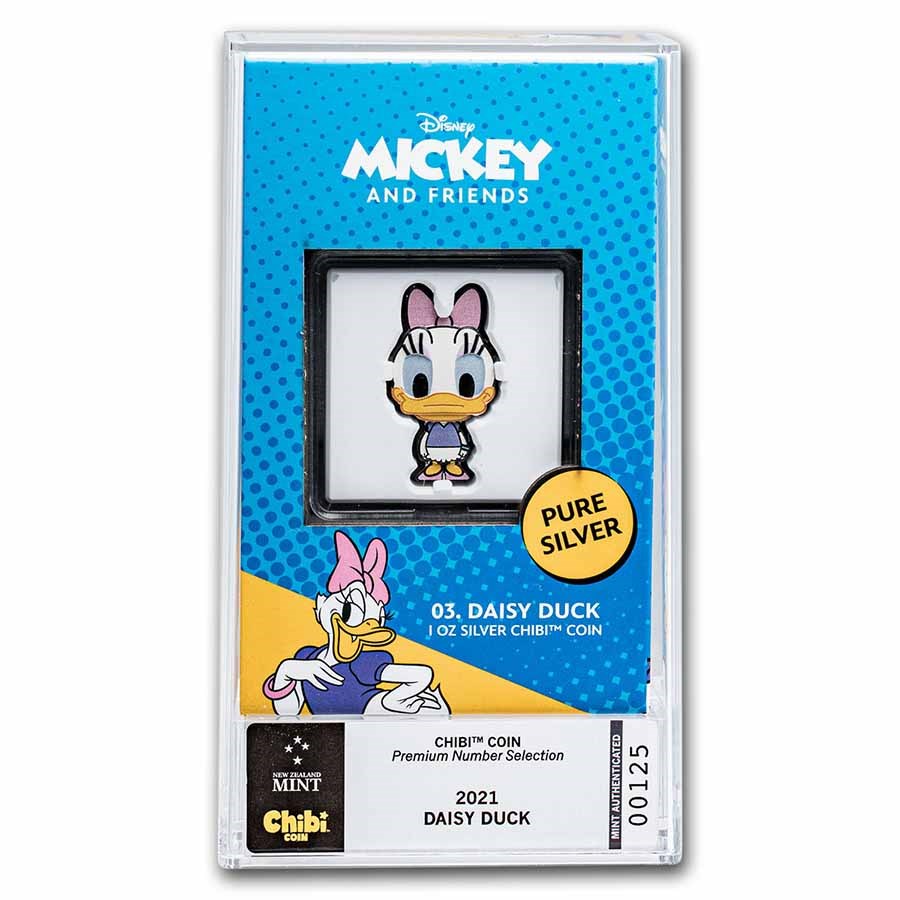 Product Details
Product Details
Daisy Duck is the third release of the DIsney Chibi Coin series! Chibi coins in this listing come in a secure acrylic display case with an authenticated production number that is randomly selected among the first 200 of only 2,000 minted!


Disney and Chibi fans will love this well protected Daisy Duck Chibi coin with secure display and production numbered authentication. Be sure to collect yours today!

Disney's Daisy Duck
Daisy Duck is a sophisticated cartoon character introduced in the 1940 short film "Mr. Duck Steps Out." Like Donald Duck, Daisy is an anthropomorphic white duck; however, she is more feminine with long eyelashes and ruffled tail feathers and is often seen wearing a hair bow and heeled shoes.

Daisy is the graceful, glamorous and loyal best friend of Minnie Mouse. She also shows a strong affinity toward Donald Duck and is very devoted to him. Daisy has appeared in a total of 14 films, multiple television series, comic stories and games.