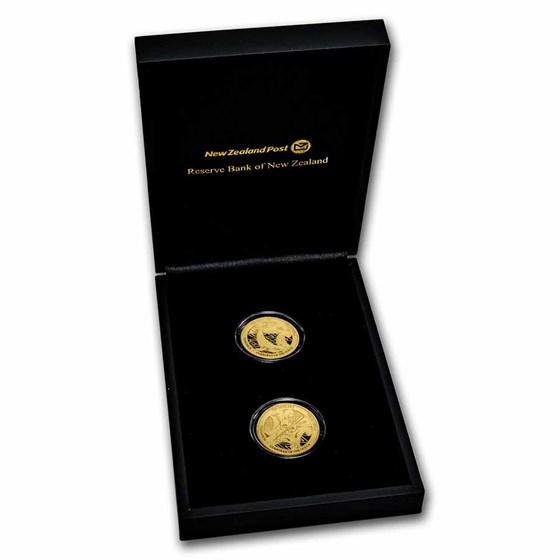 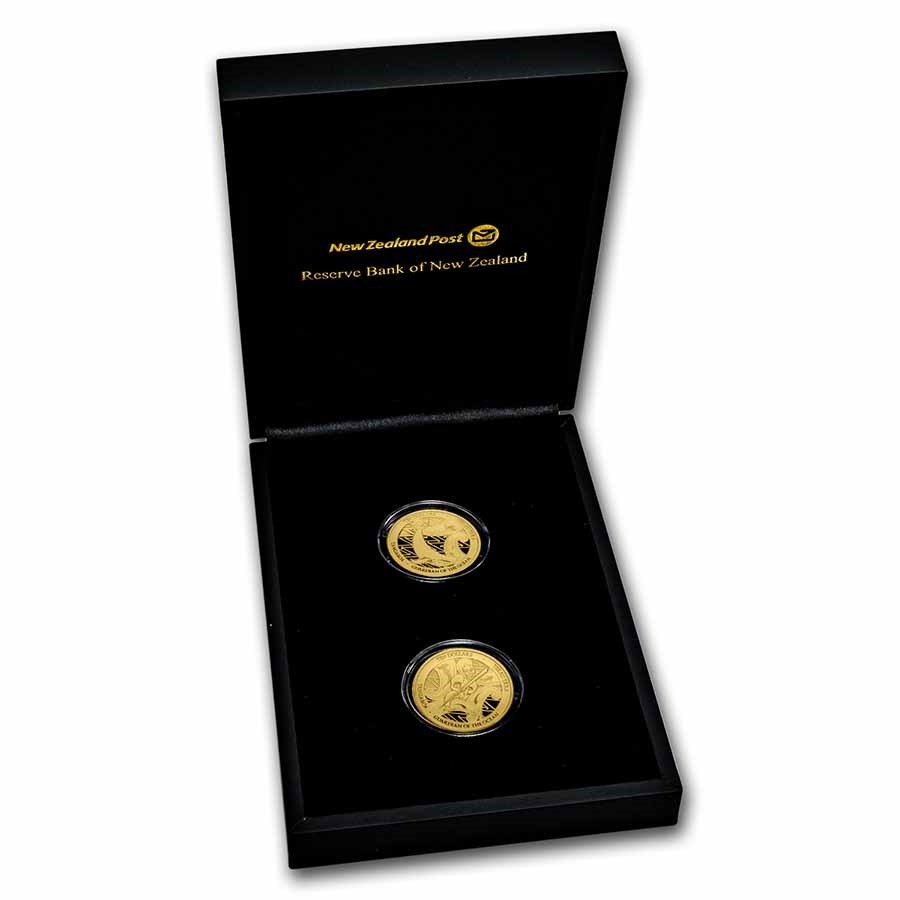 Your purchase is guaranteed to match the quality of the product shown. It will not be this exact item.
Product Details
Product Details
Only $2,745.00 per set
This set includes two 1/2 oz Gold coins and is the first release in the Guardian of the Ocean series. This set has a mintage of only 150.

Don't miss out on this amazing set, the first in the series. Add this unique Gold set to your cart today!

Tangaroa - Guardian of the Ocean
Tangaroa is a deity described in Maori traditions as the kaitiaki (guardian) of all oceans and waters. He is one of the children of Ranginui (the sky father) and Papatuanuku (the earth mother), from whom life originates. This set was design by Maori artists Kaaterina and Tai Kerekere.

New Zealand Post
Along with the Reserve Bank of New Zealand, the New Zealand Post is the sole issue for all New Zealand legal tender coins. The mint does not product coins but sources out to some of the most recognized mints in the world.