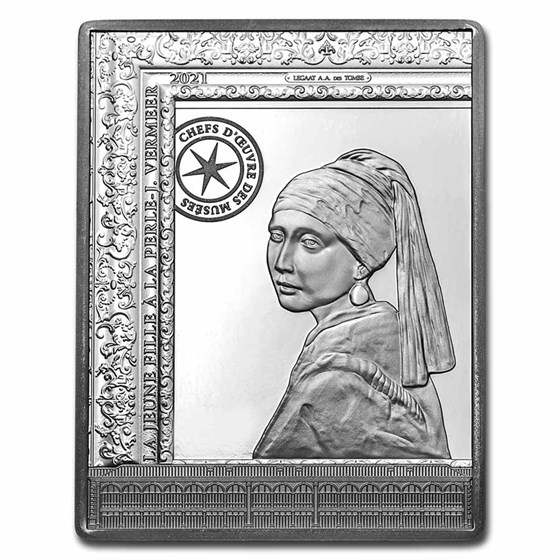 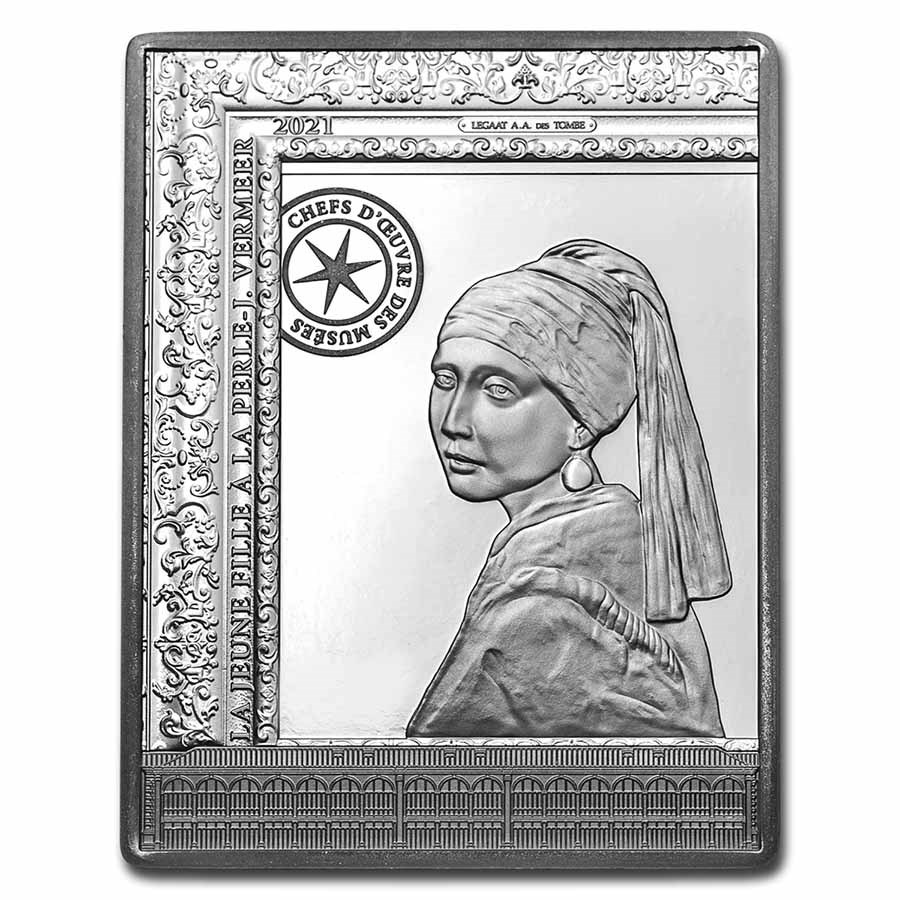 Product Details
Product Details
Masterpieces of Museums from Monnaie de Paris celebrates works of art which have been the subject of major exhibitions or were produced in France. This release features "The Girl with a Pearl Earring" by Johannes Vermeer.


This unique Silver coin would be a great addition to any collection or an ideal gift for an art enthusiast. Add this 2021 Silver €10 Masterpieces of Museums Proof (The Girl with a Pearl Earring) coin to your cart today!

The Girl with a Pearl Earring
Originating in 1665 from Johannes Vermeer, this painting represents the Golden Age of Dutch Painting. In 1921, the painting traveled outside of the Netherlands for the first time and was on display in Paris at the Jeu de Paume museum.

Monnaie de Paris
Founded in 1864, not only is Monnaie de Paris France's longest standing institution but it is also the oldest enterprise in the world. Today, they mint strikes circulation coins for France, as well as beautiful Gold and Silver commemorative coin programs, which are each intricately designed works of art. The mint is also home to a museum which hosts exhibitions, tours, and workshops as well as the Guy Savoy Restaurant.