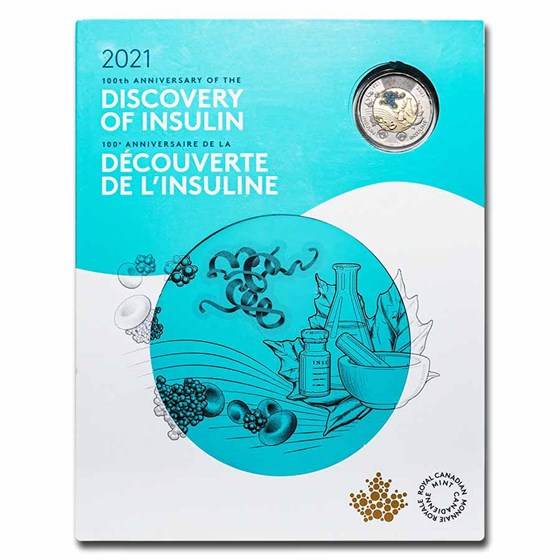 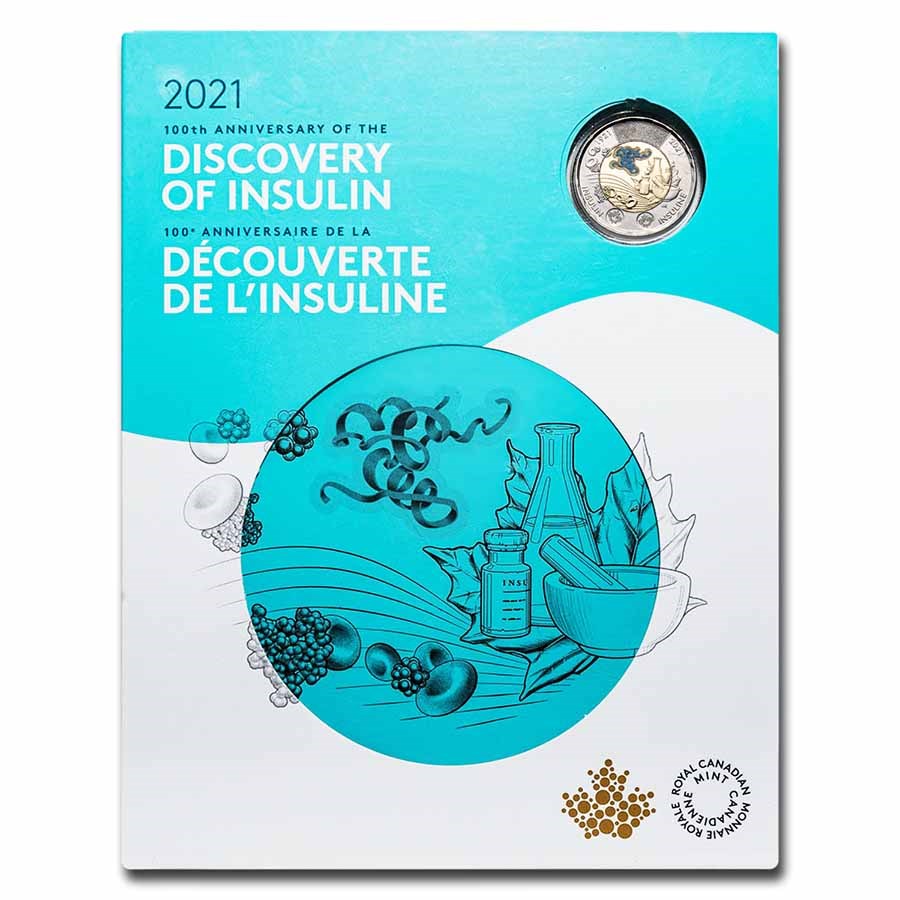 Product Details
Product Details
In 2021, the $2 Discovery of Insulin circulation coin commemorates the 100th anniversary of a Canadian innovation that has saved millions of lives.

You’ll find two different versions of the $2 commemorative coin in this seven-piece keepsake set: a selectively colored piece and a non-colored version. Packaged alongside five other denominations issued in 2021, these uncirculated circulation coins come ready to view and display in a keepsake collector card that celebrates a Canadian medical breakthrough.


Add this 2021 Discovery of Insulin Collector Keepsake Set to your cart today!