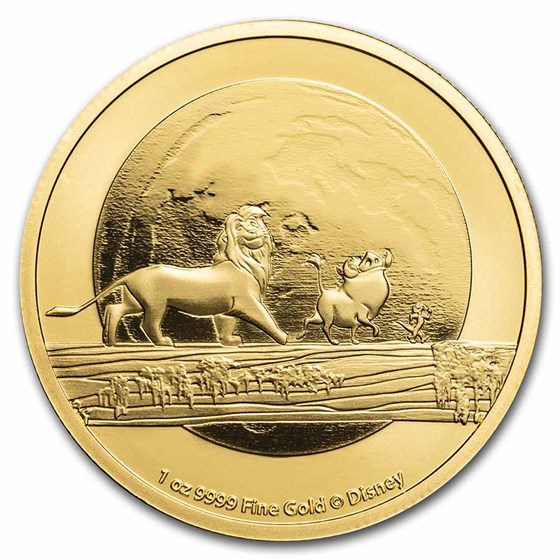 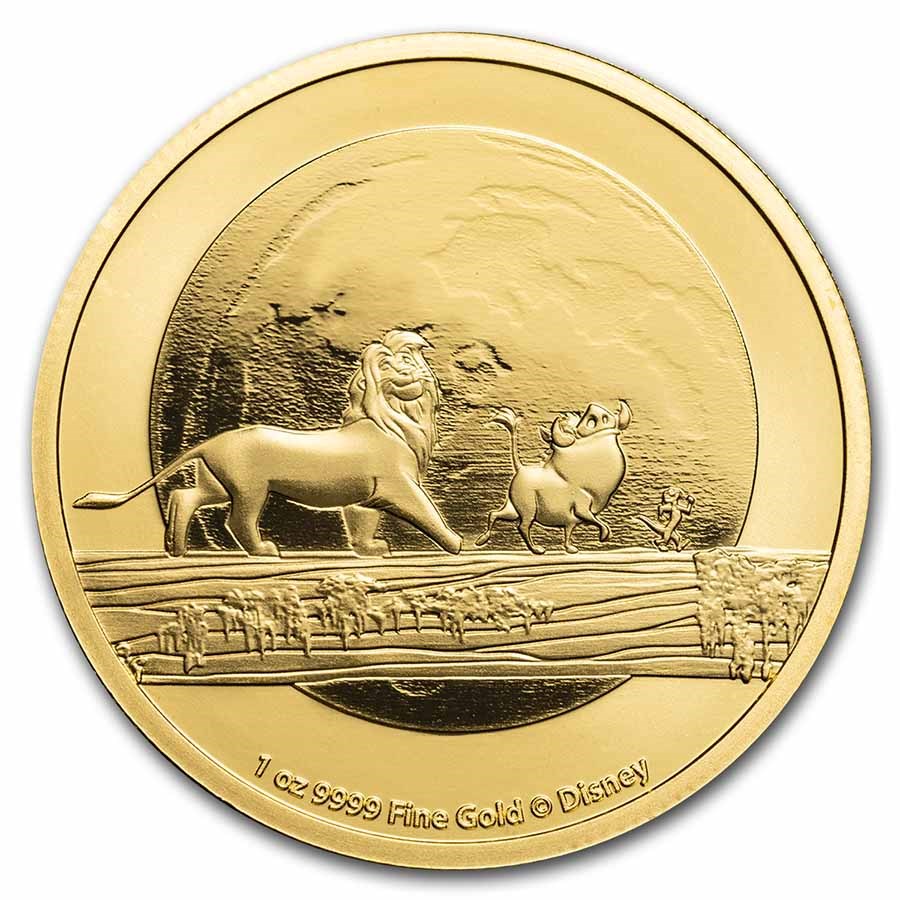 Product Details
Product Details
The third release in our APMEXclusive® Disney The Lion King series features an officially licensed image from the "Hakuna Matata" musical montage. Simba, Pumbaa and Timon are framed against a full moon as Simba transitions to young adulthood.

The Lion King was an iconic Disney movie released in the mid-1990s. It has been a favorite of movie-lovers ever since. Add this limited mintage 1 oz Gold Lion King coin to your cart today!